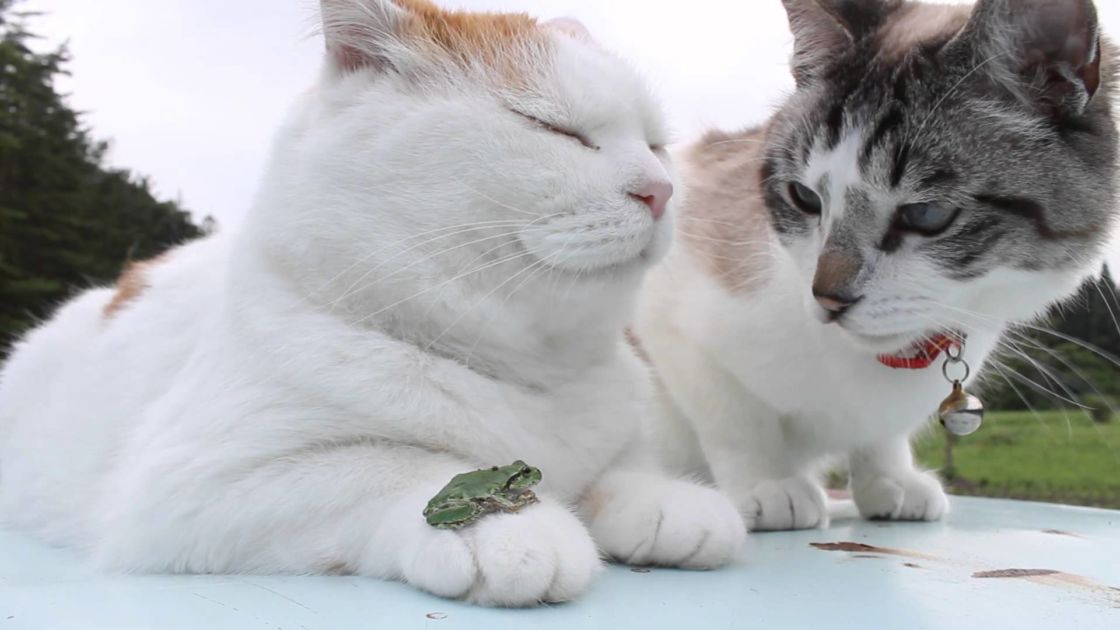 Sometimes, ignorance really is bliss. In this instance, because the alternative is the realization that there is an actual frog resting on the paw of this kitten, and it’s not something we even want to think about.

This cat is just hanging out outside, enjoying what looks like a standing nap with a friend. But what really gets us is the fact that while he enjoys his nap, a little green frog makes itself right at home on the paw of the cat. 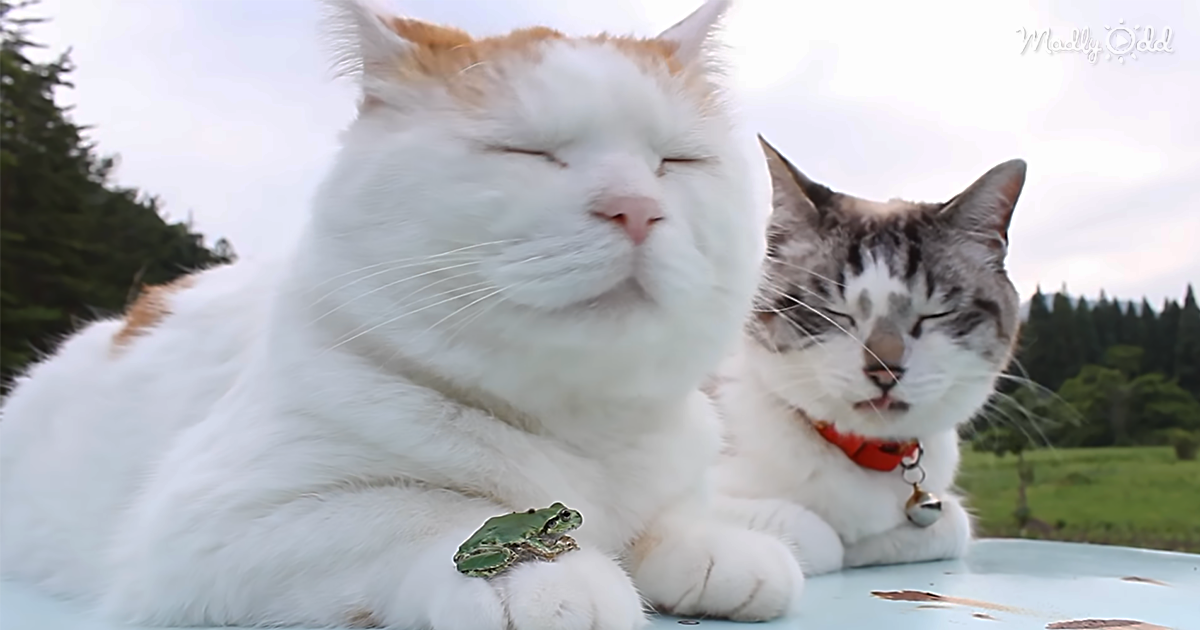 The cat, however, doesn’t seem to realize that there is a frog on his paw. His friend definitely notices, but he isn’t too worried about what is going on; clearly. He continues to keep his eyes closed and his nap in place, and he lets the frog just hang out on his paw while he does so.

Is it just me, or has this cat found Master-level Zen? He hasn’t a care in the world. I love how he even looked right into the camera, almost challenging the person filming to dare to remove the frog. 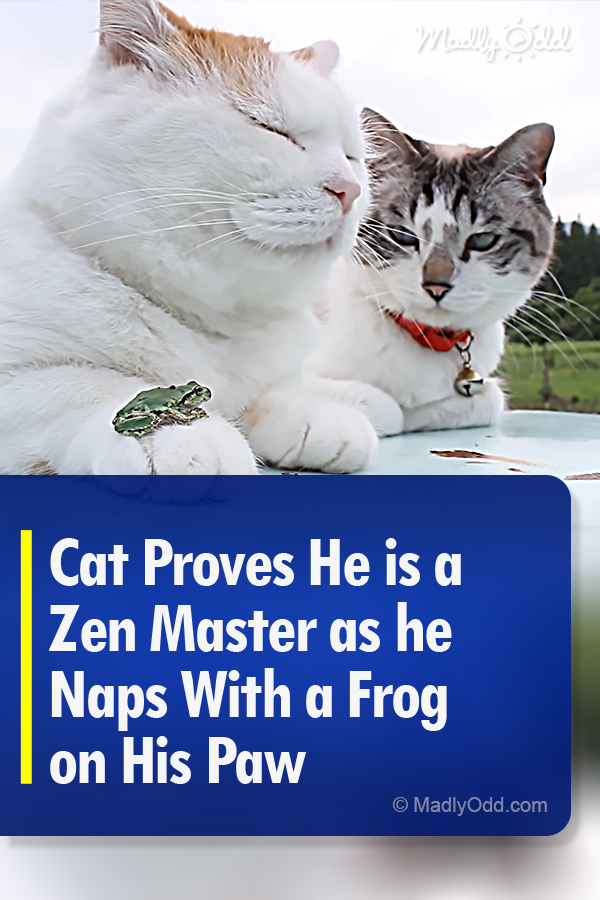