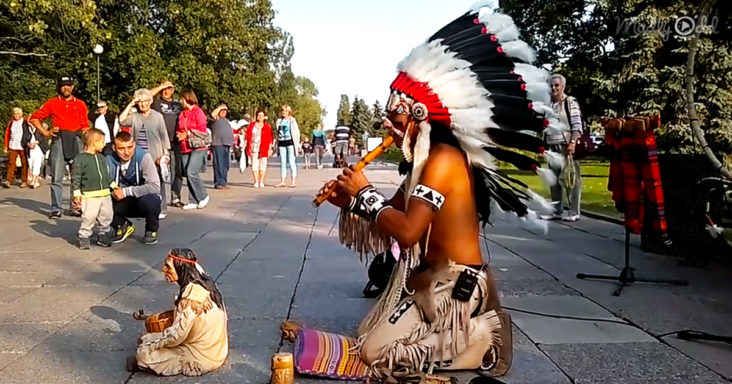 He is about to play “El Condor Pasa” (“The Condor Passes”). A classic Peruvian orchestral musical piece composed by Daniel Alomia Robles in 1913. The song is inspired by traditional Andean music.

He shakes his rattles, and the strings play as he sways with the music. A small crowd of people gathers to watch him. Among them is a little boy with his father. 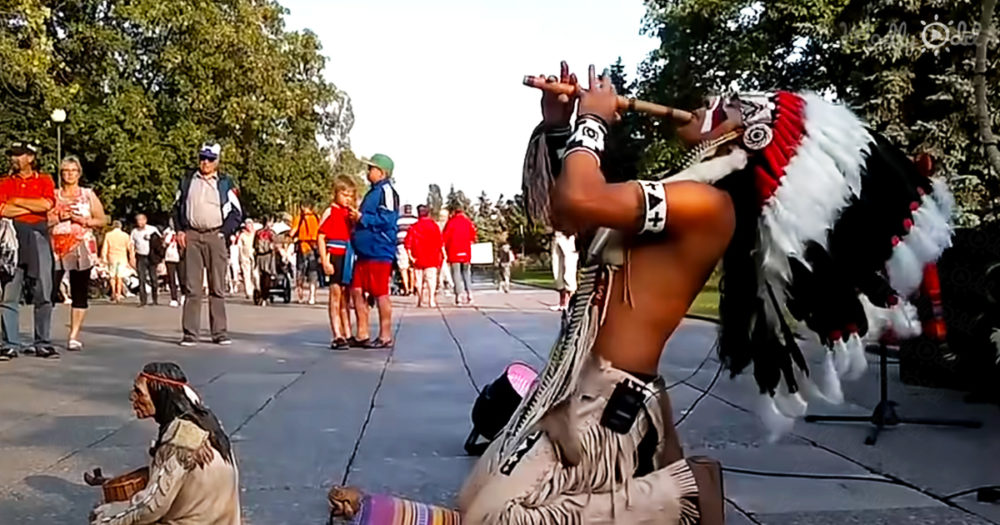 Then he gently picks up the wooden love flute and begins to play. On his face is a mic to help pick up the sound. The music bounces up, and he, in turn, bounces to the music as he plays “El Condor Pasa” on his flute.

This version of the song sounds very natural and wonderful to hear. The crowd around him begins to increase. Two women and a man walk up to him and donate money.

As the song nears its end, he draws the note on his flute. He gestures with his hand and raises the flute from his lips, holding it out to the sky like he’s saying a small prayer.

He finishes to a burst of applause from the crowd around him. But he turns to the camera and gives us a friendly wave. Then, he gets up from his mat, done with giving us a natural and traditional song.