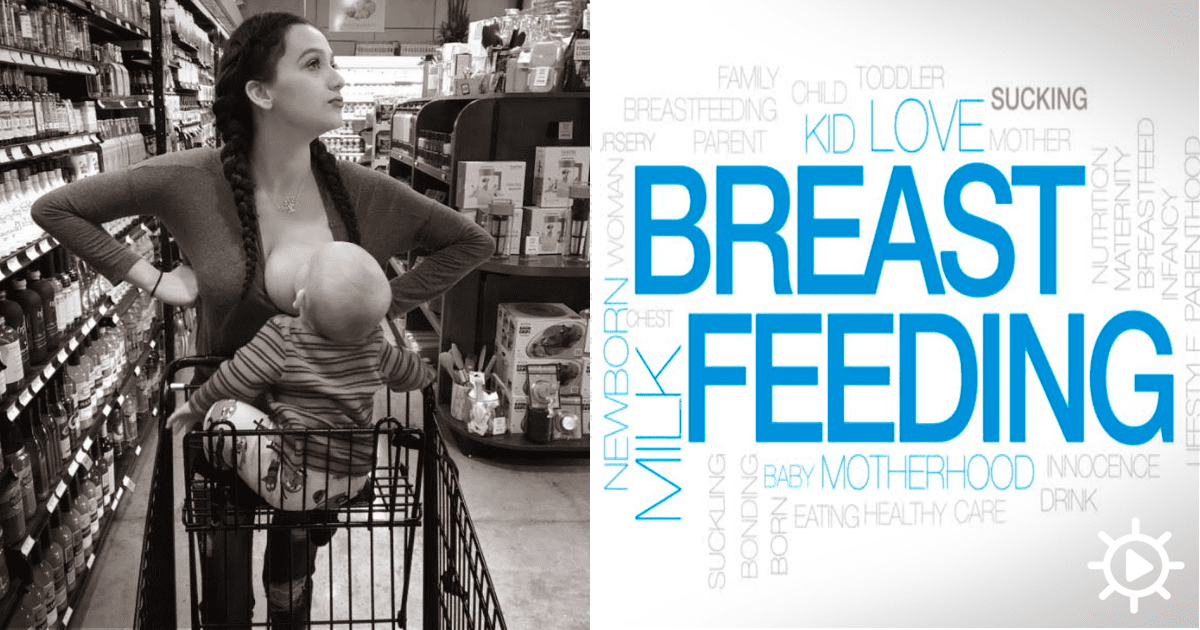 Different people have different ideas about public decency and there’s always controversy about moms breastfeeding their babies in public. Some people think there’s nothing indecent about it. But others think it should be done only behind closed doors and these opponents of public breastfeeding can get pretty brutal in their criticism.

Whitney Huntwork was one new mom who got tired of people yelling at her for her supposedly “disgusting” habit of breastfeeding her child in public. So she penned an open letter on behalf of herself and all breastfeeding moms. To her surprise, it spread like wildfire on-line. Once you read it, you’ll see why it was so popular:

“Anytime. Anywhere. You can stare, I don’t care. I’ll feed my hungry child, here or there, if you don’t like my boob I still don’t care. A restaurant? A store? It’s boob juice galore! A theater? A museum? But you’re more focused on trying to see them! Bottle or boob, it’s all just food. You still think I should cover? You should run and tell your mother. Pull out your phone and take a picture? But I’m the one who’s the problem? Don’t you wish we could all mind our business? That would sure solve them! Think I am disgusting? I could say the same? Think I am playing an attention-seeking game? You are wrong because you see, really I am only worried about the comfort of my baby and me! Sincerely, Whitney, the bad-ass breastfeeder and her bad-ass son fueled by purely boob juice.”

Huntwork had hoped some people would see her post and maybe understand her side of the story. It certainly worked! It was quickly shared nearly 150,000 times and not a few of her critics were silenced.

Do you think it’s okay to breastfeed in public? Is there a compromise solution? Let’s hear your thoughts in the comments at Facebook and be sure to like and share!