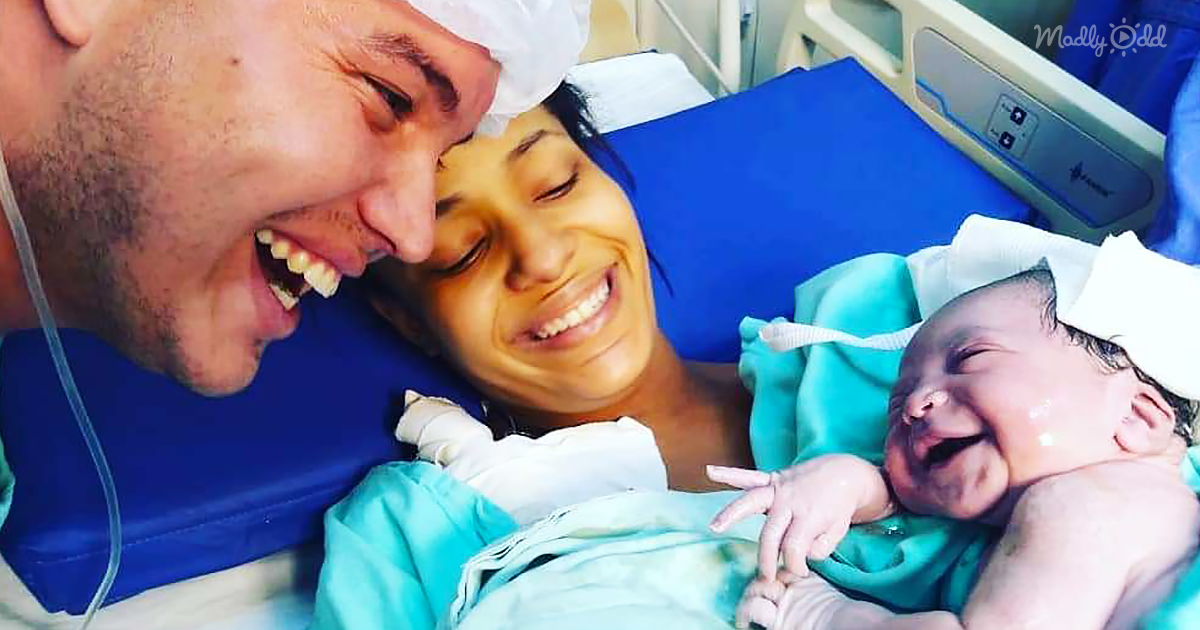 Rio de Janeiro resident Flávio Dantas is a proud father who proves that the bond between daughter and dad is stronger than we realize. During his baby’s time in her mother, Tarsila Batista’s belly, the loving father would rub her stomach while talking to his unborn child. Every time Flávio said, “I’ll always be there,” his baby girl would kick.

On August 11th, 2019, which coincidentally is the local Father’s Day in Brazil, Tarsila gave birth to a healthy baby girl who they named Antonella. The new mother recalls being handed her newborn, who was sleeping at the time. After being placed atop her, Antonella still didn’t wake up.

It was only when Flávio came closer, leaning in to greet his baby girl by uttering the same words he had every day before saying, “Hello, I’ll always be there,” that Antonella opened her eyes for the first time. With the awakening came the biggest smile you’ve ever seen, a very strange way for an infant to take in the world for the first time.

The happy family captured the picture of Antonella opening her eyes and smiling, sharing the sheer joy seen with the rest of the world. People have received the happy event with open arms, with the shared appreciation shared across social media.

Tarsila describes her baby girl as a “gift sent by my Lord” while her loving father was completely overwhelmed, explaining that his love for his little one is “too big to fit inside his chest.” The picture of Antonella recognizing her father’s voice didn’t take long to become a global sensation.

Antonella smiling went viral before the little one was even a day old. One gets a clear sense of their love for each other and their newborn daughter as they are seen in the hospital ward with huge smiles on their faces matching that of the tiny tot.

Flávio’s exact Instagram caption to the photo of his smiling translates to “I can’t explain the feeling I felt at that moment. Every day I talked to my daughter in her mother’s womb, I always told her that I loved her, that Dad was there and that I was going to be the best father in the world! When she was born, how did she repay me? With that smile, that is more than pleasant.”

Could there ever be a more fitting daddy’s girl than baby Antonella born of Brazillian Father’s Day – an infant who immediately started smiling after hearing her dad’s voice? Flávio Dantas and Tarsila Batista have been showered with positive comments and loving adoration. After all, one doesn’t often see a newborn opening its eyes with a smile. 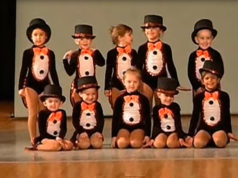 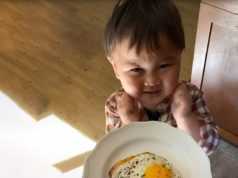 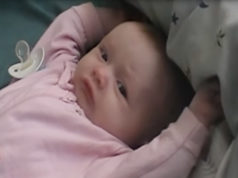 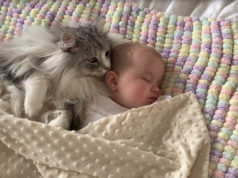 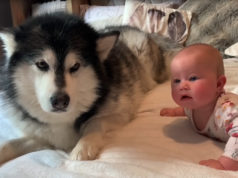