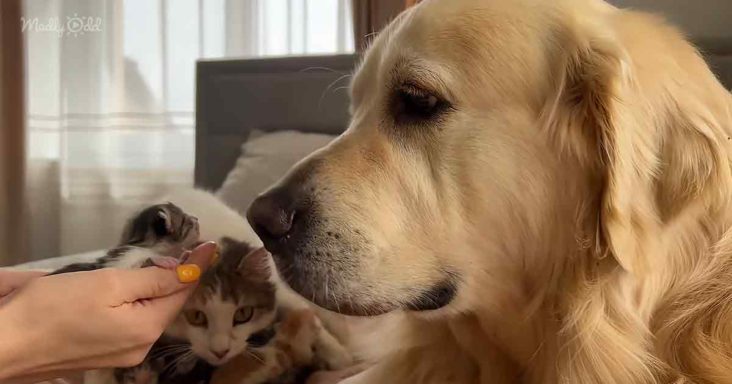 A Golden Retriever named Bailey lived with his favorite human, Taras, and his partner in Costa del Sol, Spain. The couple not only had the dog as a pet but even had several other animals, whom they loved like their own children. 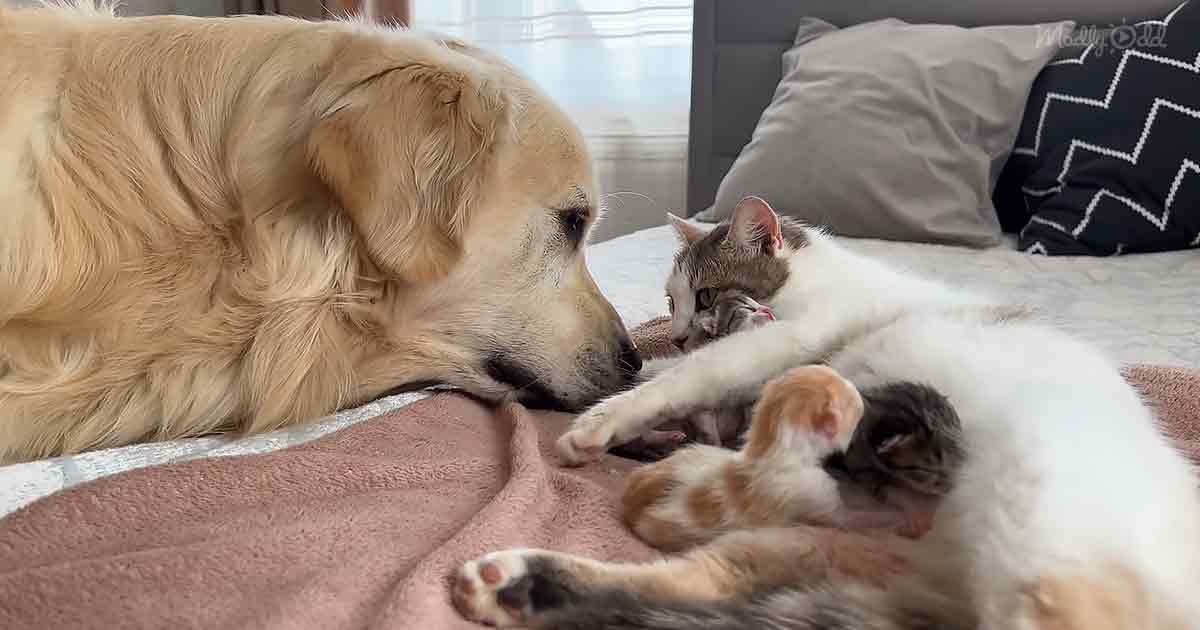 One of their pets, a beautiful cat, had recently given birth to adorable kittens. So, Taras had decided to let Bailey meet the new members of their family. Bailey was known for his patient and friendly nature.

He had been kind and accommodating to all his pet siblings and was loved by everyone. Taras knew that Bailey would not harm the newborn kittens. The owner took him into the room where the cat and her tiny kittens were resting. 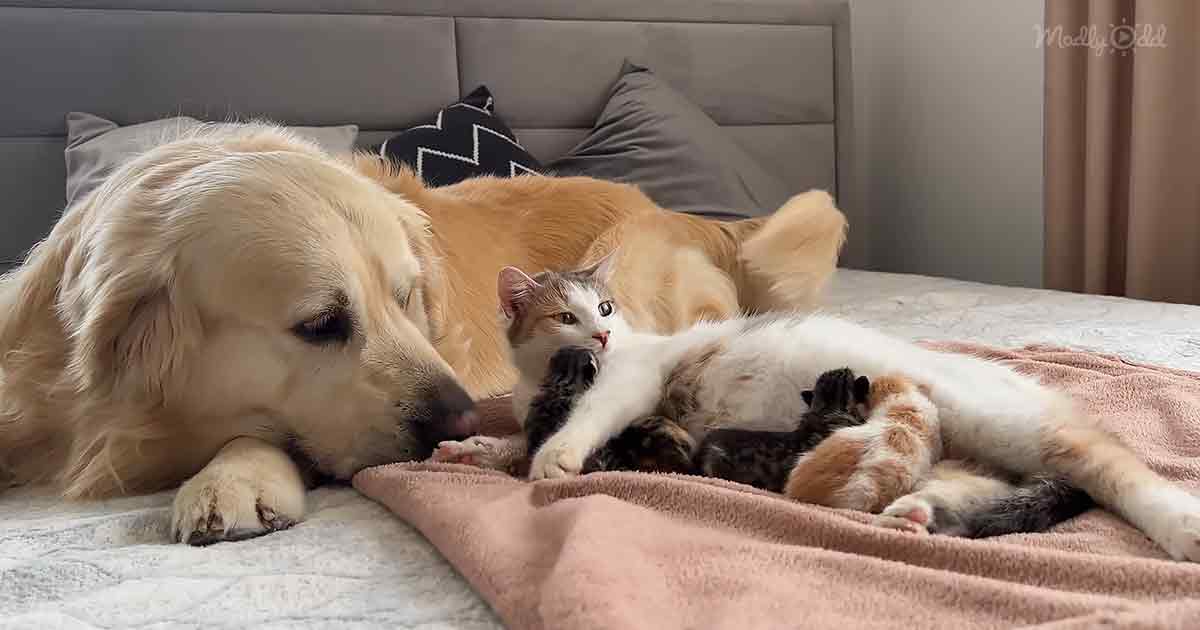 As soon as Bailey saw his cat sibling, he ran towards her and started to sniff at the babies. The mama cat was comfortable around the Golden Retriever dog and completely trusted him.
However, when Bailey kept on sniffing at the babies for a while, she started to push away his nose lightly. This is because she wanted the little ones to rest for a while. But, on the other hand, Bailey was not ready to leave the mama cat and the babies.

He jumped on the bed as if he was the father of the little ones and sat quietly beside them. A few minutes later, he rested his face on the bed and started sniffing at the babies from time to time. 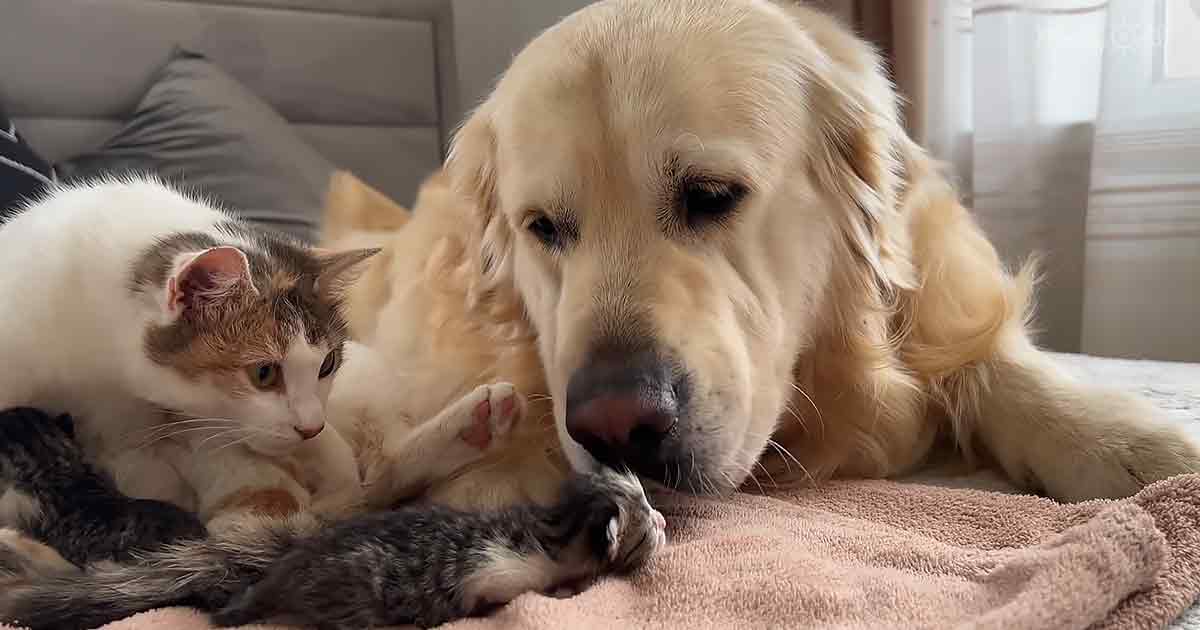