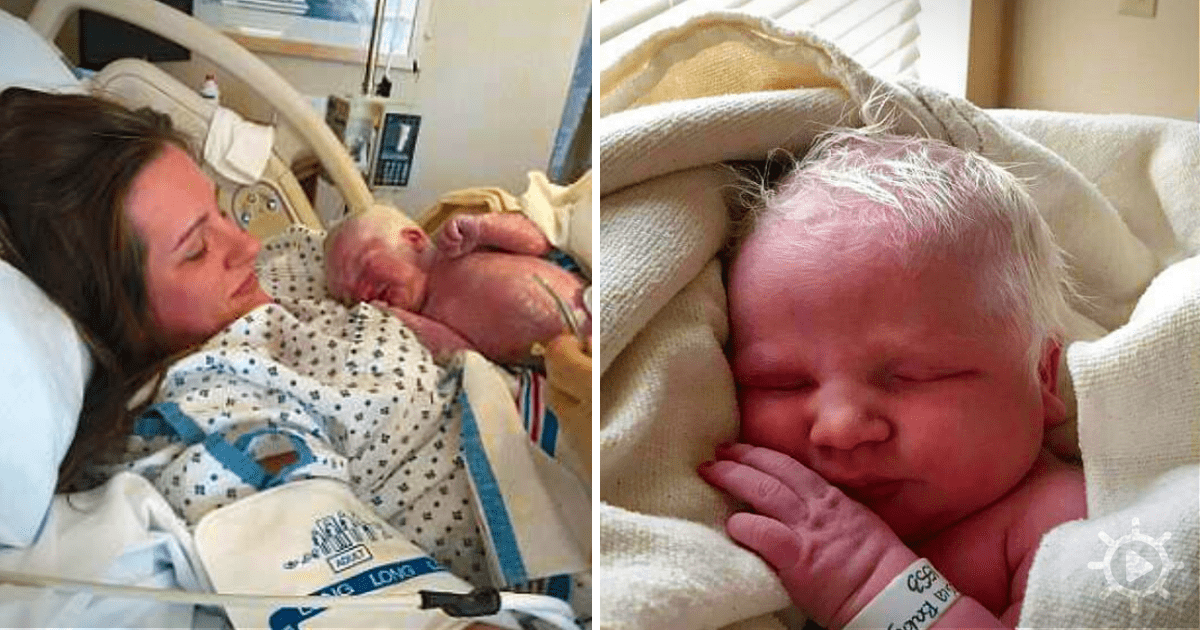 Watching a child come into the world is always a bit like seeing a miracle, whether it’s a baby taking his or her first breath or the expressions of joy coming over the parents’ faces. Not even the doctors and nurses who see it happen on a daily basis get tired of it.

Jessica Smith of Mississippi, already a mother of three, delivered her much-anticipated daughter Devina last May. Devina, whose name means loved, divine, or heavenly, turned out to be a very unique child. For one thing, she had a lot more hair than the typical baby. She looked almost like a doll! As Jessica recalled, “I didn’t know until she was born. The doctor told me she had a lot of hair during delivery but it was a shock when I saw her for the first time, she had so much hair, it was crazy.”

But Devina had one more surprise in store for everyone. As her hair began to dry, it became apparent that it was white! She has albinism, a genetic condition that causes a lack of pigment in the skin, eyes, and hair. Overall, about 1 person in 17,000 is an albino, but this rate varies quite a bit among different populations. Pigmentation helps protect the skin from ultraviolet light, so people with the condition have to be careful about sun exposure. It’s also very common for people with albinism to have vision problems. Apart from these issues, albinos are just like anyone else. And indeed, Devina was otherwise perfectly healthy.

After photos were posted on-line, Devina has become something of an internet sensation. People think she’s incredibly adorable. She’s even being compared to Daenerys, a character on the popular TV show “Game of Thrones” who is also young but has white hair.