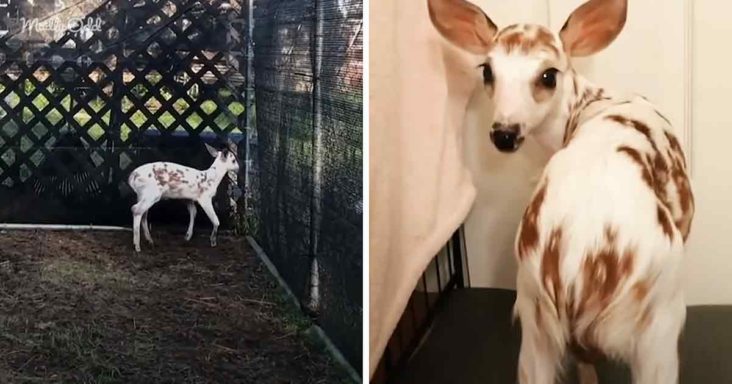 Leondra “Fuzzy” Scherer was the owner of Fuzzy Fawn Sanctuary in New York. The Wildlife Rehabilitator specialized in Whitetail deer. One day, while she was in her backyard, she found a white baby deer, later named Boo, walking all by herself. 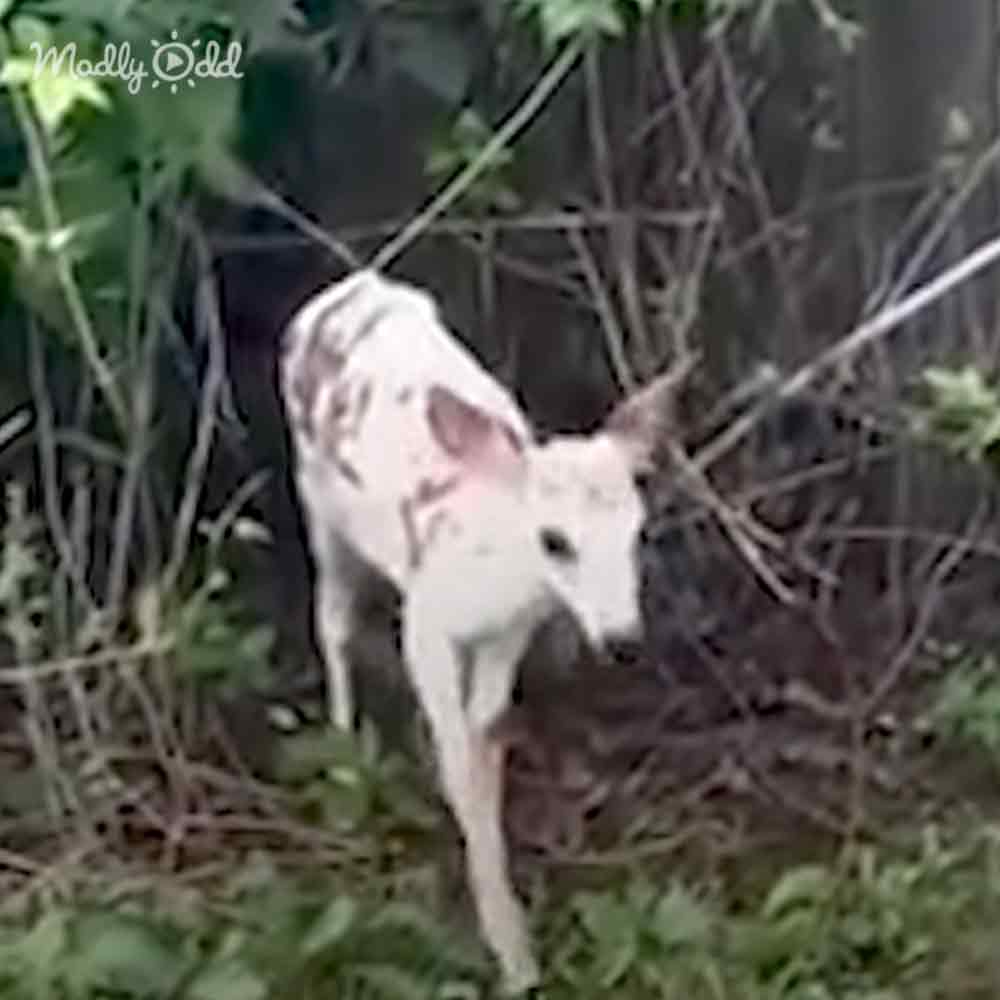 When Leondra did not find the mom nearby, she took the little one in. The white deer wanted to stay alone and did not want anything to do with any human, which was unusual for a newborn fawn.

Thus, the kind lady decided to put the baby deer with the other fawns at her sanctuary as quickly as possible. Little Nugget and the baby fawn, Boo, bonded instantly. Little Nugget had a crazy personality. 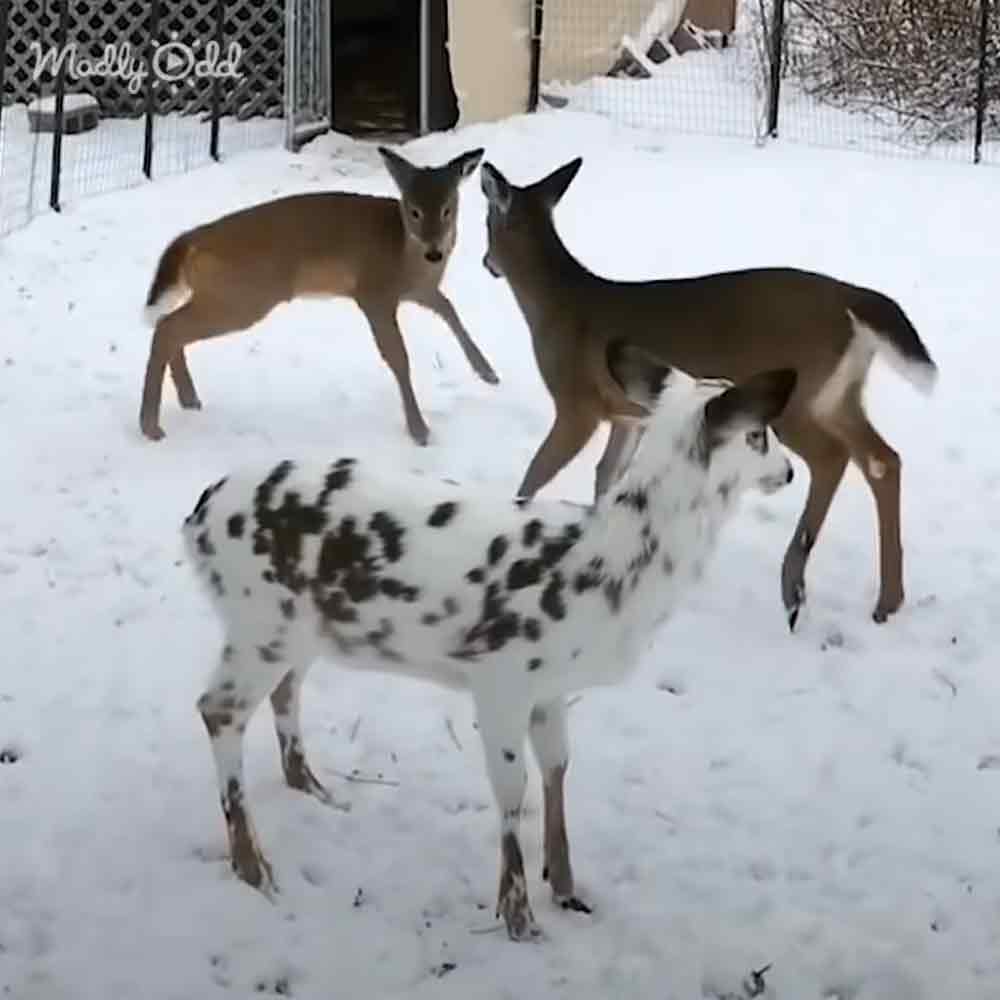 Just like a little kid, the beautiful brown deer would run around being silly. Leondra found it really entertaining to watch the babies play & grow with each other at the sanctuary.

The other fawns at the sanctuary were comfortable with Leondra, but the white deer was always hesitant. It took the owner a lot of time to even bottle-feed the little white fawn. Finally, however, she slowly started to come along. But she never let Leondra get very close to her. 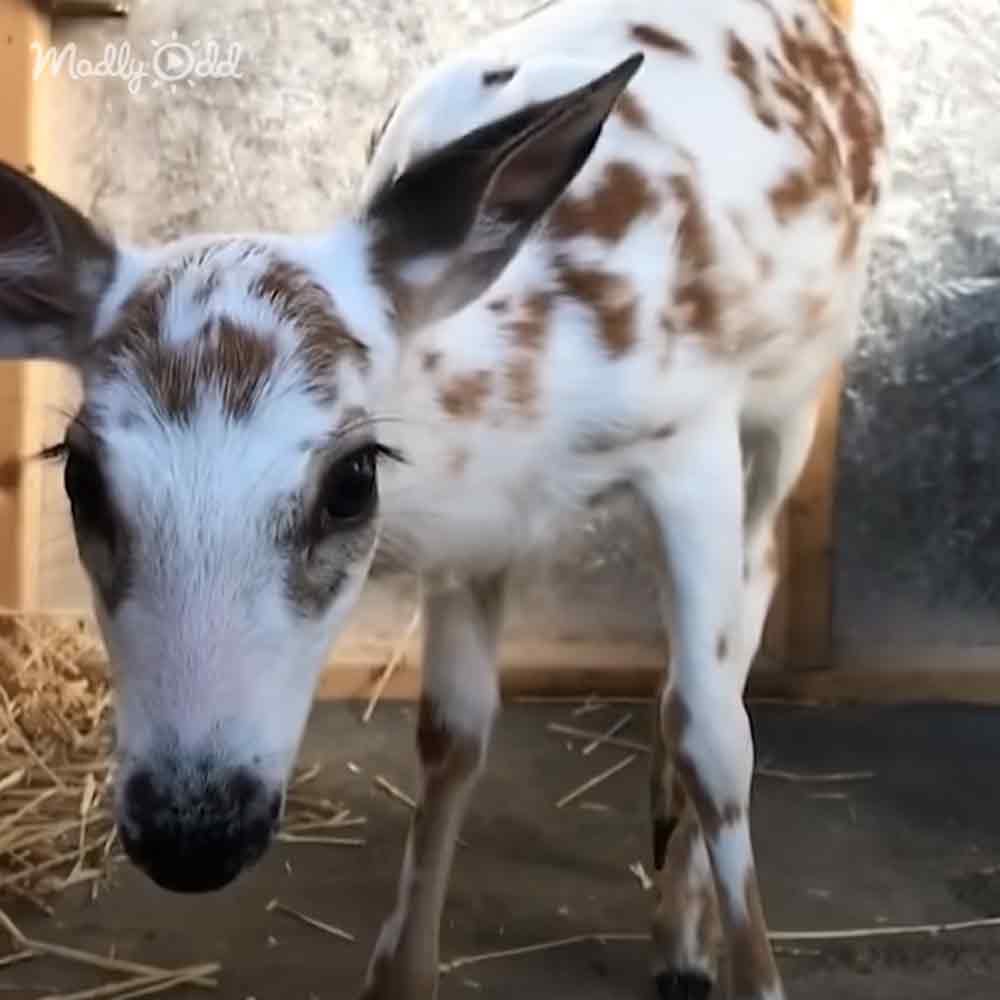 Later on, when the fawns grew up, Boo became very confident. She became a motherly figure and set the ground for all of them. The fawns spent the first winter with Leondra and got released after that. On the day of their release, the sanctuary owner was with the wild animals for almost half the day, just walking around the property.

The fawns were just exploring the whole area and ran and jumped around with joy. As Leondra wanted to protect Boo, she released the sanctuary deer on private property. The homeowner does see Boo sometimes and even named her “White Lightning.”