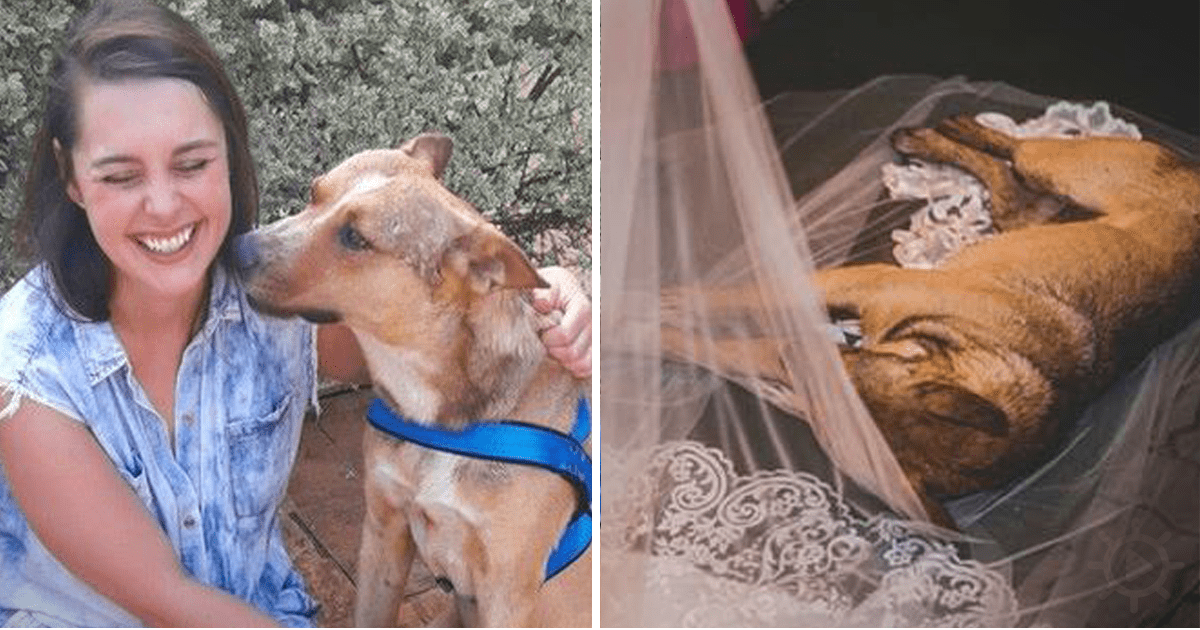 Matheus and Marilia’s big day was memorable for a lot of the usual reasons but also because of a homeless dog’s determination to crash the wedding. The couple, from Sao Paulo, Brazil, had planned an outdoor wedding, but the weather didn’t cooperate. A storm was apparently about to roll in, so they had a large tent set up so the wedding could go forward despite a soaking rain.

The guests were settling down in their seats when a homeless dog seeking shelter from the rain ducked into the tent. A few of the guests promptly sent the dog back outside, but this dog wasn’t giving up so quickly. According to Marilia, “As the ceremony started, to everyone’s surprise, it was the dog who came in when the bridal chorus began to play.” Once again, the dog was evicted from the tent. But what happened next was something none of the guests could have imagined.

The bride was at the altar when the smart, rain-averse dog returned to the tent a third time. “He entered and laid down to sleep on my veil.” The third time was the charm: nobody had the heart to send the dog out into the rainstorm again, not even the bride. “It was a delightful surprise for me because I love animals. I liked it very much.” So there the pooch stayed, inhabiting the veil for the remainder of the festivities. As things wound down and the rain lightened up a bit, the dog got up and left the tent.

The newlyweds couldn’t stop thinking about their uninvited guest, so they started looking for him. After a week, they tracked him down and adopted him! The dog, now named Snoop, indeed chose the right wedding to crash! As Marilia recalled, “He came home, and I showered him. He played a lot, ate, drank water. He is delighted and slept super good the first night.”

Impressed by this dog’s determination and the newlyweds’ kindness? Let’s hear from you in the comments section below and be sure to like and share! 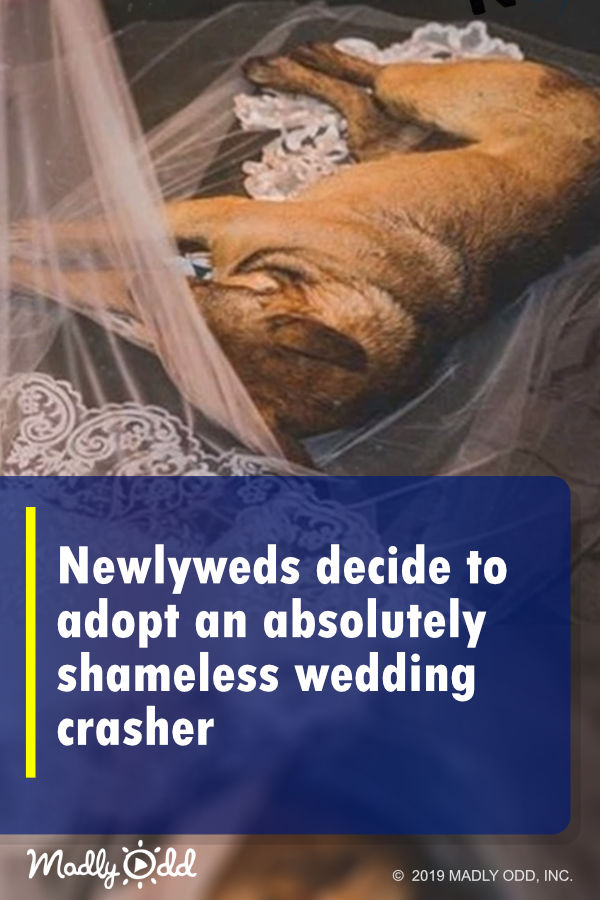