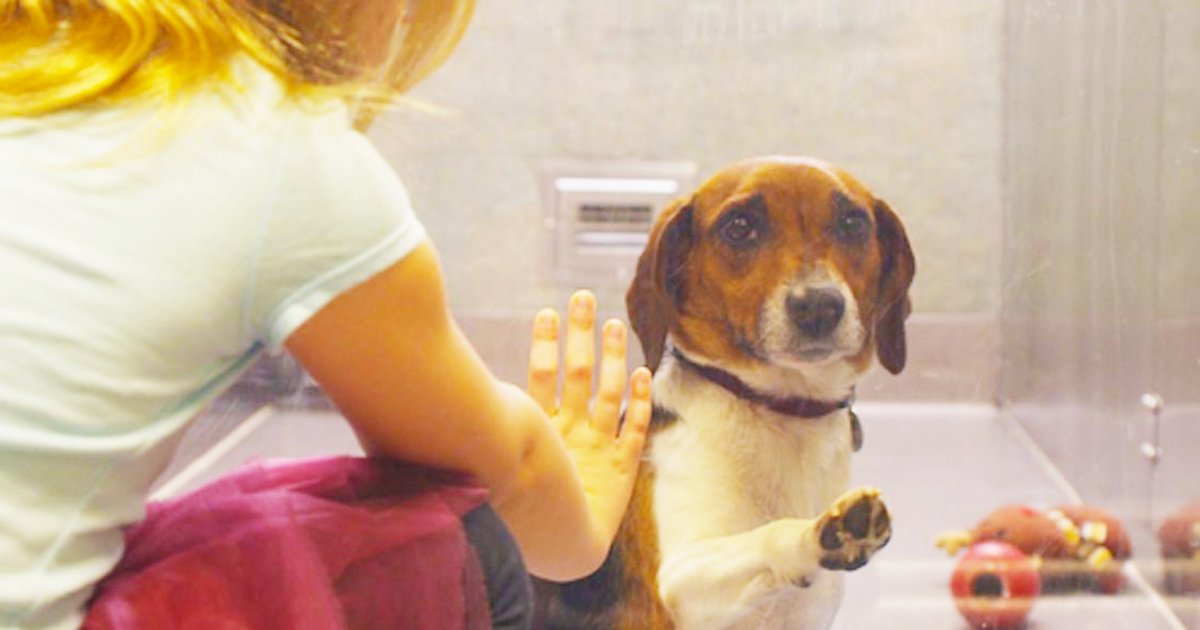 We have heard cases of many individuals and organizations that work day and night for the rescue of abused dogs. But are these dogs really “rescued?” We have found that so many of these dogs end up in shelters until they get adopted. They are at risk of being euthanized if they aren’t adopted after a certain number of days.

This video features a shelter dog that eagerly waits to be adopted. He is a beautiful little beagle, so sweet and quiet. He has a little bed where he sits, watching the people walk by and ignore him. He never makes a sound, but looks hopefully at every person who walks by.

He is saddened when he realizes that his neighbor has been adopted but he hasn’t. He loses hope and thinks that he is never going to get adopted when a little girl passes by him. At first, she doesn’t see him and walks by, and then she comes back. It is love at first sight for both of them. She puts her hand on the glass, and he meets her hand with his paw. They are meant to be together.

Finally, we find out that this little girl has adopted this sweet dog! At the end of the ad, we seen them sleeping together in front of the fire. I almost cried at how happy I was for that little beagle.

Watch this touching video below. What are your thoughts about abused dogs in shelters? Let us know them in the comments section!