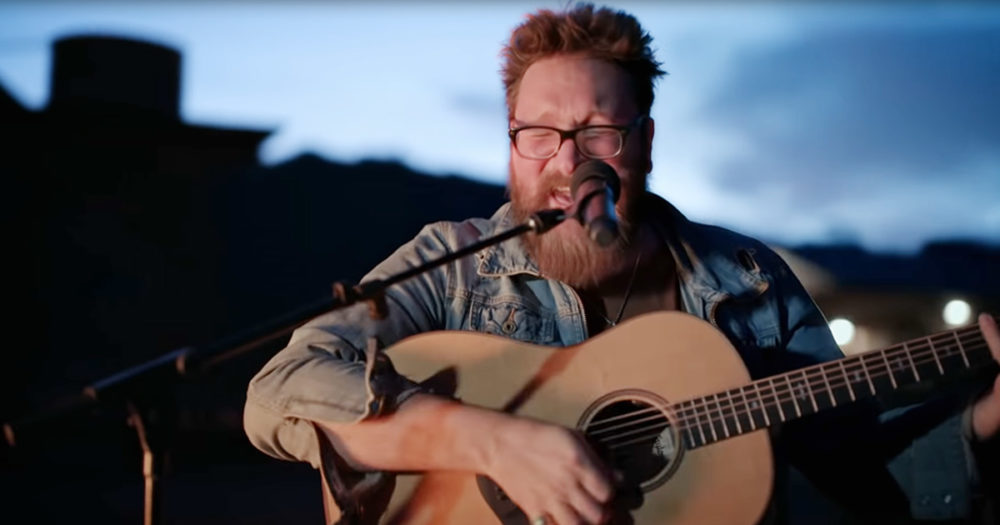 Nolan Neal’s journey to the “America’s Got Talent” stage was fraught with trauma. In the video clip, he opens up about the pain of losing his father to suicide and his resulting battle with depression and addiction. His story resonated with many recovering addicts who reached out to him and offered support.

On Tuesday night’s Judge Cuts edition of the show, he offered up a virtual performance of Candi Staton’s 1986 single “You’ve Got the Love.” The song was also recorded in 2009 by Florence + The Machine. Not only were his exceptional vocals on display, but he also accompanied himself on the guitar.

Neal’s version of the classic song was raw, heartfelt, and nearly brought me to tears. You can hear the pain, and hope, in every note he sings. According to Howie, Neal’s “great sound, stirs you emotionally.” Heidi agreed, saying Neal’s voice was “very special.” The judges rounded out their praise with Simon saying, “I think you’ve got great taste. You really did make it your own. You made it sound very current.”

Simon joking remarked that there was just one problem with Neal’s performance, “You’ve made our job tonight really hard, and I now hate you.” Another thing that the judge noticed was that Nolan seems to be more confident than before. Nolan said that it felt “really good to see the promises of recovery coming true.” He truly is an inspiration and not just a talented singer.