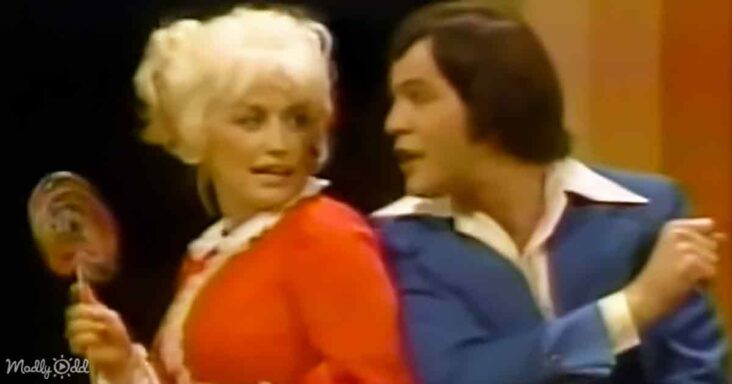 Dolly Parton is one of country music’s ambassadors, and she is beloved by her fans. Her career spans decades with tremendous success. In this performance, she joins Jim Stafford to perform ‘Spiders & Snakes.’ 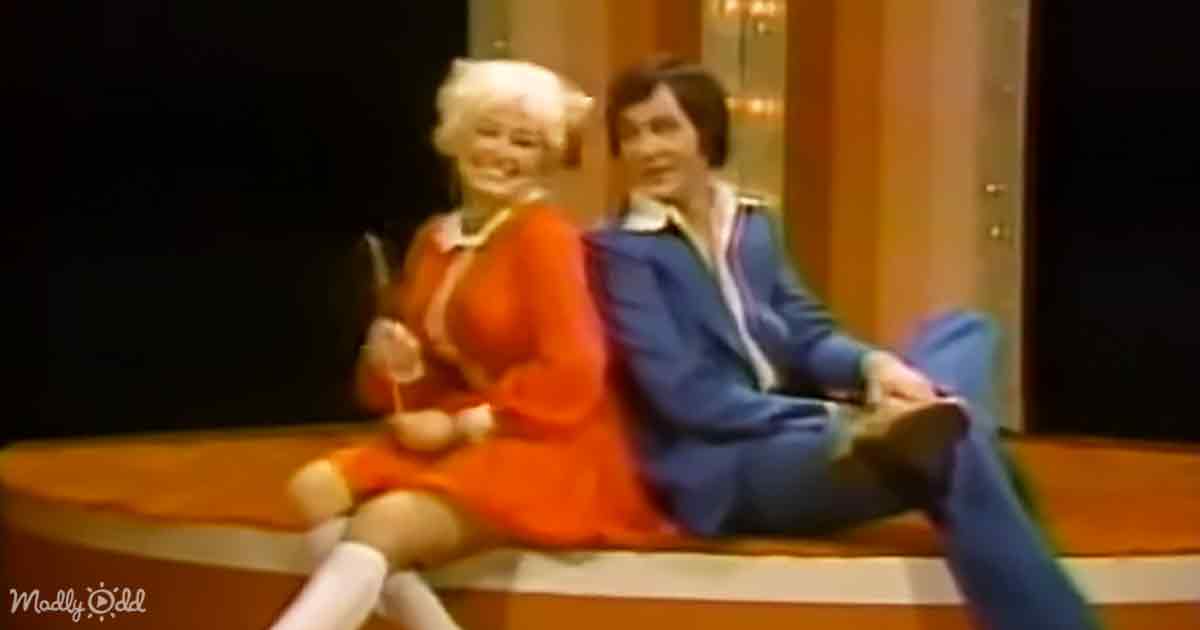 Dolly sits in a red dress with her hair up in pigtails and licking a lollipop. The stage has orange and yellow swirls in the background, and Jim walks up to her and asks, “Who might you be?” 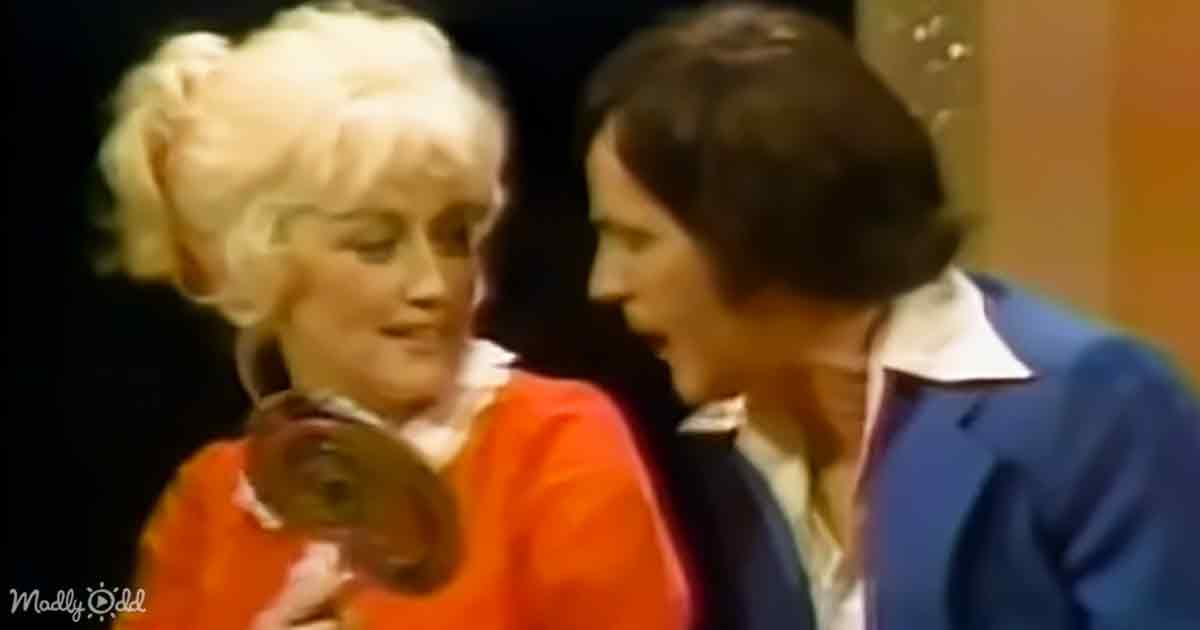 Dolly gets mad, and music begins to play. He sits down and tells her to listen because he is going to teach her a lesson. The two singers sit back-to-back. Throughout the song, they get closer and begin to smile at each other more.

Dolly is wrapped in his arms as they sing by the tune’s end. In the end, Jim hugs her and says, “I want to be loved by you, Dolly.” She lifts her lollipop to hit him, and he says, “Don’t smack me with your sucker.” The crowd laughs, and the two smile and sway until the song ends. 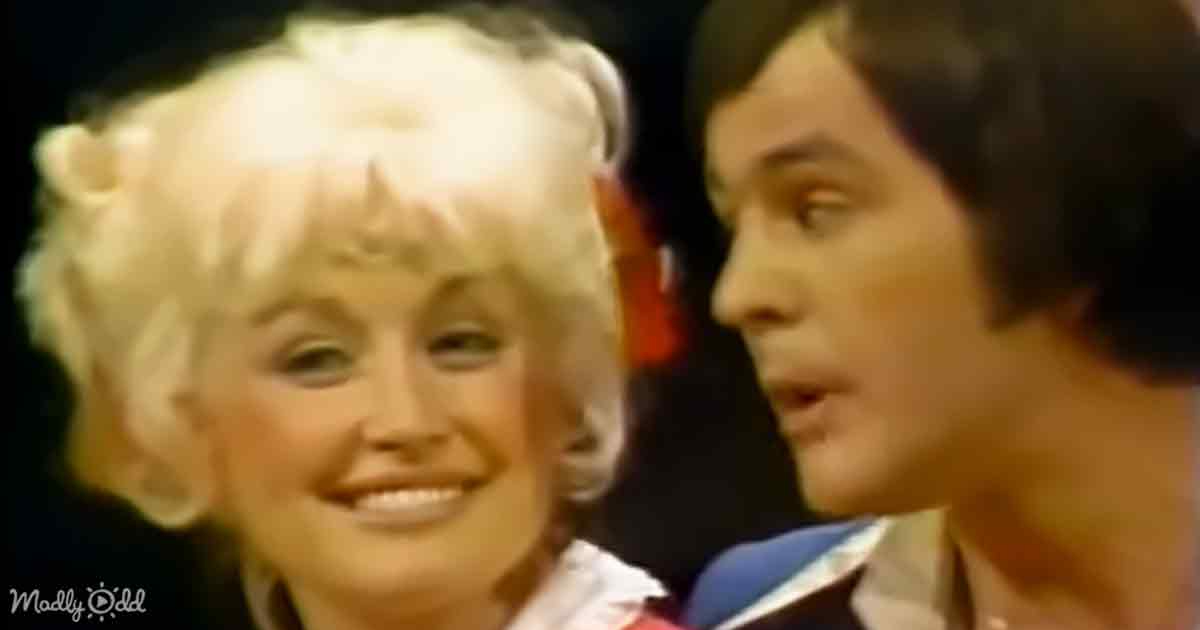 ‘Spiders & Snakes’ is a 1974 hit song written by Jim Stafford and David Bellamy. The lyrics in the verses are spoken, and only the chorus is sung. Jim Stafford’s other hits include ‘Swamp Witch,’ ‘My Girl Bill,’ and ‘Wildwood Weed.’

The fabulous duet is marked by two great performers giving their best in a campy song. Dolly gets into character as only she can, and Jim is happy to play along. The two performers laugh and have a great time while performing together. 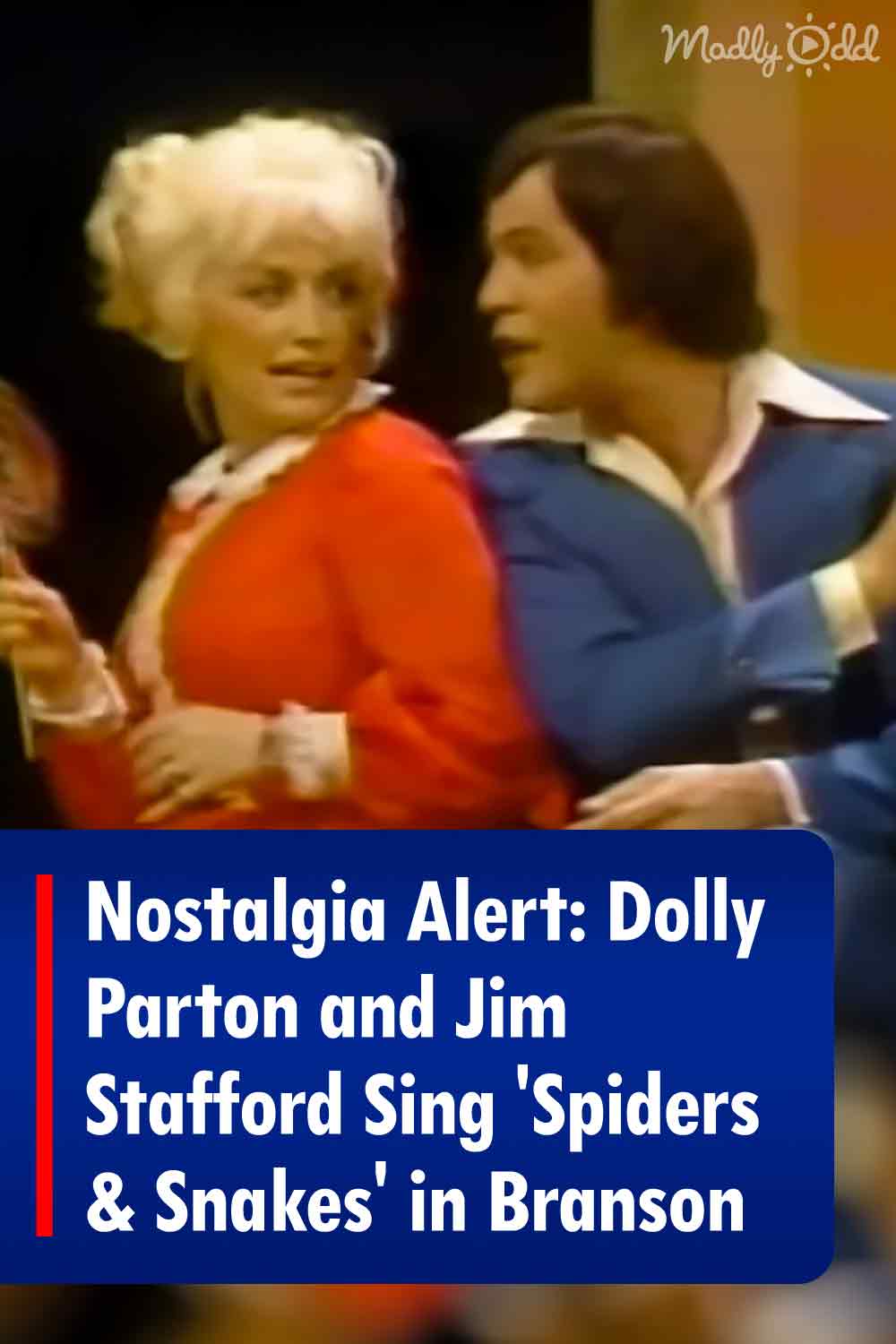