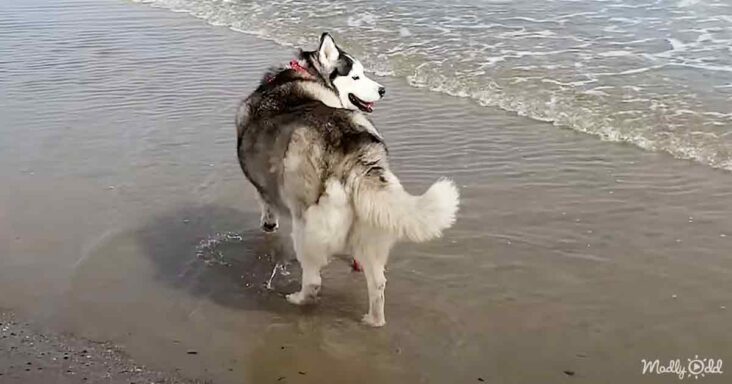 Naleah saw Mishka, the Husky’s picture, on a shelter’s website in California. Unfortunately, they told her she was unavailable for adoption as she displayed aggressive behavior. When the new mom met her, she thought she was obese and sick and needed her help. 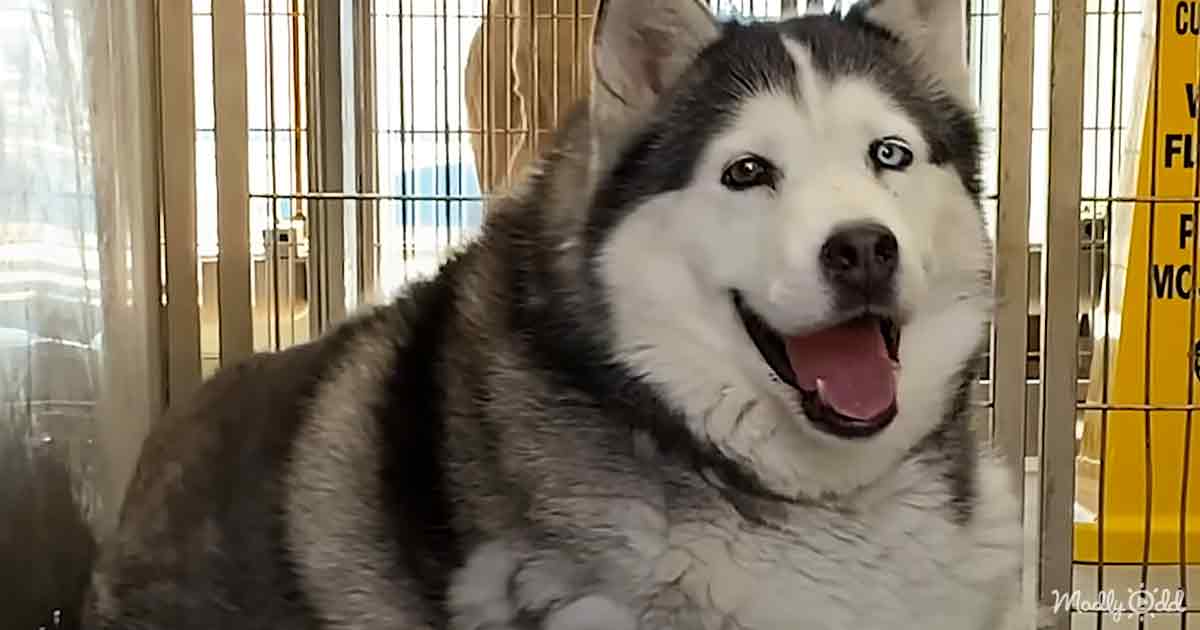 Naleah kept calling Mishka’s name, and the moment they made eye contact, the girl knew she had to bring the dog home. The day Naleah figured out she passed Mishka’s temperament test, she knew the dog was available for adoption.

Naleah went to the shelter on that same day. The shelter workers told her that they might have to euthanize the dog if she did not adopt her today. So, the kind girl brought the Husky home. 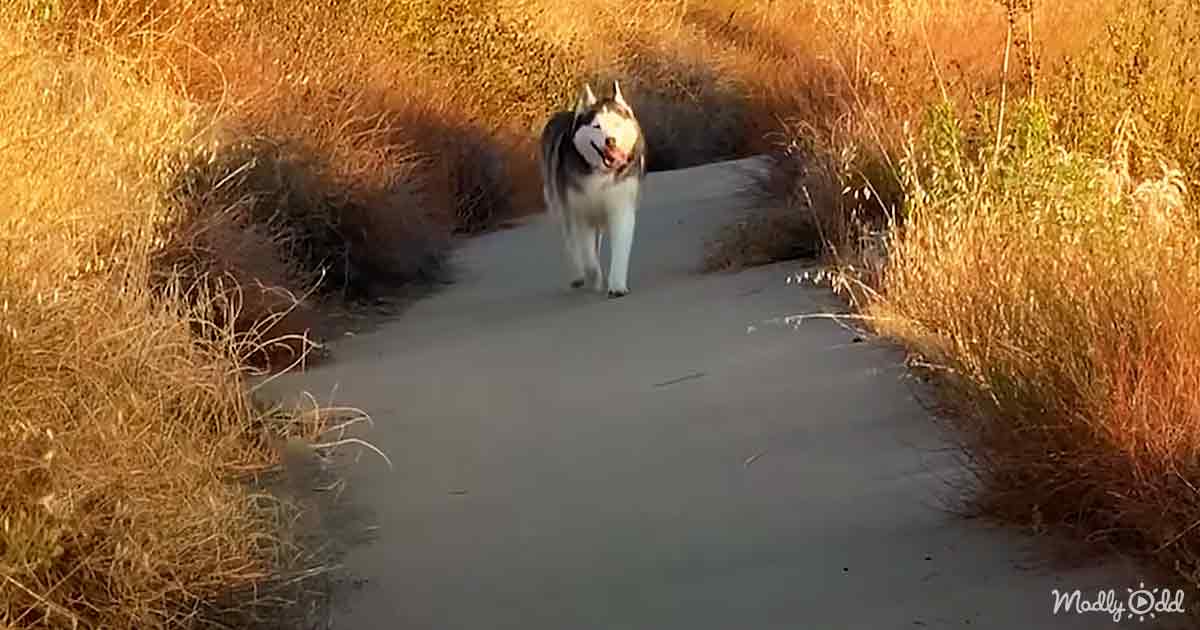 When she got the dog home, she was 109 lbs. and very depressed, and could not get off the tile. Mishka did not like toys and did not enjoy walks. What really helped Mishka get out of her shell was Naleah’s foster puppies.

The little ones were outgoing, so they would jump on her. That really encouraged her to move around and socialize more. Soon, she started loving walks and hikes, gradually reducing her weight. She was now 100 lbs. 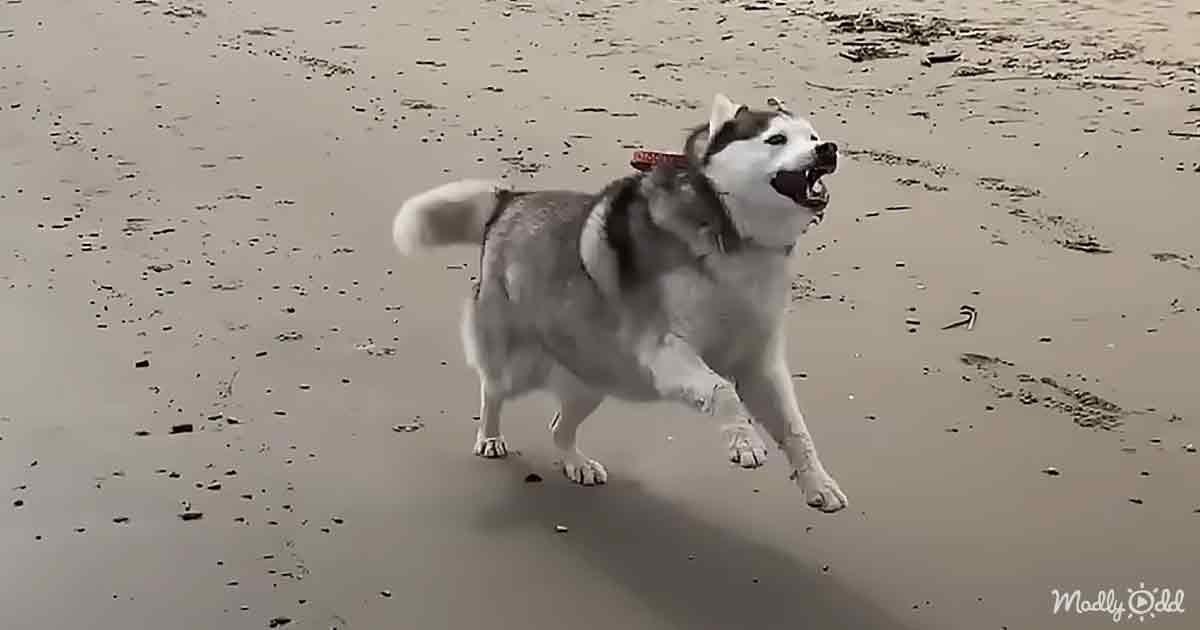 After 6 months of walks and hikes, the Husky weighed around 90 lbs. However, when Mishka went to the beach, it was the ultimate turning point for her. She found her love for running at the beach. Since that day, Mishka would go for a run on the beach.

After 10 months of living a healthy lifestyle, Mishka was now 70 lbs. The Husky had become so naughty that she would bark and run all around. Naleah’s bond with her had definitely grown. 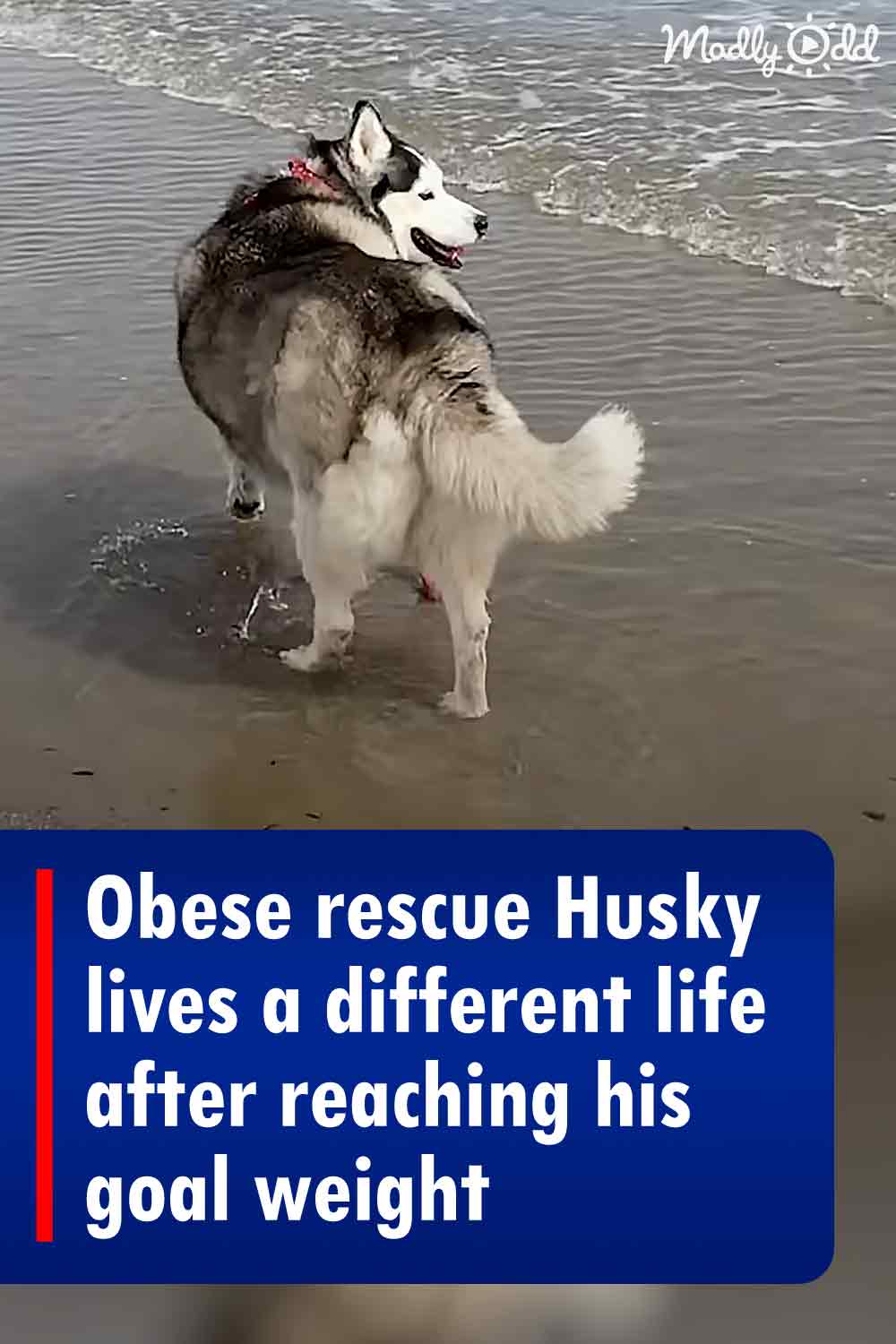