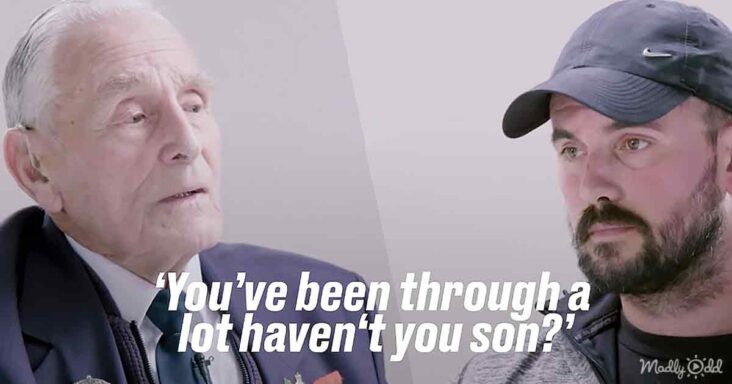 The concept for this video is simple: it’s two soldiers—one young and one old—sitting in a room, comparing their experiences. Although simple on the surface, this video is actually intense, touching upon the many complex issues that servicemen have to deal with. 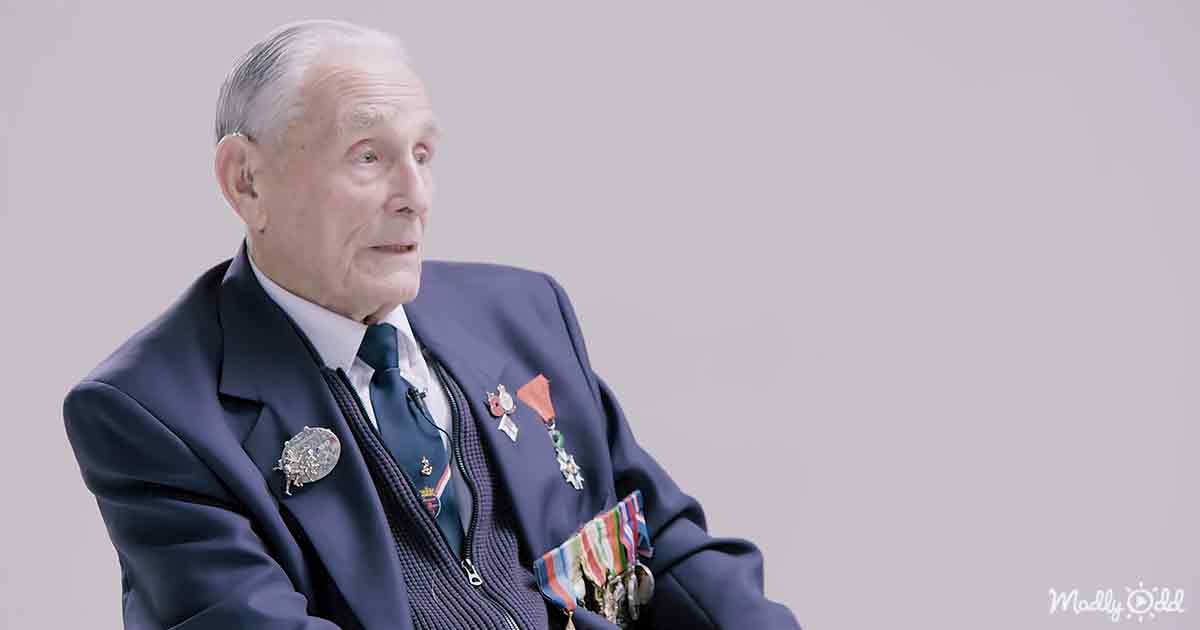 In the beginning, the older soldier is already sitting in one of the two chairs in the middle of the room. A small box is placed between the chairs, acting as a stand-in tabletop.

The younger soldier soon makes his way into the frame, shaking hands with the older gentlemen before taking a seat. The conversation begins: “How are you doing? You been OK?” 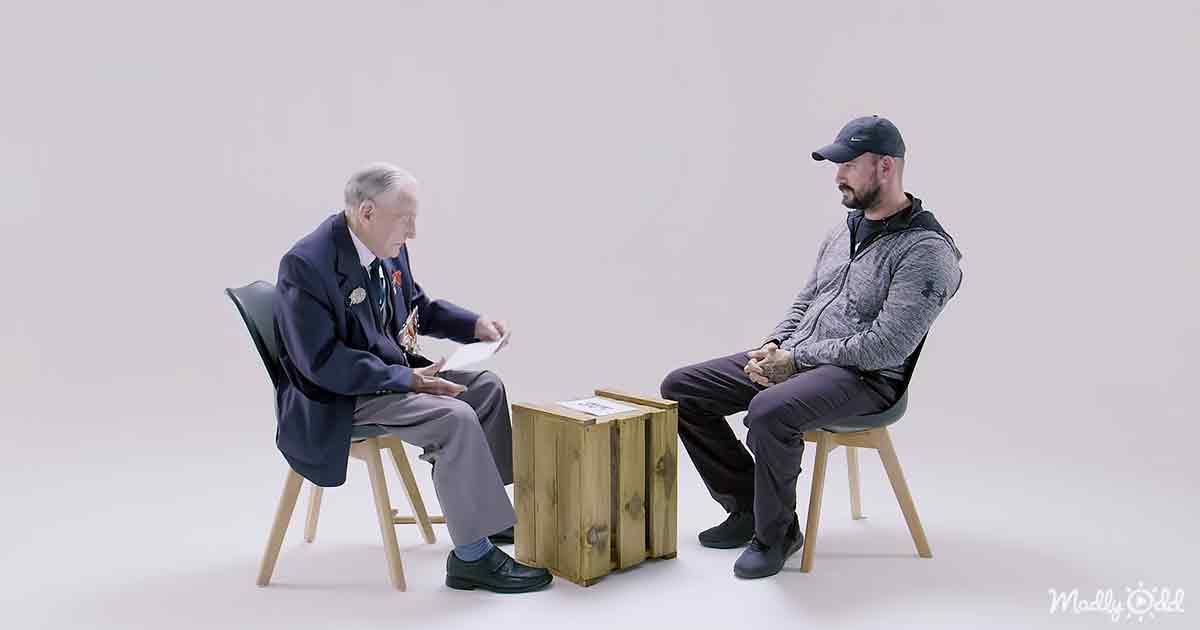 After a brief greeting, the young man picks up a card from the table and reads it out loud, asking the older soldier which war he had fought in. The older man had fought in WW2; the younger soldier had been deployed in Iraq, Afghanistan, and Kosovo.

These two had a lot to talk about, comparing their differences in official tasks and the situations they found themselves in. Their polite conversation is filled with an unspoken sense of understanding and respect.

They cover many topics throughout their brief talk: their personal experiences during the war, how they felt after coming home, and even their struggles—and successes—from a mental standpoint. 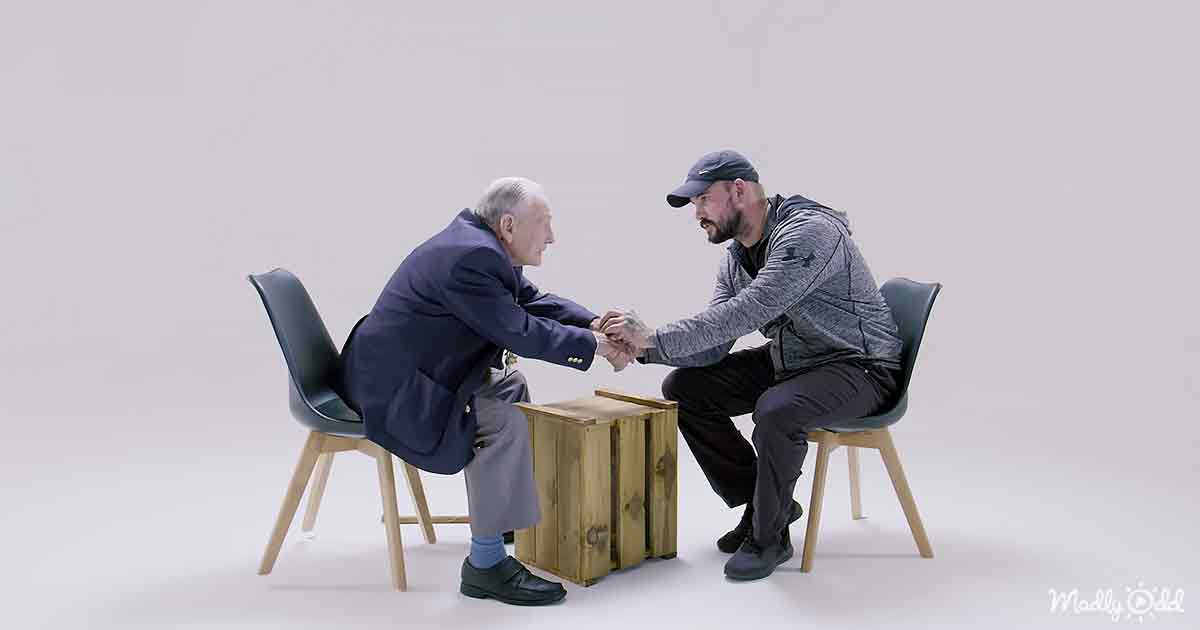 Soldiers fight battles every day, even once they’ve arrived home safely. This video provides some valuable insight into the silent struggles of our service men and women, which the men hope can offer some solace to those who’ve made it home.

“If they stand up and they walk out the front door, and they give it a go. Then we’ve saved one. Then it is worth it.” Indeed a noble cause; be sure to give this insightful and inspirational video a watch. 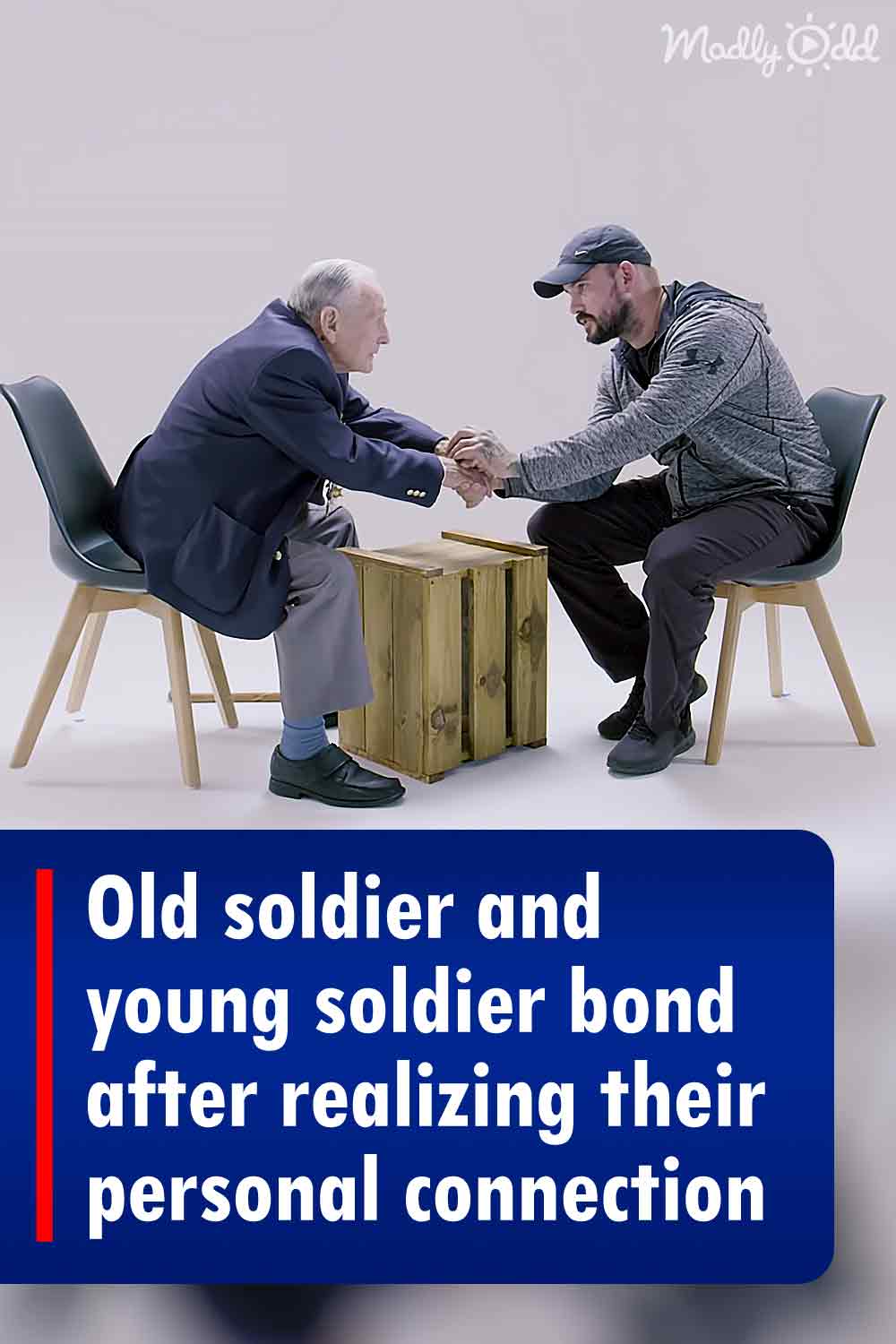