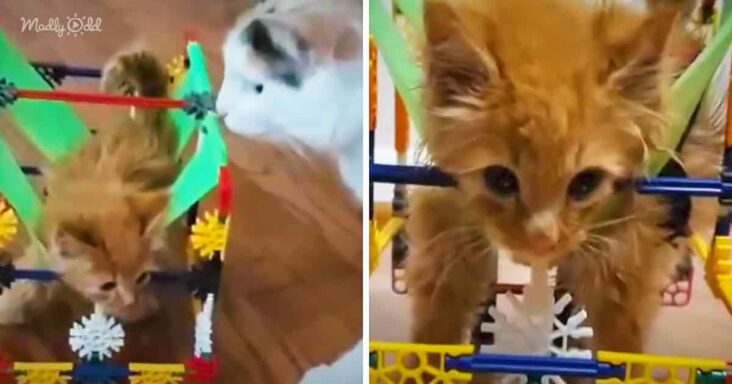 Lynn Shenk loved to foster cats. However, she could not let go of one of the kittens named Cricket. After the kitty was born, everything looked like it was progressing right on track. She was getting bigger. 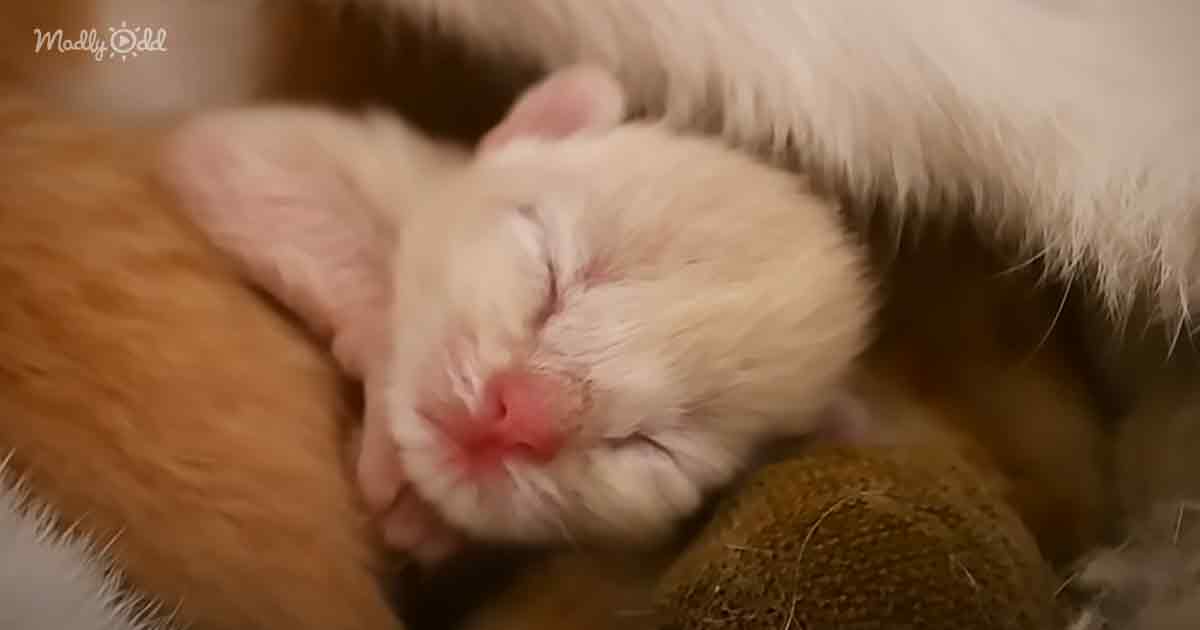 Cricket was putting on weight in the appropriate increments. However, right around the 4th week, kittens usually start to walk and wander around. But Lynn couldn’t find that progress in Cricket.

She could not understand at first what was going wrong but soon concluded that it might be Cerebellar Hypoplasia (CH) or “wobbly syndrome.” CH is a neurological disorder that can affect dogs and kittens. 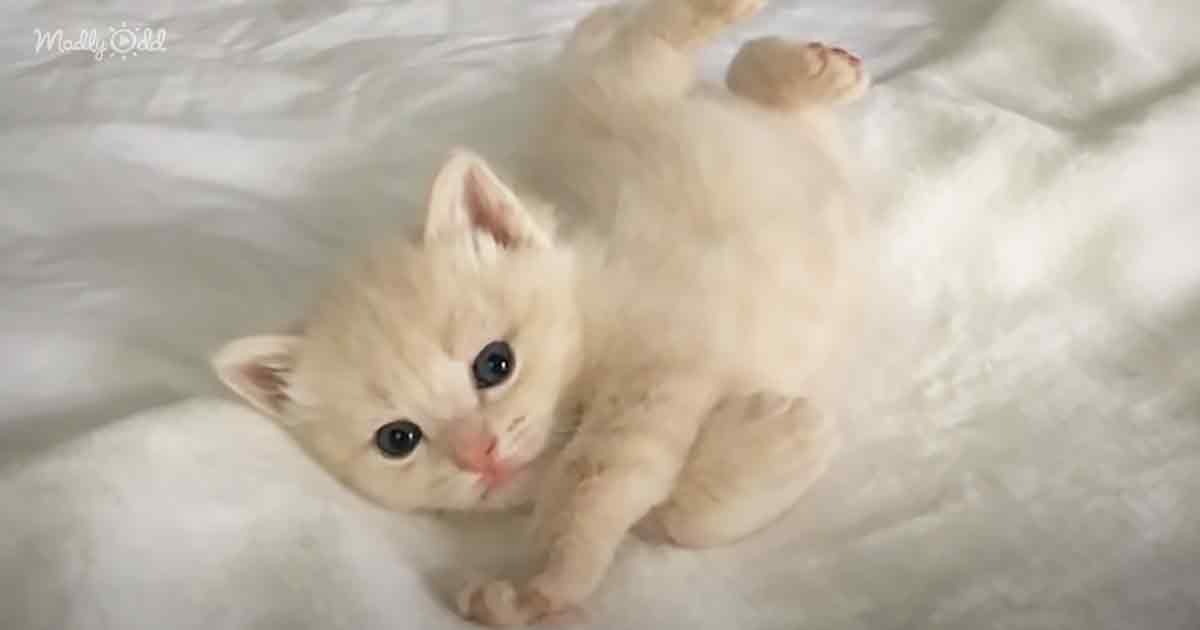 Cricket’s brain did not fully form the cerebellum, which was the primary reason for teaching the little kitten how to balance and coordinate her movement. So, Lynn made a wheelchair cart using a PVC pipe, hot glue, and a little towel. Unfortunately, the kitty would just freeze in it. Thus, Lynn built a second wheelchair out of kids’ toys. Unfortunately, that too did not work out.

Cricket was not in any kind of pain. She just thought that’s how life was – a little bit shaky. However, eating was definitely the most significant task CH affected because Cricket’s head was constantly wobbling, and she could not hold still. 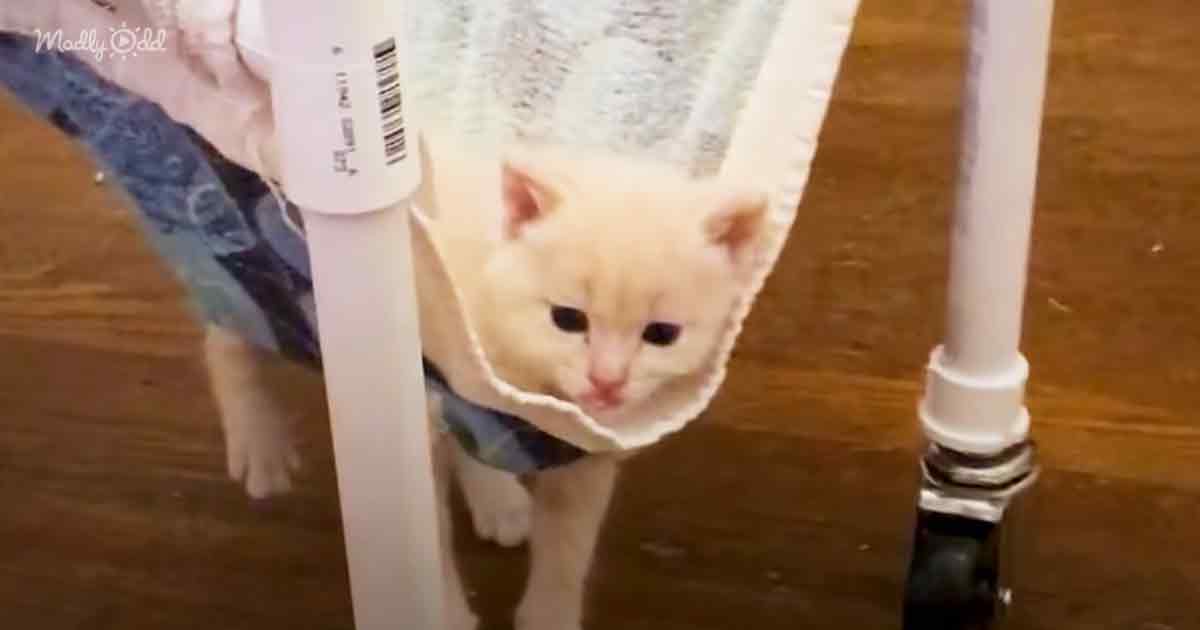 While she ate her food, the little one looked like a chicken pecking at her food. So, Lynn had to help the kitty. She held Cricket up and put her hand around the kitten’s chest.

As she grew stronger, Lynn tried different ways of helping her. First, she tried hydrotherapy with her. However, the best form of therapy for her was just playing. The kitty hated to be alone and always wanted her human to be by her side. Cricket was happy to have such a caring human around her who loved her a lot.