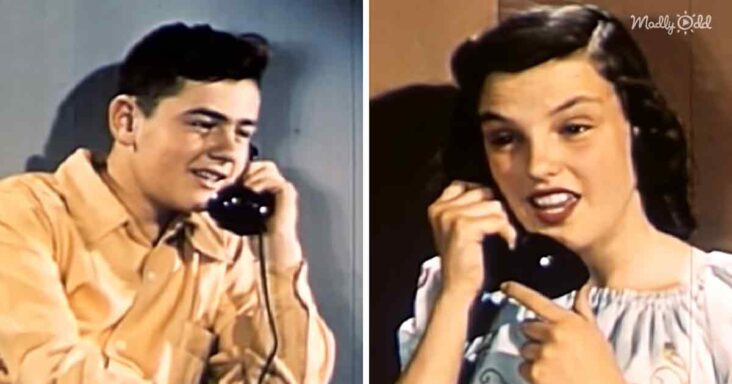 If you’re single, you’ve probably looked for some dating advice. Maybe you read some articles or listened to a self-help audiobook on the subject. Dating can seem challenging. 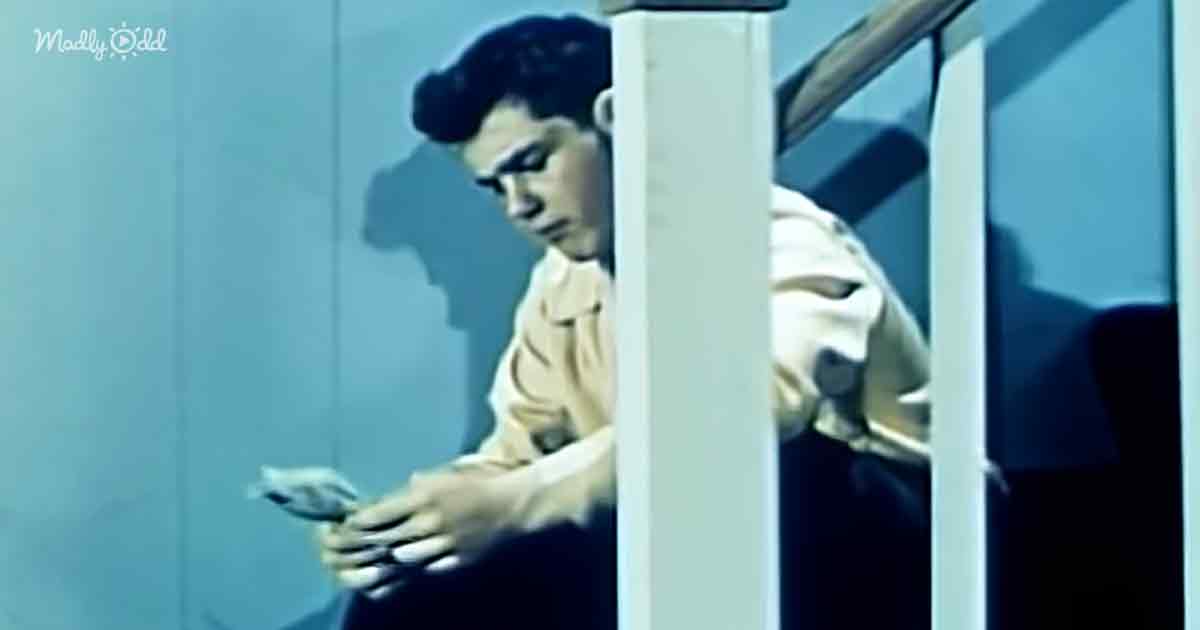 The 1949 film begins with a teenage boy, Woody, opening a letter. A ticket for the Hi-Teen Carnival at the high school comes out of the letter. Woody reads the letter from his friend.

His friend informs him that he has an injury and can’t make it to the carnival. The boy then realizes the ticket is for one couple. ‘That means a date,’ Woody says in his internal monologue.

Woody is excited but also uncertain. He doesn’t have a date for the carnival.

The film then cuts to a title card and narration: ‘How do you choose a date?’ The first suggestion is to consider looks.

The first girl Woody considers is Janis. The narrator highlights how Janis would make for an okay date. However, Janis also views herself as superior and someone like Woody as dull and inferior. 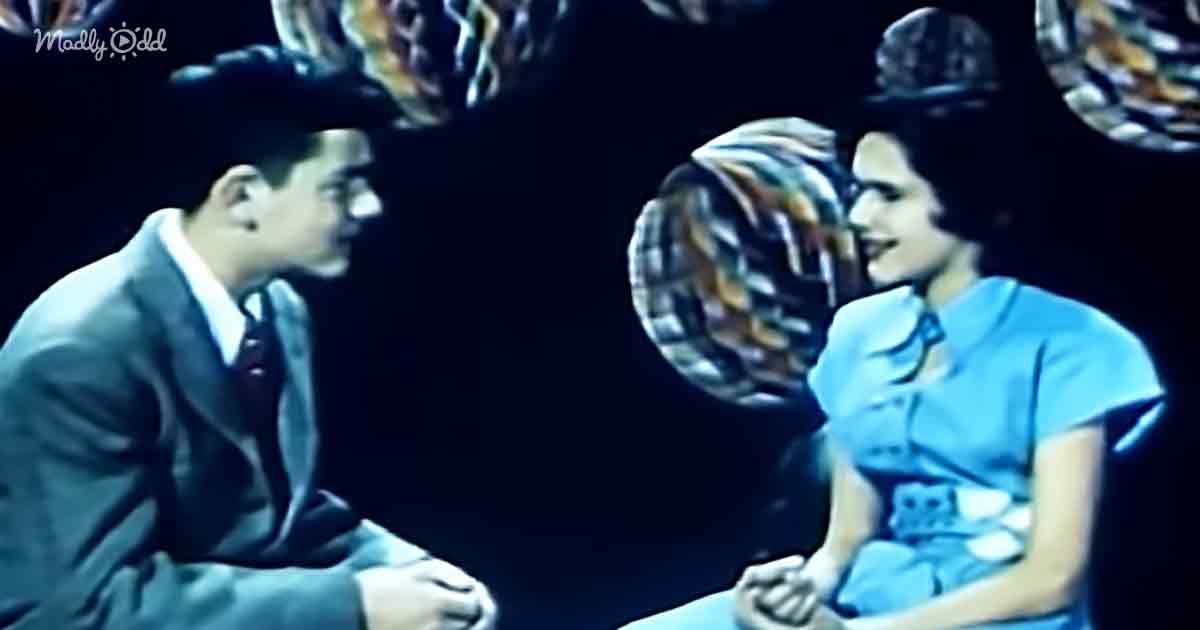 The next girl considered is Betty. Dressed in blue, Betty is spoken of as not feeling superior. However, the narrator also admits she wouldn’t be much fun.

The third girl observed is Anne. She is seen as someone who is fun and knows how to make everybody else feel at ease. As the narrator puts it, boys want a girl who isn’t superior but knows how to have fun.

Woody decides to ask Anne out to the carnival. The narrator notes that asking Anne won’t be easy.

Woody’s brother Ed enters the living room. He proceeds to phone and makes a call. Woody asks if he can listen to the phone call, and Ed says it’d be beneficial for him to hear.

As Ed waits for the phone to pick up, his mom walks into the room. Woody asks his mom if it’s okay to go out on a date Saturday night. She says that would be fine but doesn’t think it’s an actual date.

As Ed finally reaches Mary on the phone, Woody tries to explain he’s going on a date with a girl. When Woody says he will ask Anne, his mom remarks that he’s relatively young for dating.

Ed overhears and tells mom to let Woody give dating a shot. Mom agrees so long as Woody follows the rules she set for Ed about not being out too late.

Ed finishes up his call with Mary by asking her out. Woody remarks that Ed makes it look so easy. While Woody admits he doesn’t know what to say, Ed says he should just be himself.

Woody decides to try calling Anne. He gets her mother and asks for Anne.

The next title card comes up: ‘How do you ask for a date?’ The narrator gives some examples of how to go about this.

Woody’s first attempt fails. He asks for a date but stumbles with his words. Anne says no and hangs up.

The narrator gives Woody another chance. He tries asking her in a manner too casually and cocky. His words anger Anne, and she hangs up promptly.

The narrator gives Woody one more chance. Woody tells Anne about the carnival and asks her calmly. Anne thinks that will be fine.

Woody asks if he can pick her up. She agrees but says she’ll have to check with her folks first. She hangs up the phone with a smile.

As Anne prepares a dress, her sister Judy enters the room. Anne tells her that she’s getting ready for a date with Woody. Judy asks what a date implies.

Anne says Woody will take her to the carnival and bring her home. Judy doesn’t think this sounds like a suitable date. Anne brings up how carnivals can be a lot of fun. 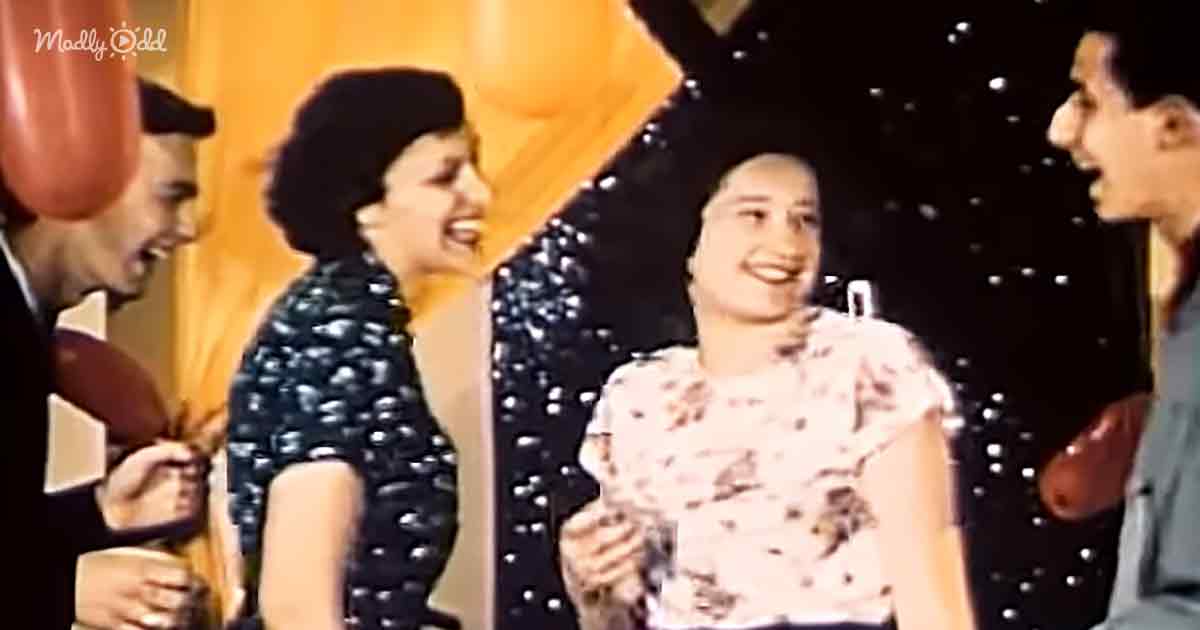 The topic of dates becomes grander when Anne explains it is not all about money. The important thing is to have fun with the person you’re going out with.

Judy remarks that Anne may be back late. Anne says it won’t be too late per the agreement with her parents.

Back at Woody’s house, he’s getting ready for his date. He stresses about his clothing. His father assures Woody that a pleasing appearance is vital regarding dates.

While Woody cleans his clothes, his mom tells him what makes a lousy date. The moral of her story is that Woody should always be on time. Missing a date could break off a potential relationship.

Woody’s mom brings up how Anne should be prompt as well. While she says this, Woody tries to tie his necktie while looking at a reflection on a plate. His mom tells him to find a mirror instead.

As Woody meets Ed in the living room, Woody asks if he should show up with flowers for Anne. Ed says that shouldn’t matter. He stresses how flowers are usually for an extraordinary occasion.

At the carnival, Woody and Anne have a great time. They enjoy the games, attractions, and refreshments. At the end of the festival, Woody takes Anne home.

The narrator says it was a perfect evening. But now the last title card comes: ‘How do you say goodnight?’

The first example given shows Woody lunging toward Anne for a kiss. Anne rejects him and storms off into her home.

The second example finds Woody saying, ‘Well, so long.’ He then leaves promptly, leaving Anne stunned at how casually Woody departed. The narrator stresses that a girl likes to know you had a good time.

The third and right example has Woody saying it’s getting late. Anne invites Woody out on another date. They both say how much fun they had and bid each other goodnight.

So there are the basics of dating in the 1940s. According to this video, don’t insult your date when asking her out or lunge at her for a kiss at the end of the night—sound advice despite seeming so general.