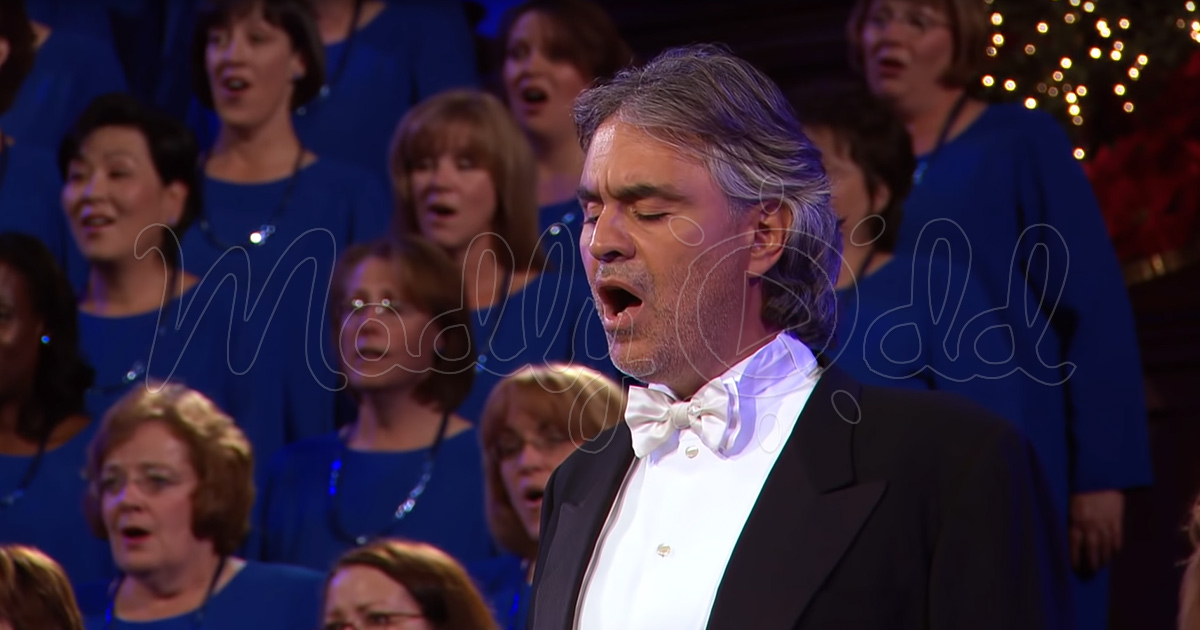 If you’ve ever watched one of those popular singing shows, you’ll know that the world is filled with talented people. While some can sound just like they’re favorite musician, no one can sing quite like Andrea Bocelli.

Bocelli is an opera singer in Italy and has a one-of-a-kind voice. Celine Dion even said, “If God would have had a singing voice, He must sound a lot like Andrea Bocelli.” That’s quite a compliment from someone as talented as Celine.

His voice is crisp, smooth, and flawless. When he teamed up with the Mormon Tabernacle Choir, the audience was in for a performance of a lifetime. With over 360 choir members in total, the room would soon be filled with spine-tingling music.

Andrea led the group while singing an astounding version of “The Lord’s Prayer.” Since this performance, colleagues and critics everywhere have dubbed this the best rendition of this classic hymn that’s ever been done.