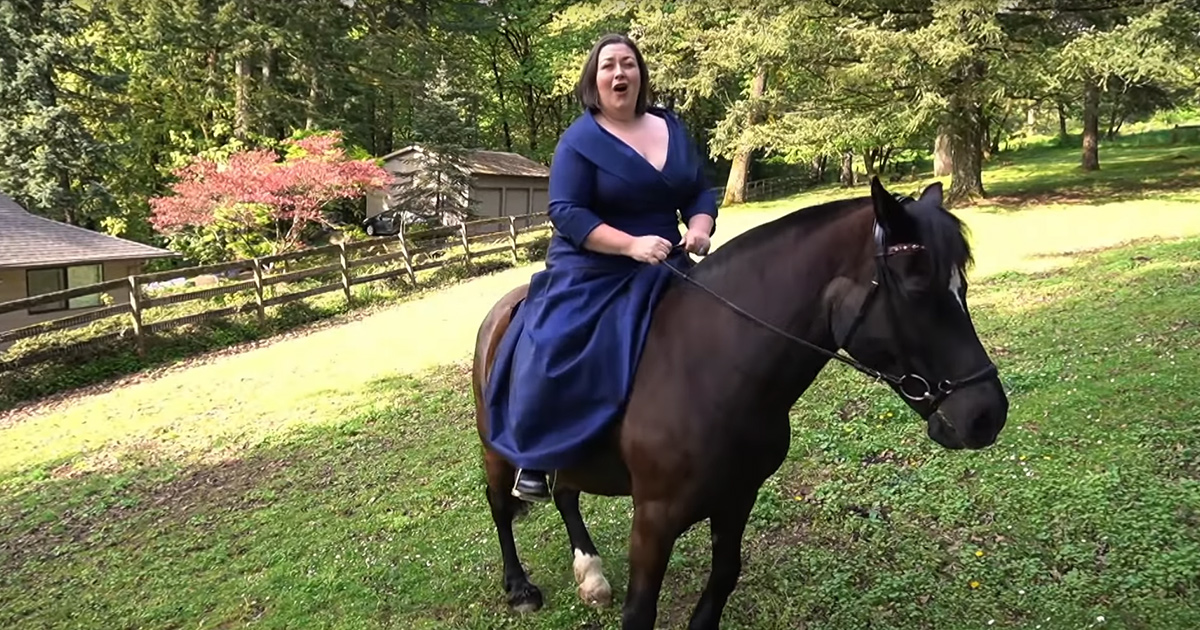 When aspiring opera singer Erin McCarthy auditioned for Season 15 of “America’s Got Talent,” the judges were ready for the big voice and the big dress. What they didn’t expect was the horse.

McCarthy, a voice teacher from Oregon, performed her live audition on horseback at her farm near Newberg, eliciting immediate laughter and amazement from the judges. Simon Cowell, in fact, still hadn’t recovered once the vocal gymnastics were complete.

The horse, Etta, wasn’t just for show. McCarthy’s audition was a portion of Brunnhilde’s battle cry from Richard Wagner’s “The Valkyrie.” Etta did, however, lead to several puns from the judges and McCarthy herself, who said AGT was a chance to “get back on the horse.”

McCarthy told the judges she had aspired to pursue opera in her early 20s but that life went another direction, so she was hoping AGT would be her second chance. Three judges agreed, Simon excepted, earning McCarthy a spot in the next round.