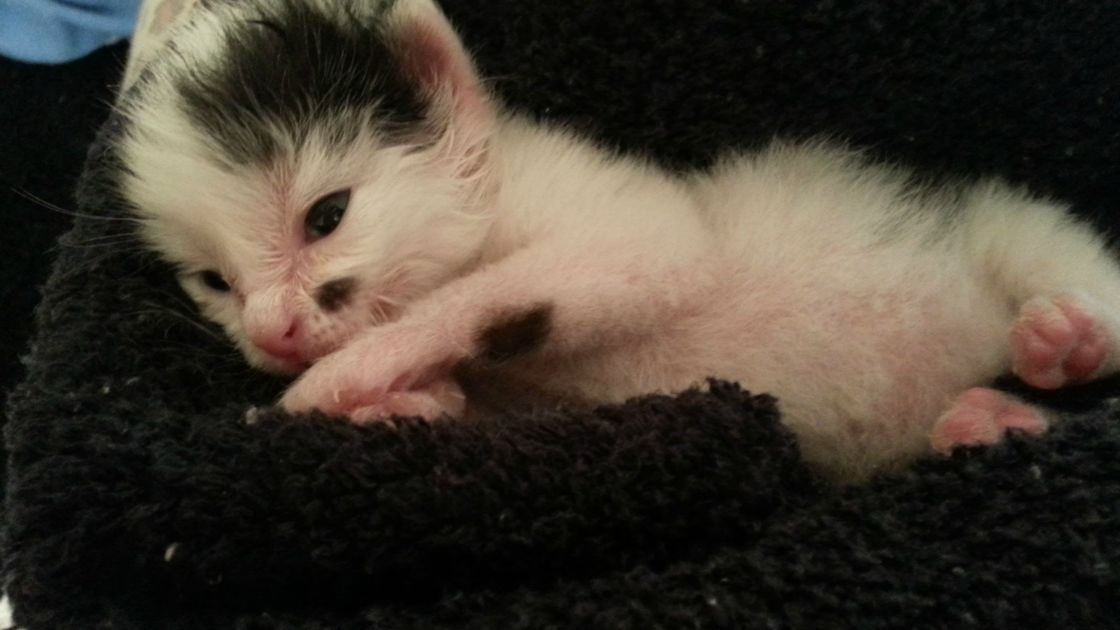 One fateful day, a dog named Opie was out in the field playing and having a great time. But when the dog noticed something under a log he stopped playing to check it out.

Opie the dog had discovered that there was something alive under that log and he was determined to find out what it was.

A very tiny kitten was under that log and it was covered in maggots. The kitten was stuck under the log and couldn’t get out on its own. But Opie wasn’t going to leave without the kitten, so Opie’s owner came to help the kitten out.

After the tiny animal was rescued from the log, it was then taken to a local animal hospital where it was checked out by a Vet. The feline, who is now being called Roscoe, was allowed to be taken home that very same day.

A bath was in order for the kitten and after being cleaned up he was placed in a nesting box that the dog’s owner made for him. This was the perfect place for the cat to get some much-needed rest. 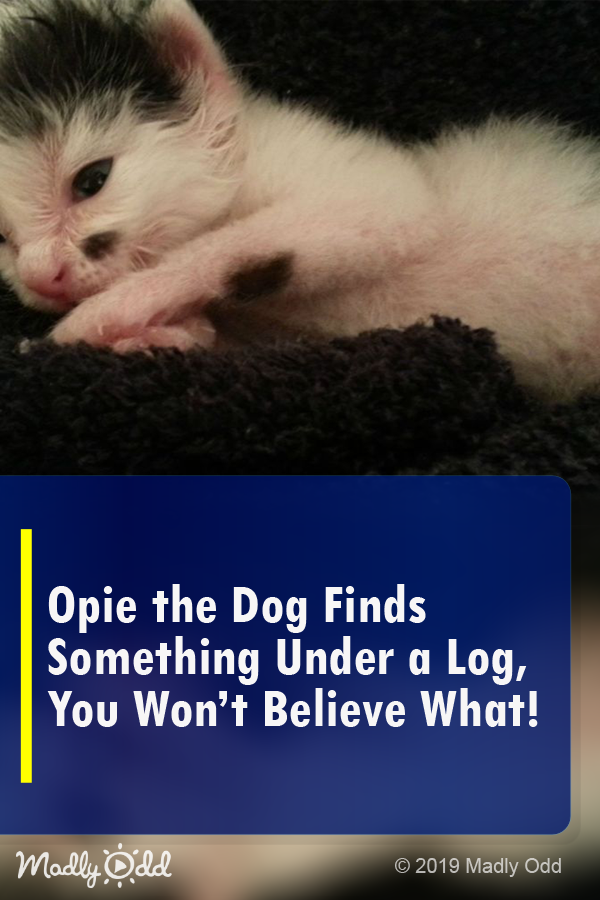