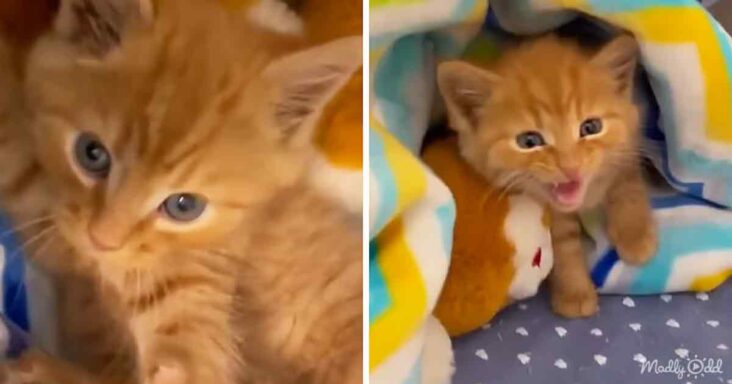 A tiny orange kitten had transformed from hiding under blankets to trying to get her foster mom’s attention with his tiny screams. Jennifer, who worked at the Indy Humane Rescue Shelter in Indianapolis, Indiana, had recently decided to foster a little kitty to give him a better life. 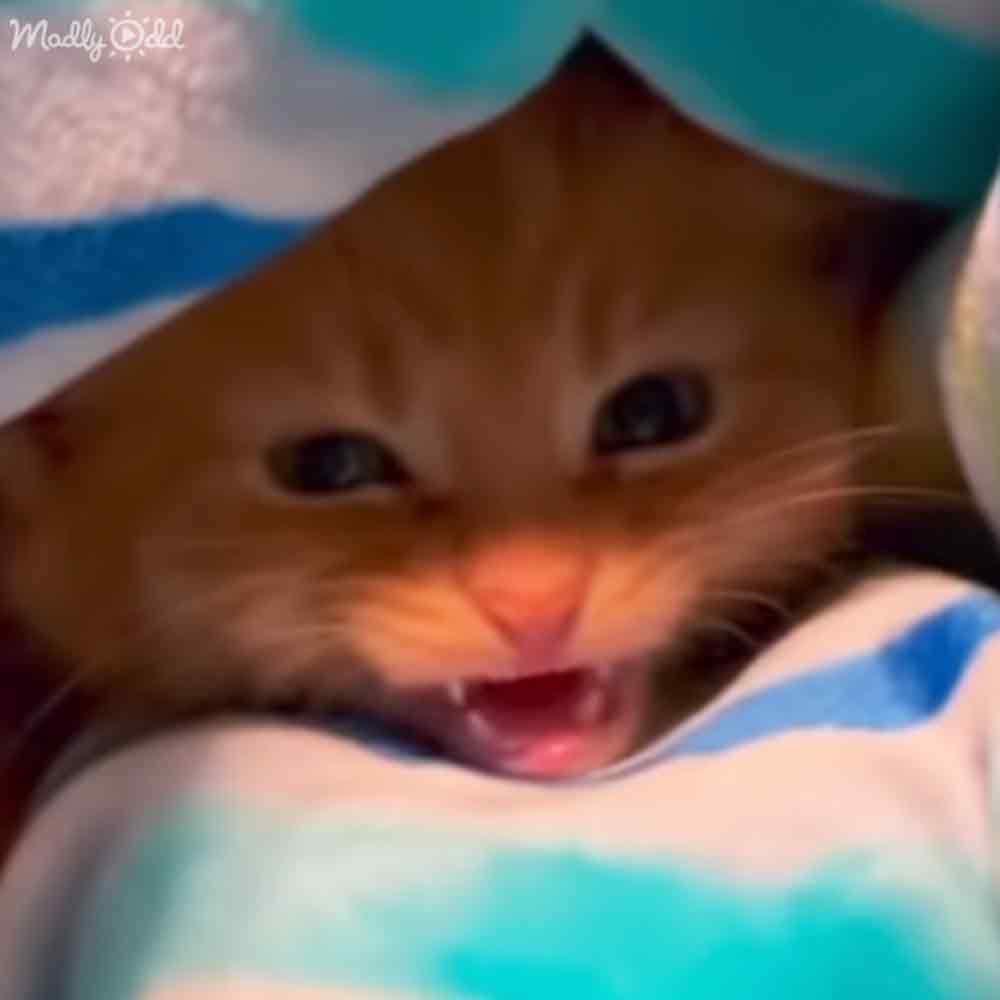 Jennifer took him in and lovingly named him Butterball. She also got him a comfortable pen so the tiny kitty could settle in. The foster mom filled the pen with cozy things such as toys, blankets, and a soft bed.

Soon Butterball started to warm up to his foster mom with some head scritches and delicious meals. He was a bit shy and hissy, but he began to change with much love and care. The little one even started to purr and became playful. 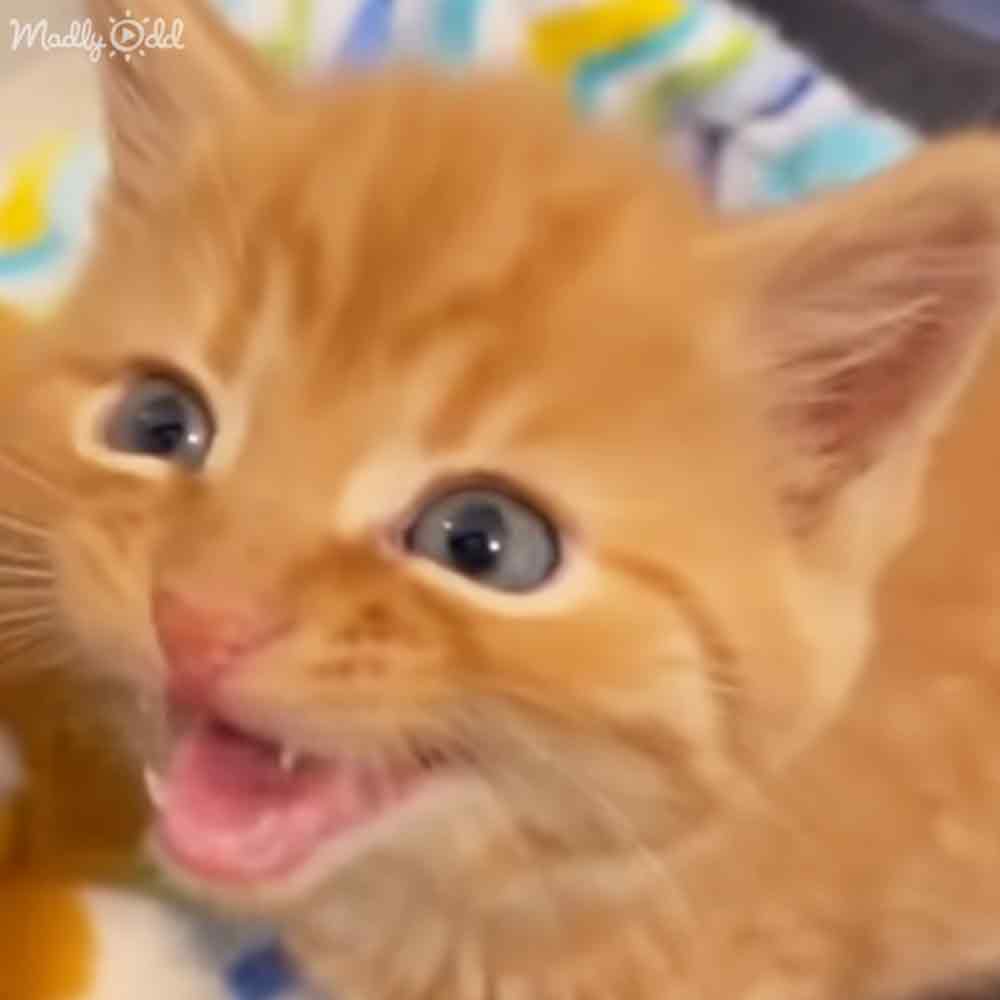 He loved his toys, but when some of them made strange noises, the tabby kitten would get nervous and hide underneath a blanket in the beginning. His foster mom would constantly reassure the young one that everything was fine, and soon he would regain the confidence to play.

He came out of his shell and waved his paws in the air. Jennifer thought he could not socialize at first as he might have been born to a feral mama cat. However, once the kitty was brave enough to leave the soft blanket, he looked forward to getting his foster mom’s attention & snuggles. 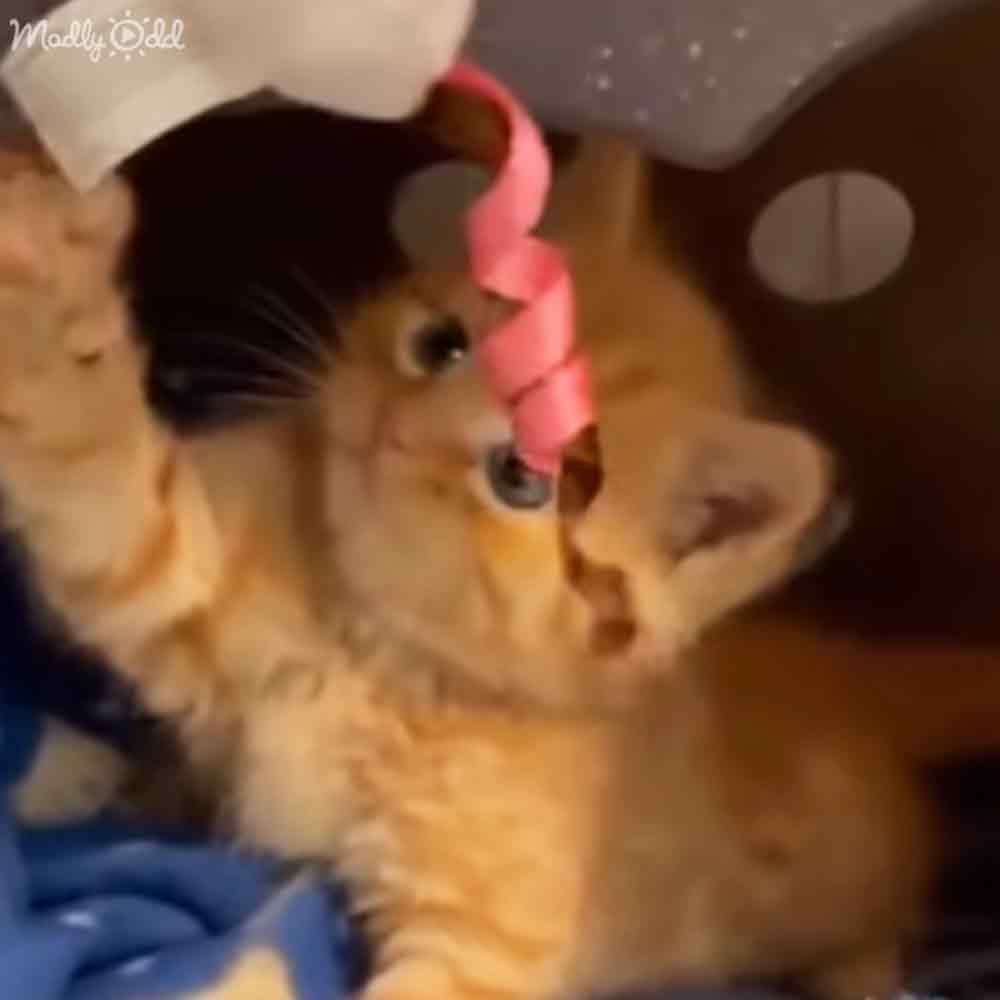 Butterball’s huge personality came out in full swing as he soon warmed up to his new home. Now the little kitty follows his foster mom around. Whenever Jennifer would get ready for work, the cute kitten would let out a prolonged tiny scream that would never stop.

Butterball meows nonstop until he got what he wanted. When he wanted something, the kitty would not take “no” for an answer. He was fond of food and still wanted to be nursed on his foster mom’s t-shirt as he craved attention. 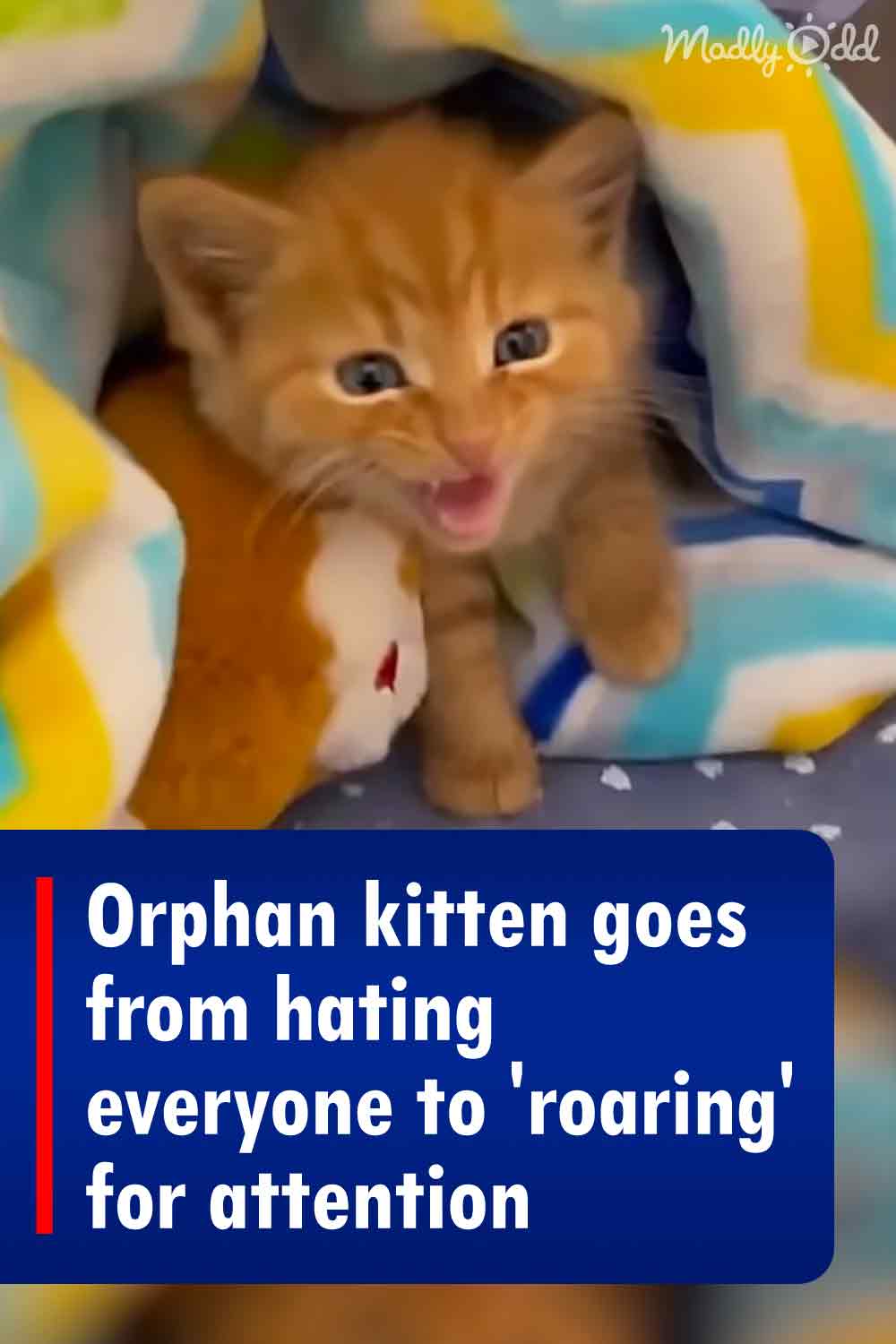