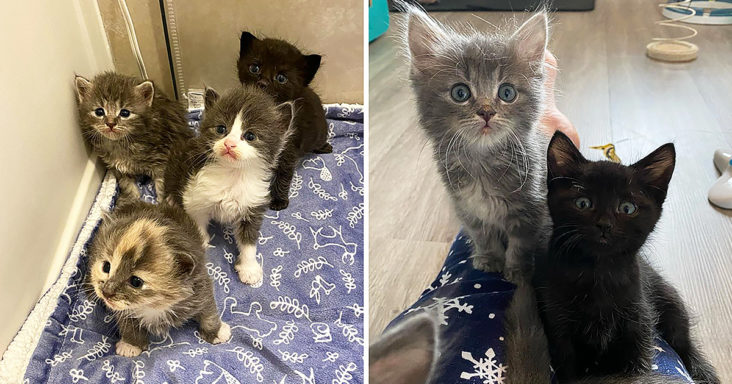 Two concerned and caring people found four newborn kittens roaming around in the street. But unfortunately, the mother cat could not be found anywhere, and these kind people could not leave the kittens on the streets to live independently.

So, they decided to bring the kittens to the Animal Welfare League of Arlington, situated in Virginia, so that the young ones could get the best care that they needed to survive. Penny Richards is a volunteer who helps foster animals for the shelter. 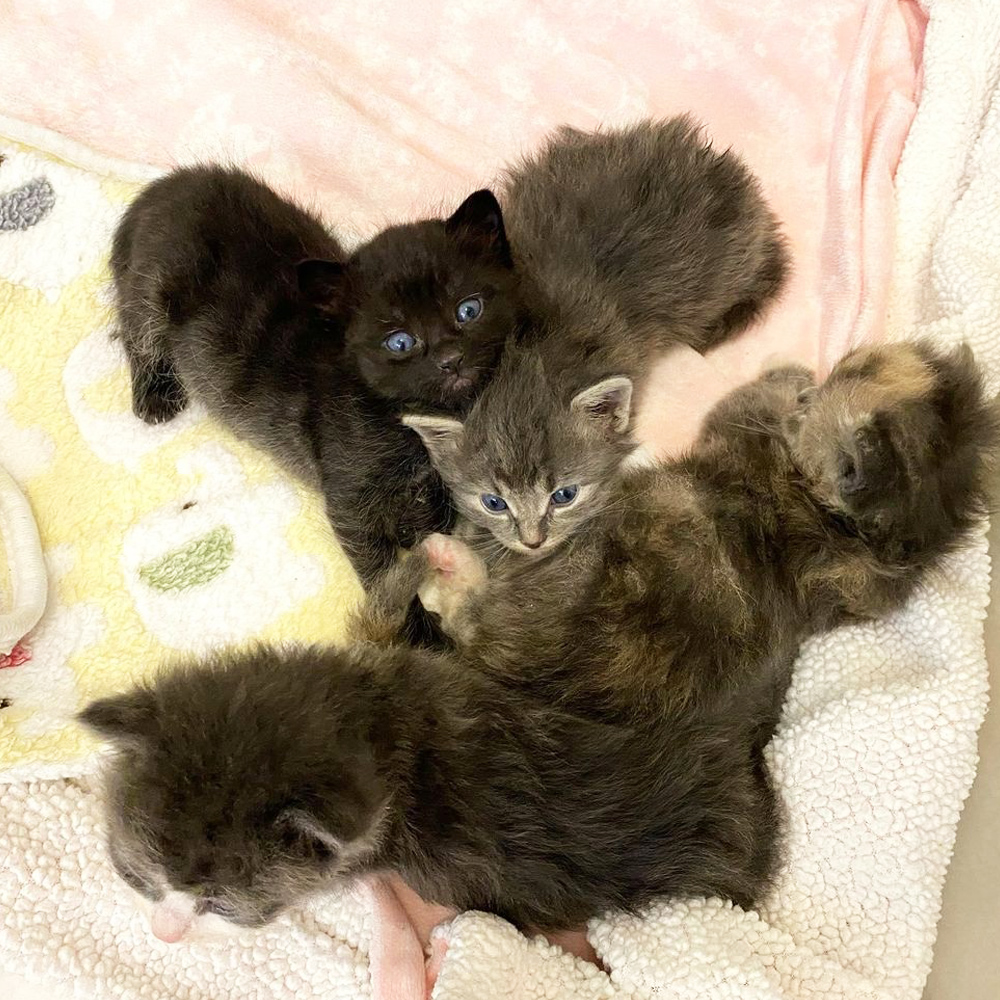 Penny decides to bring the kittens home and take care of them as they arrive. Unfortunately, all the kittens were almost three weeks old and very weak. It was a tough night for the little ones as they did not know how to feed on a bottle and were too young to eat solid food.

However, Penny was not ready to give up. She made a slurry with wet food, and all the four kittens enjoyed the delicious meal given by their foster mom. After a lot of effort, the kittens gradually learned how to feed on a bottle. 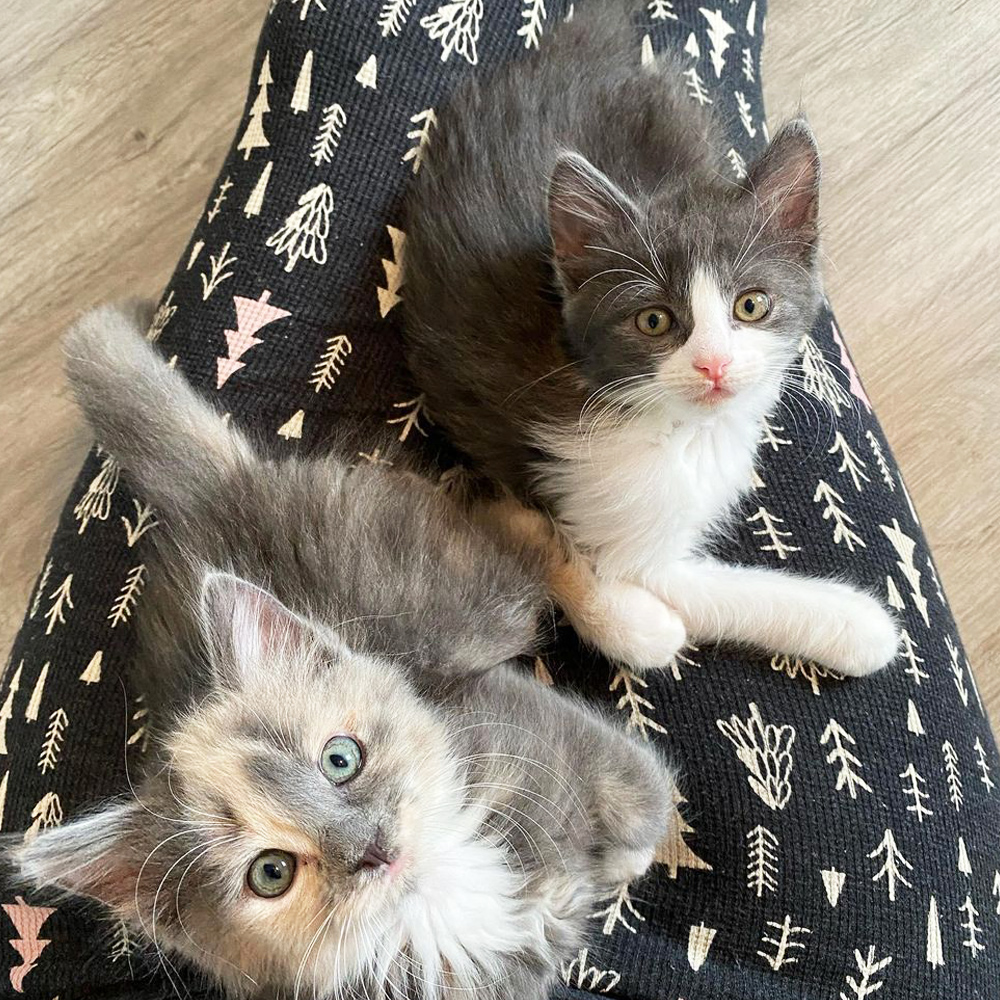 They started to gain weight and enjoyed their life at their foster home. Now they eat like a champion. The kittens were named Brook, Beck, Bayou & River. The bravest of all the four kittens is Bayou.

Bayou is the bravest and sassiest girl. She would always scream for milk during feeding time. The tiniest kitten, Beck, did need her foster mother’s assistance for a while until she became strong enough to eat her own food by herself. The other kitten River is the only boy with an underside covered with white hair as though he has got old. Brook acts like Penny’s supervisor as she loves to watch her all the time. 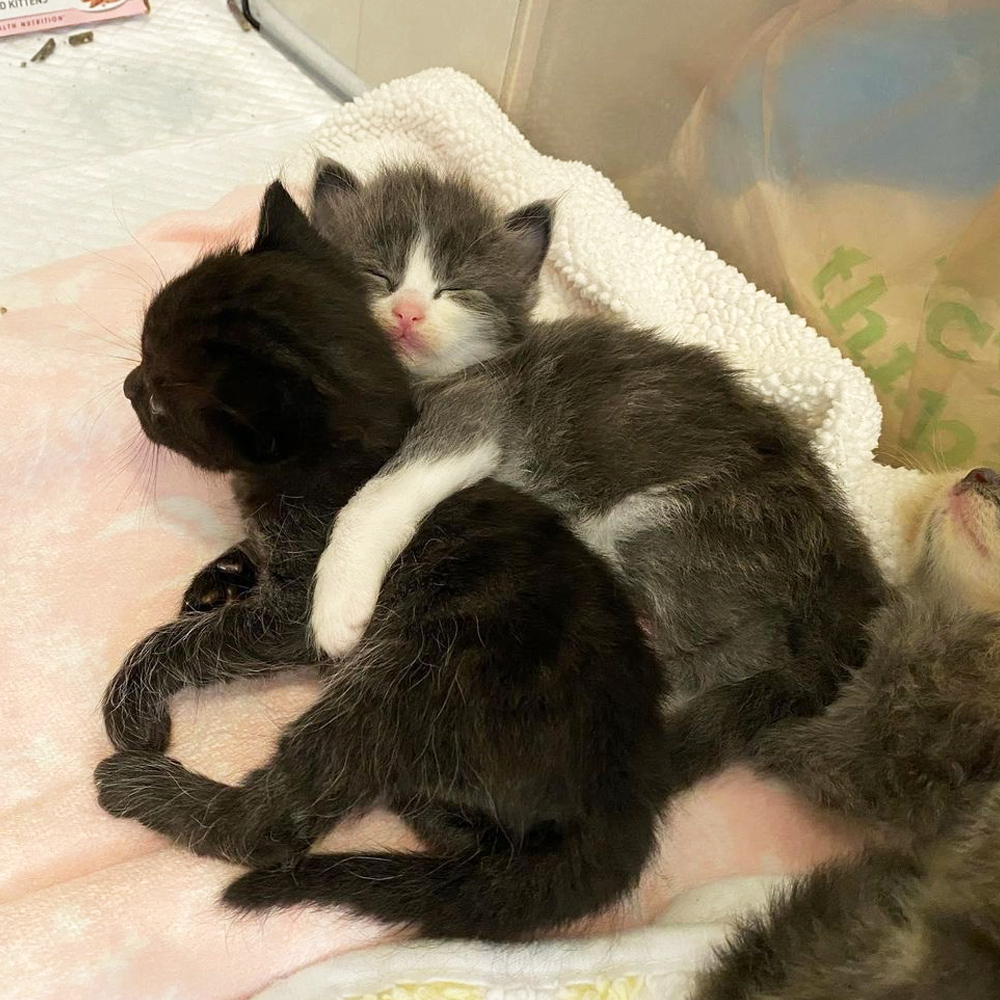 All the kittens are growing up well and like to rest and cuddle on Penny’s lap. Bayou and Beck love to climb up on Penny’s shoulder and want to play with her. The four adorable furballs don’t mind other foster kittens joining them and love playing with each other.