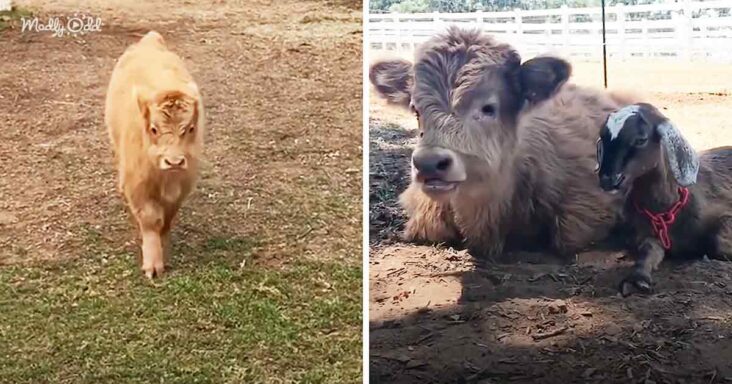 Leslie had recently adopted an orphaned baby cow named Buckley. At the time of adoption, Buckley was just 5 weeks old. The poor boy kept crying when he came to live at home. The little one was heartbroken. 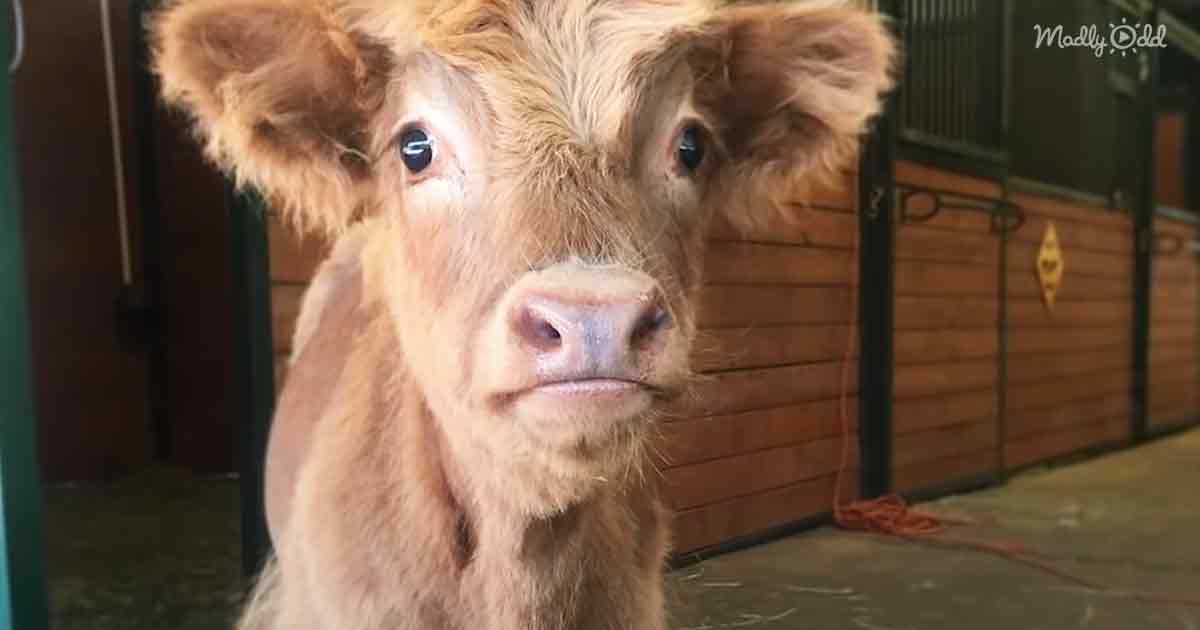 The new mom thought that the poor soul did not even know what had happened to him and she should try her best to comfort him. So she slept at the barn with Buckley to keep him company.

However, nothing seemed to calm him down. Buckley was not eating, and Leslie could not get him to take a milk bottle. This was when her daughter came up with a fantastic idea. She said, “Let’s get a baby goat, and they can grow up together.” 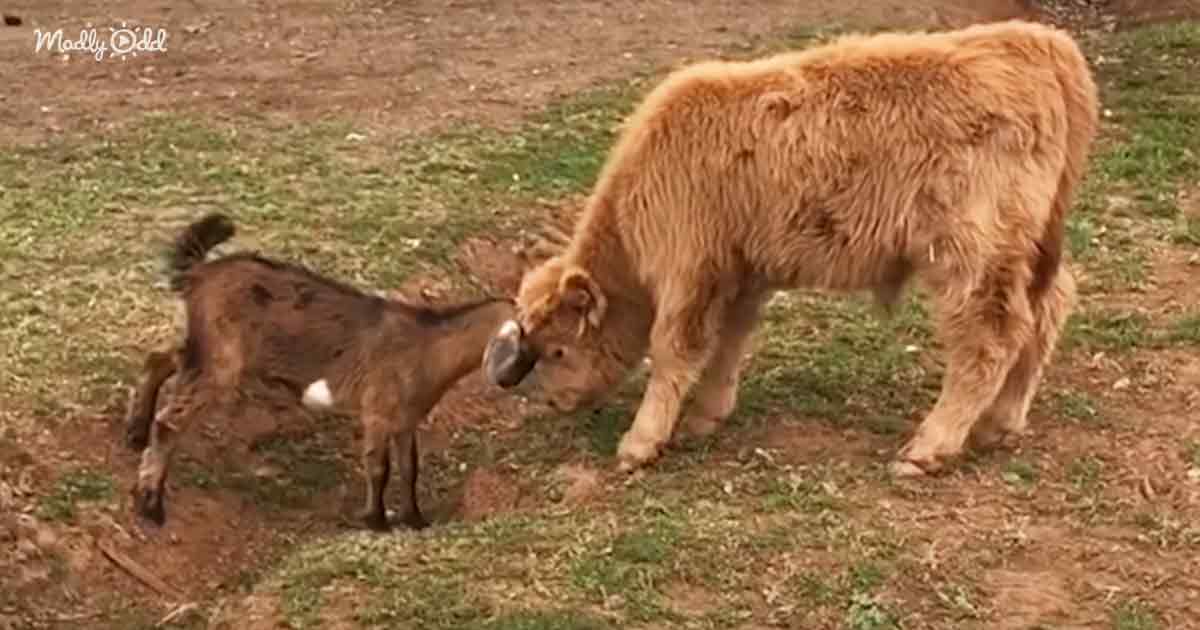 Leslie thought that this might work, but if it did not, she would have two babies that would keep on crying. Nonetheless, she went ahead with the plan. Leslie adopted a goat named Ralphy. Soon Buckley perked up like, “Whoa, this little guy is my size and the same color.”

They became good friends instantly. They would never be late for their meals and always be together. If Ralphy played with the ball, Buckley would join him and play ball. He was connected with the baby goat. 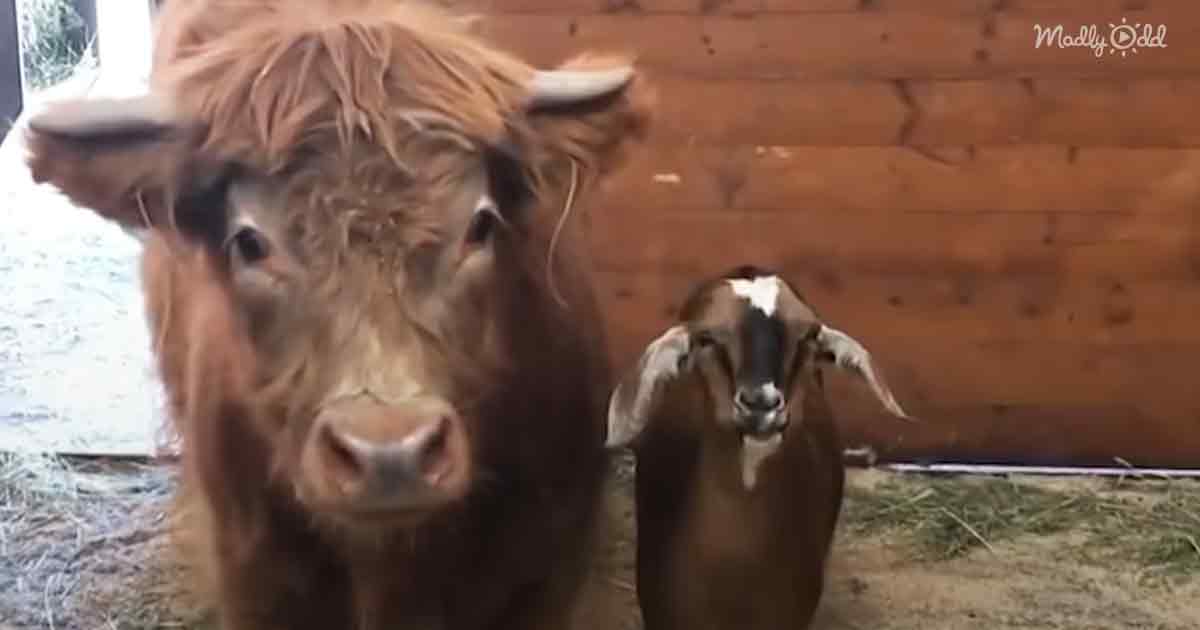 The first time Buckley ever mooed was when he got separated from his best friend. After that, even the baby goat never spent a moment with other goats at the farm. Instead, he was always with Buckley.

They loved their cookies and always looked out for each other. They have been together for several years and have grown up into adults. However, they are still best friends who love each other’s company.