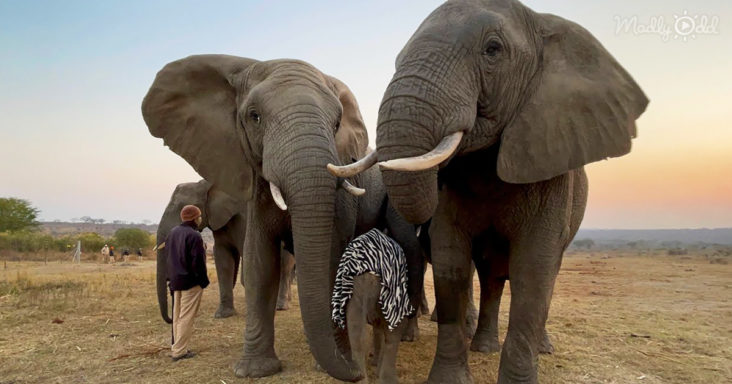 A new baby elephant has joined the family at HERD Elephant Orphanage in South Africa. At sunrise, Khanyisa was brought to the herd, where she was greeted by her adoptive mother, Lundi, and the herd’s matriarch, Tokwe.

They gave her a thorough trunk sniff, including her blanket, before setting off on the day’s first trek. We see Khanyisa getting to know many members of the tribe, especially Timisa.

Khanyisa was looked after in turns by all of her allomothers, including Bubi, Limpopo, Tokwe, and Kumbura. She was shown around the orphanage grounds, particularly the best places to graze. 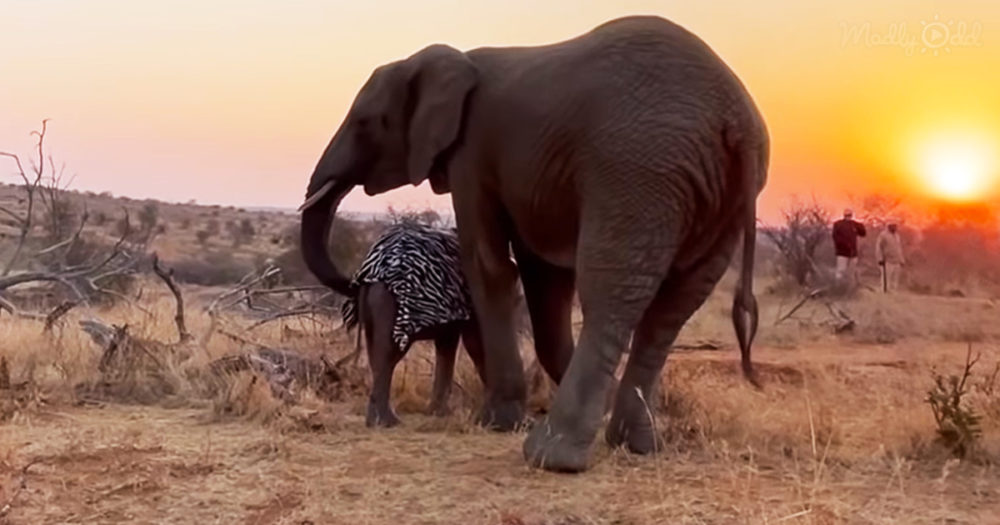 The HERD (Hoedspruit Elephant Rehabilitation and Development) TRUST was established after a 24-year journey in caring for elephants that have been displaced or orphaned due to human-elephant conflict.

The herd in the video called the Jabulani herd consists of 16 elephants. Of these, 11 of them are orphans, while another five were born in the herd. 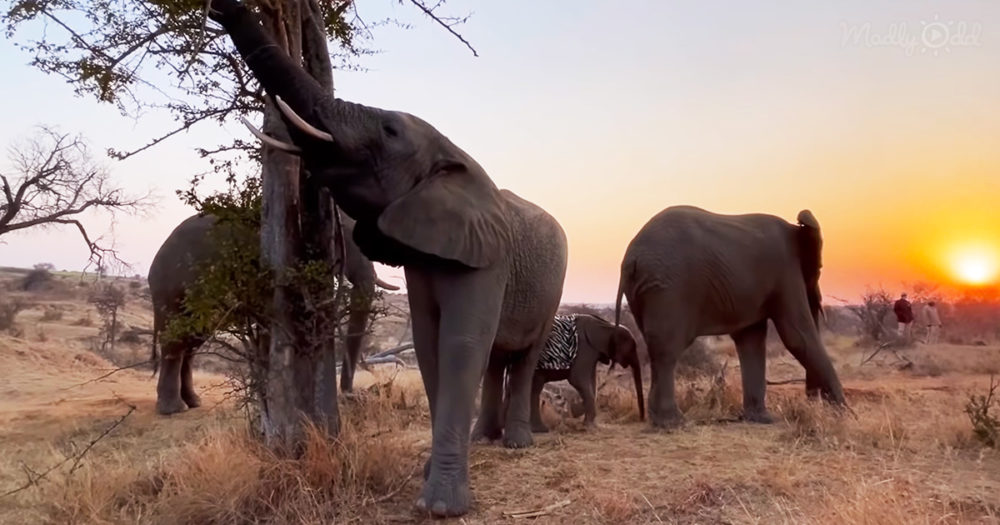 To sustain their efforts in looking after the ever-growing herd, they built a lodge nearby called the Jabulani lodge. The proceeds from this lodge are used to maintain the orphanage.

The organization’s videos are incredibly beneficial to them in spreading their message around the world. They are raw and beautifully unedited, but simply documents of the elephants’ movements have amassed tens of thousands of views.