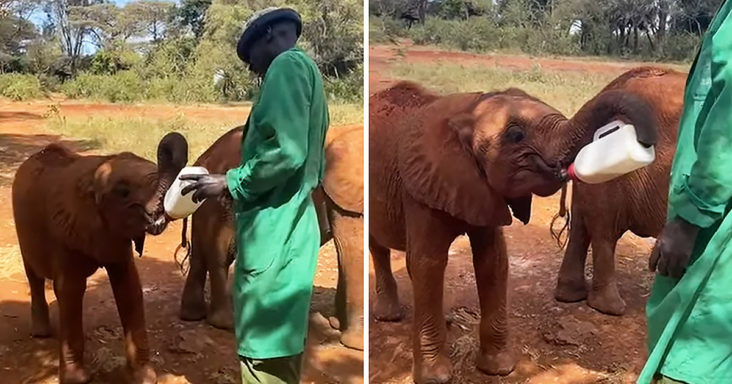 An orphaned baby elephant in Nairobi is warming hearts with a video of him adorably trying to hold on to his milk bottle. He drops it, but a volunteer helps him pick it up and hold on to it. 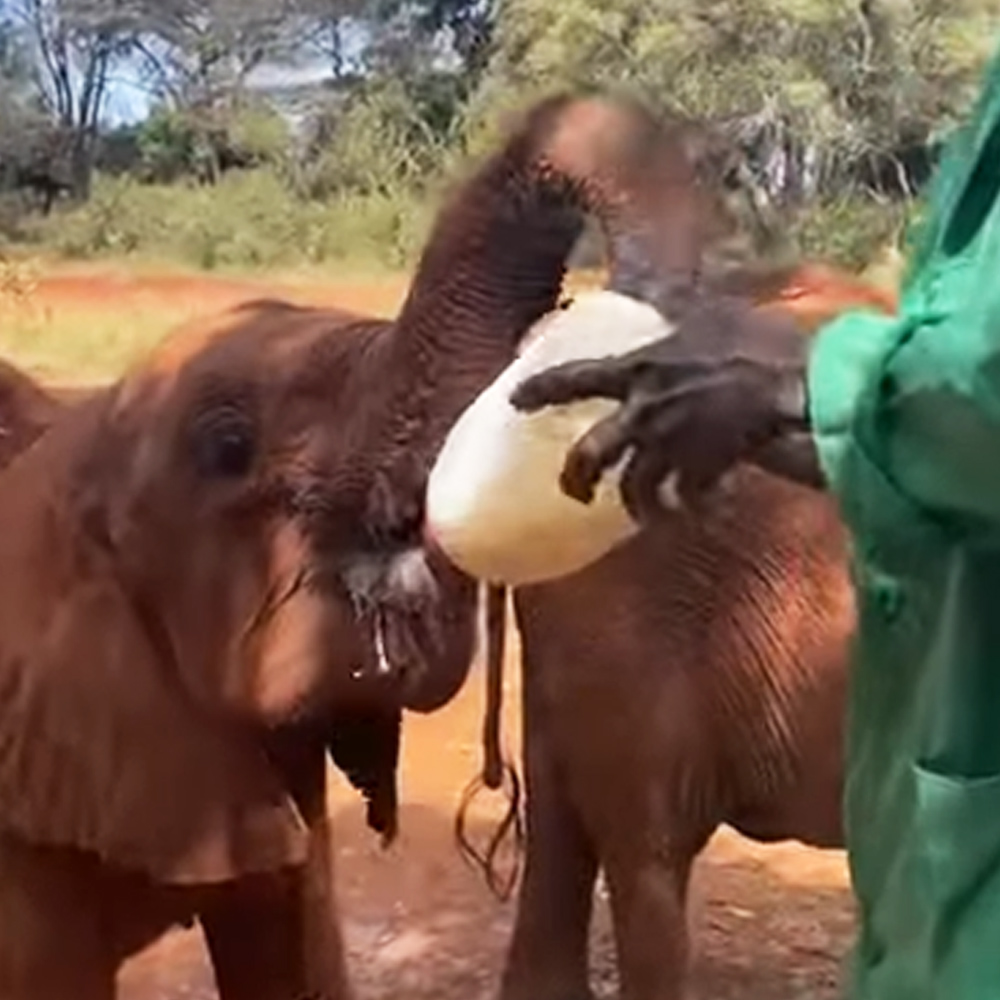 Bondeni, the orphaned elephant, arrived at the Sheldrick Wildlife Trust in Nairobi. After wandering around alone in a small town near Nairobi’s Chyulu Hills, he had arrived at the Wildlife trust.

The legs of the baby elephant were covered in bruises as the poor animal was walking near the lava fields. The injured animal was quickly taken to the Kaluku camp headquarters, staying until he fully recovered. 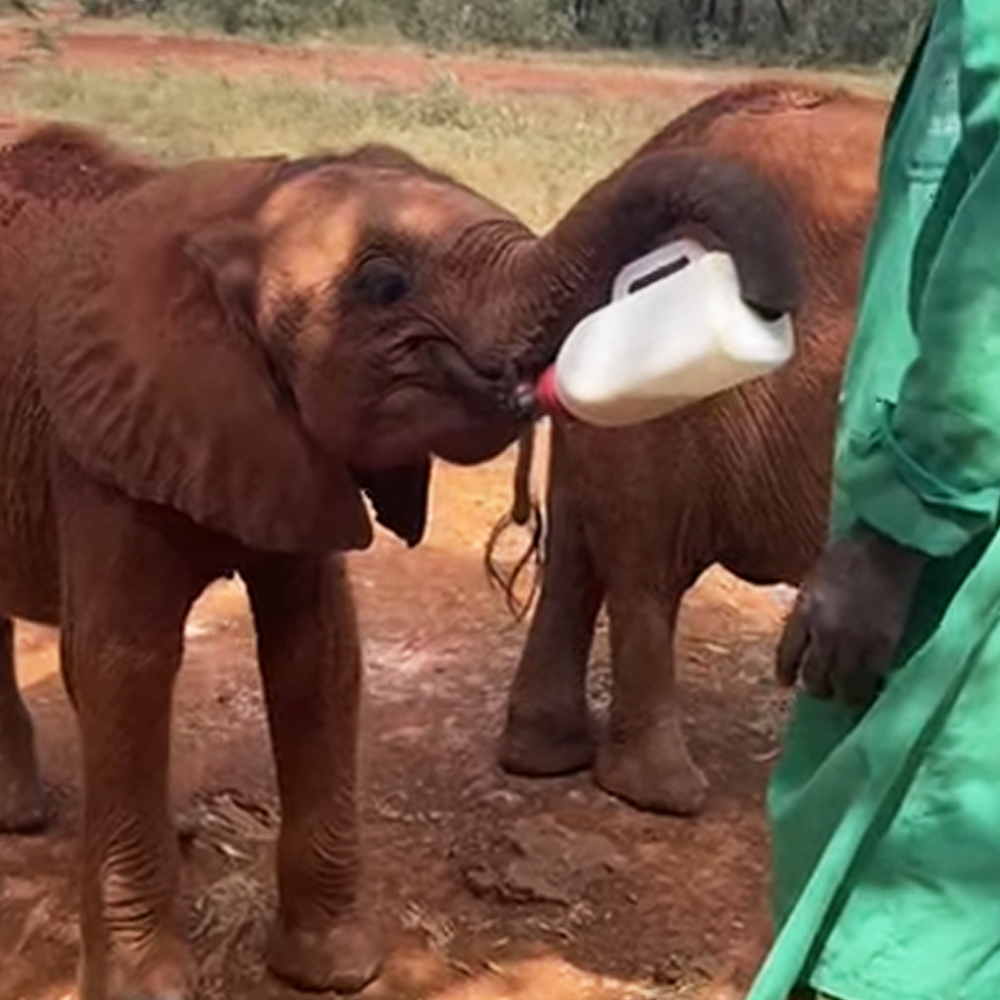 Bondeni was finding it really hard to walk at first due to her wounds. Still, he quickly recovered and was then moved to the Wildlife Trust’s neonatal center nursery for further care.

Bondeni’s caregivers at the trust would prepare formula milk every 3 hours and usually hold the bottle for him to feed. But some animals are found to be very independent. 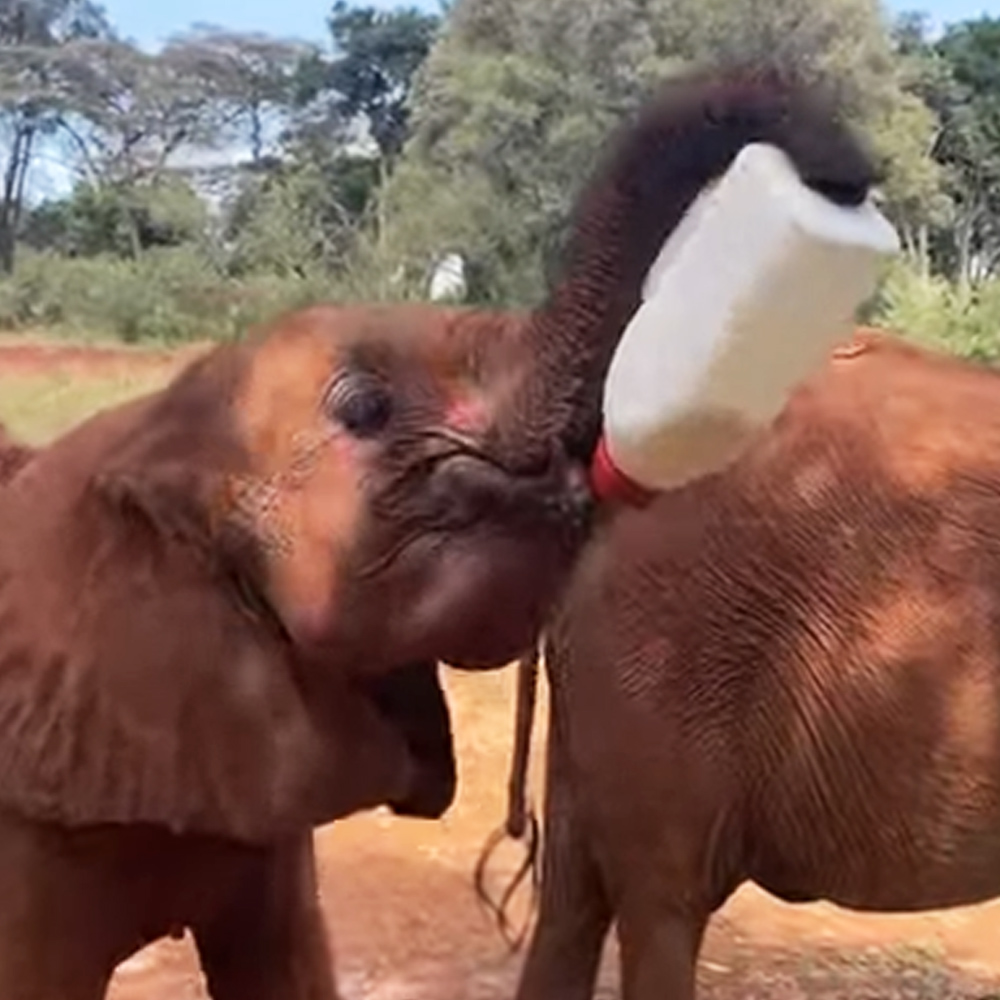 When given the bottle of milk to feed, the beautiful baby elephant tries to hold the bottle on his own. The two-year-old orphan elephant was very excited to get hold of the milk bottle and helped himself by holding onto the bottle with his trunk. Finally, however, he loses his grip. The caregiver comes to the rescue and quickly gives the milk bottle.

This sweet baby elephant may be small, but he has a lot of courage and personality. He must have had a rough time wandering in the wild without knowing what he must do to survive. However, all’s well that ends well. 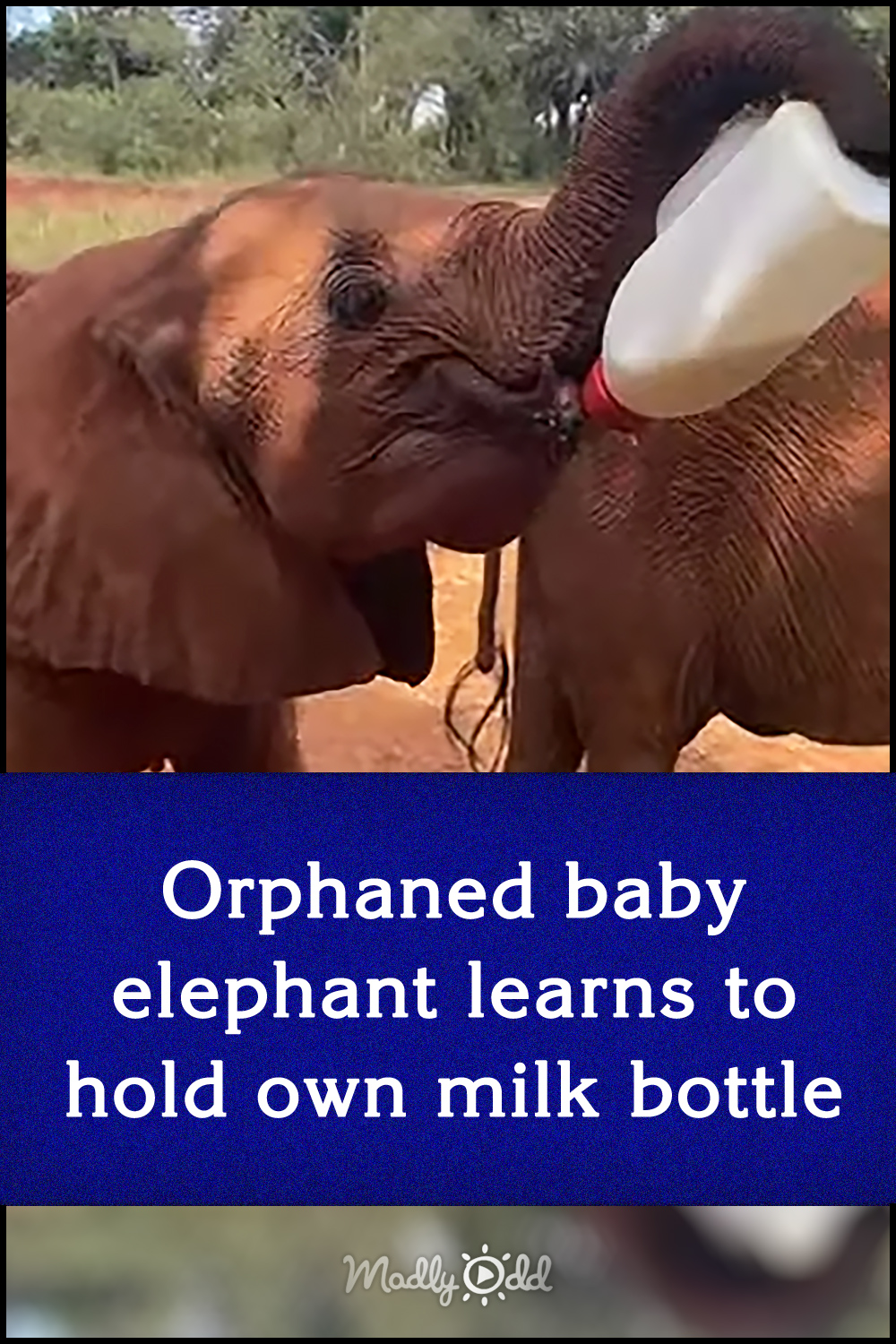