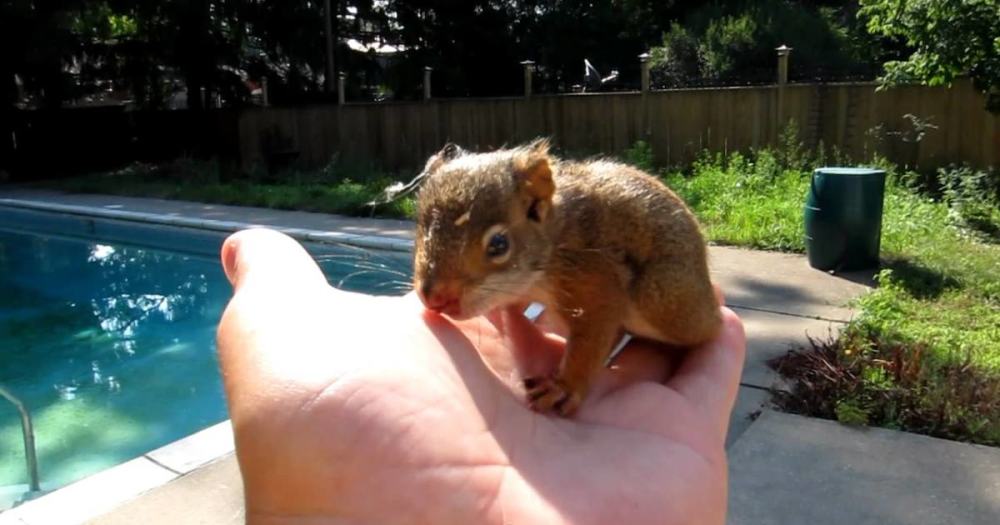 Squirrels are probably one of the most adorable creatures on the planet. They are known for being fast, quick, and intelligent. Most of the times, these little rodents don’t like to approach humans. Therefore, this man was kind of surprised when a baby squirrel ran up to him by itself while he was working in his backyard.

He was outside when he heard a noise. As he looked up, he saw a tiny red squirrel watching him from about 2 feet away. The man said “hello”, but the squirrel stunned him by coming over. He chased him and ran up his leg. He tried to put him down, but in vain. The man says the baby lost his mom. But fortunately, he was found by this wonderful person since it would be hard for him to survive on his own at such a small age. 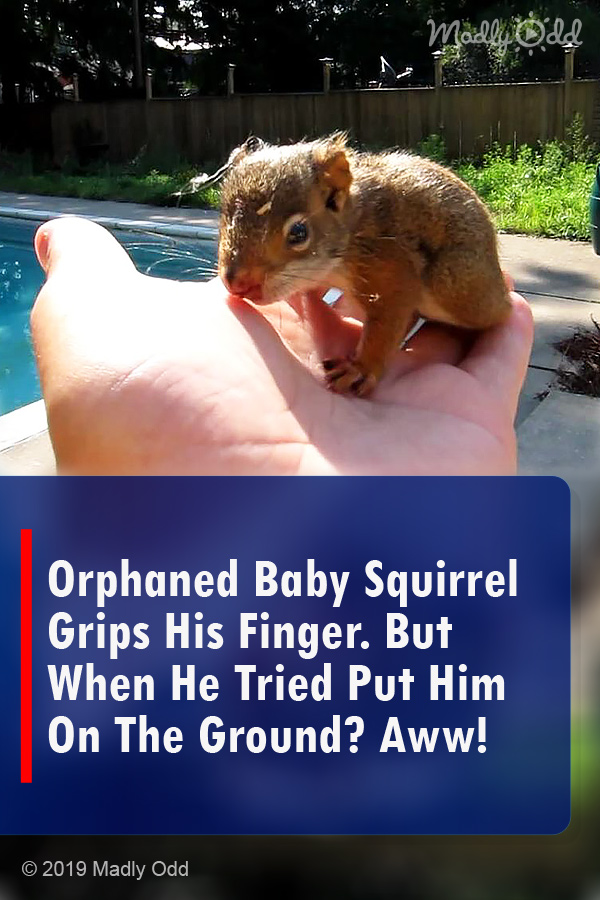