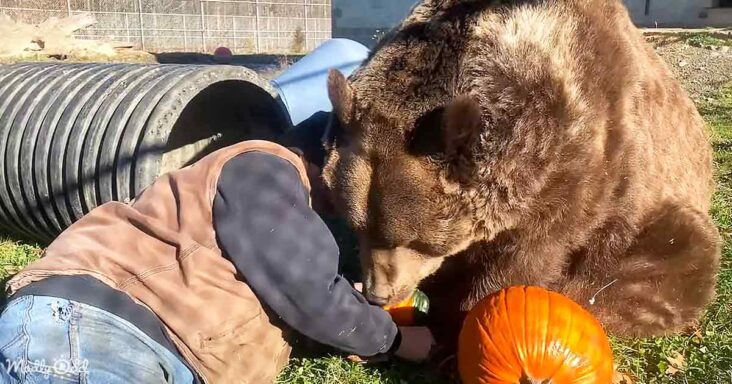 Orphaned Wildlife Center, located in Otisville, New York, was a rescue center for wild animals run by Jim and his wife, Susan. The couple has been managing everything out there with a few volunteers. The rescue center specializes in caring for Kodiak & Syrian Bears. 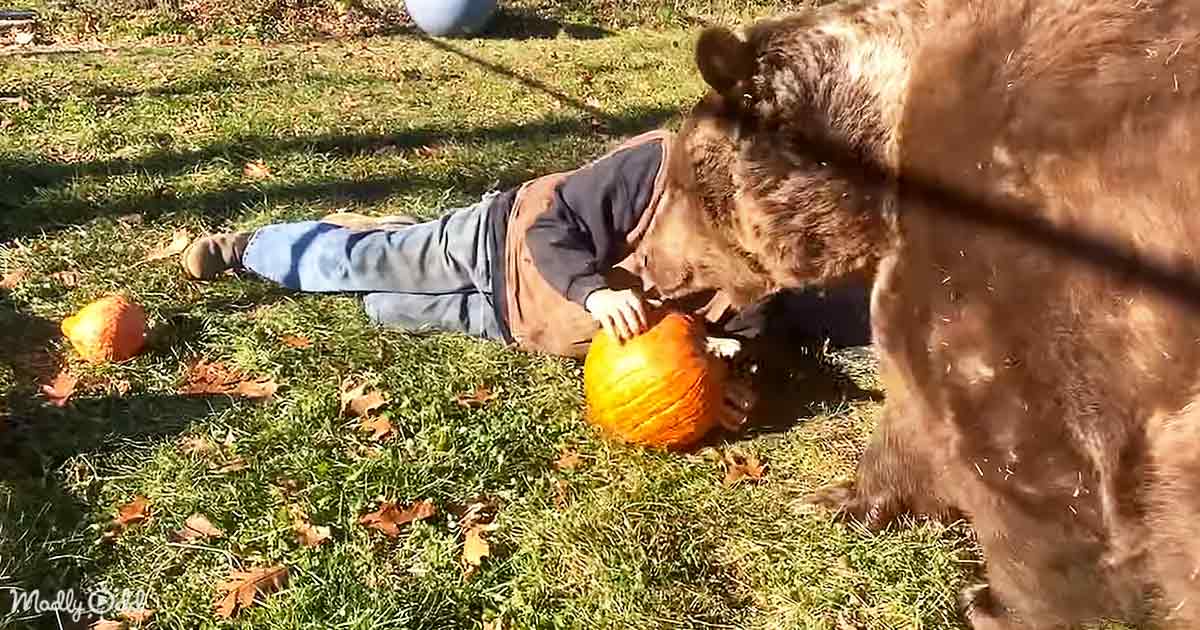 The couple loved their bears and cared for them like their own children. Recently, the owners decided to celebrate Thanksgiving by sending thanks to those who have helped their staff take care of the animals.

Jim and Susan did most of the chores. Still, they occasionally got help from some kind-hearted humans who decided to volunteer at the Center. Each bear had a unique name and was an extended family of the Center’s owners.
Some of the enormous residents of the Orphaned Wildlife Center were Amy, Jenny, Randy, & Rose. All the bears were close to Jim and treated their owners as their own. 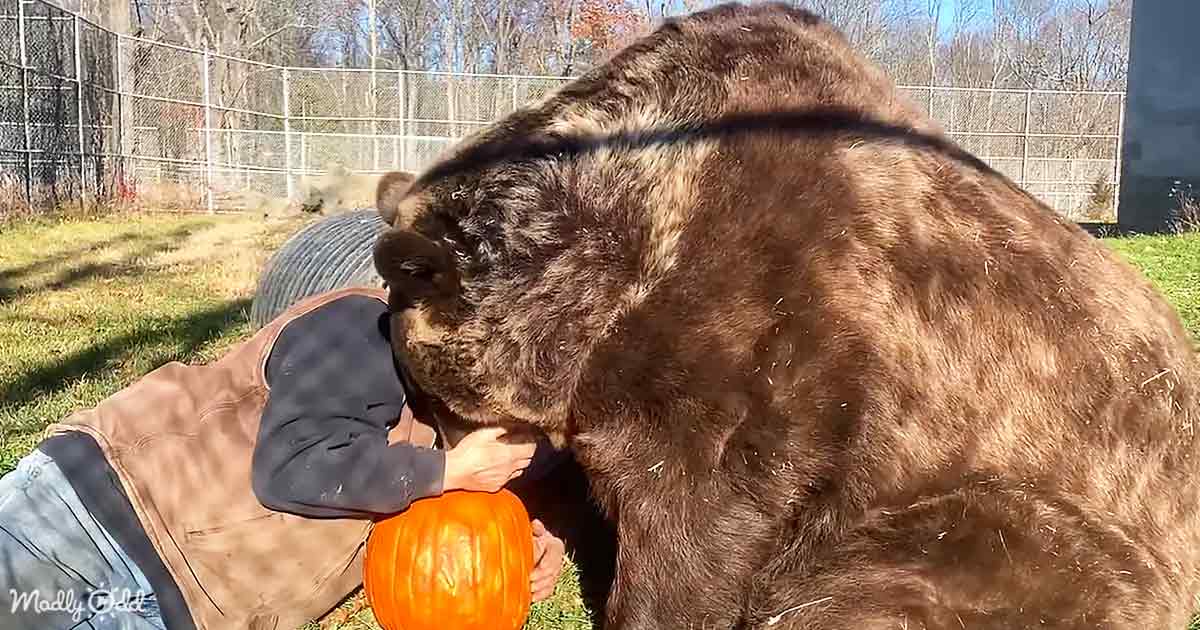 Jim and one of the Orphaned Wildlife Center resident bears enjoyed the festive season by spending time together. They cuddled with one another, and the bear got a pumpkin. However, the wild animal was more interested in stealing Jim’s spectacles, which he had kept in his jacket pocket.

The caption for the video stated that the Orphaned Wildlife Center was thankful for the support they received from others. Jim and the orphanage resident kept on cuddling. The Kodiak bear behaved like a giant puppy seeking his master’s affection. 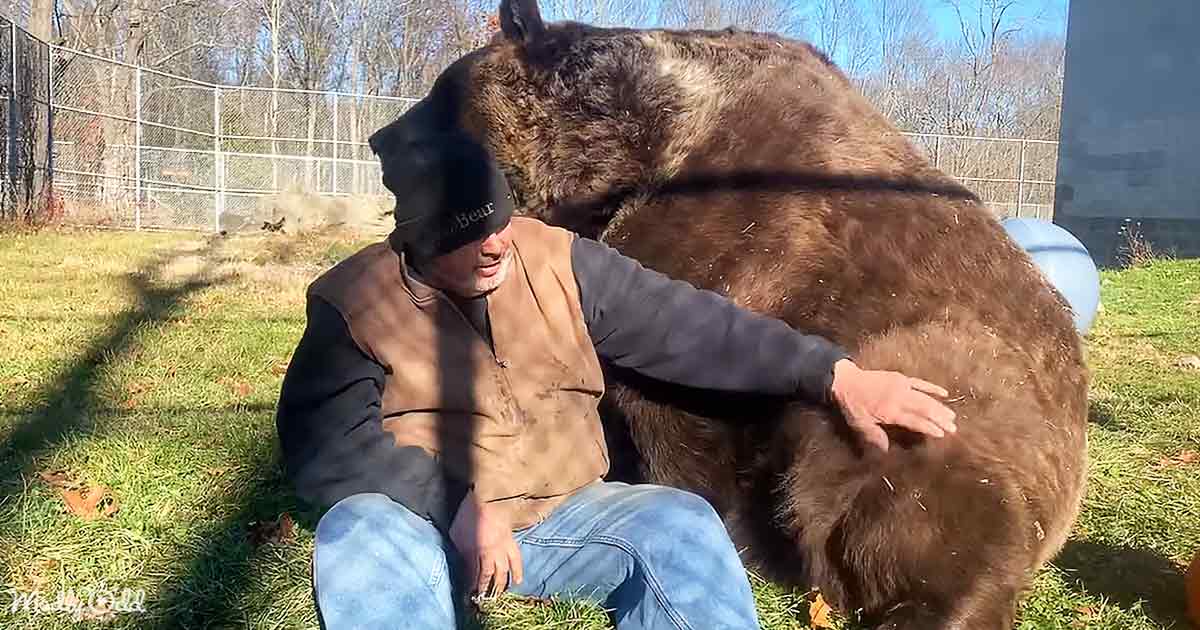 Susan and Jim were planning to close the Center because it was becoming difficult for them to afford the expenses anymore. However, they got help from Kerry, who recently asked them to turn the Center into a non-profit organization. With several people’s help and support, they could get everything back on track. Hence, they wanted to thank the people who had supported them during their difficult times. 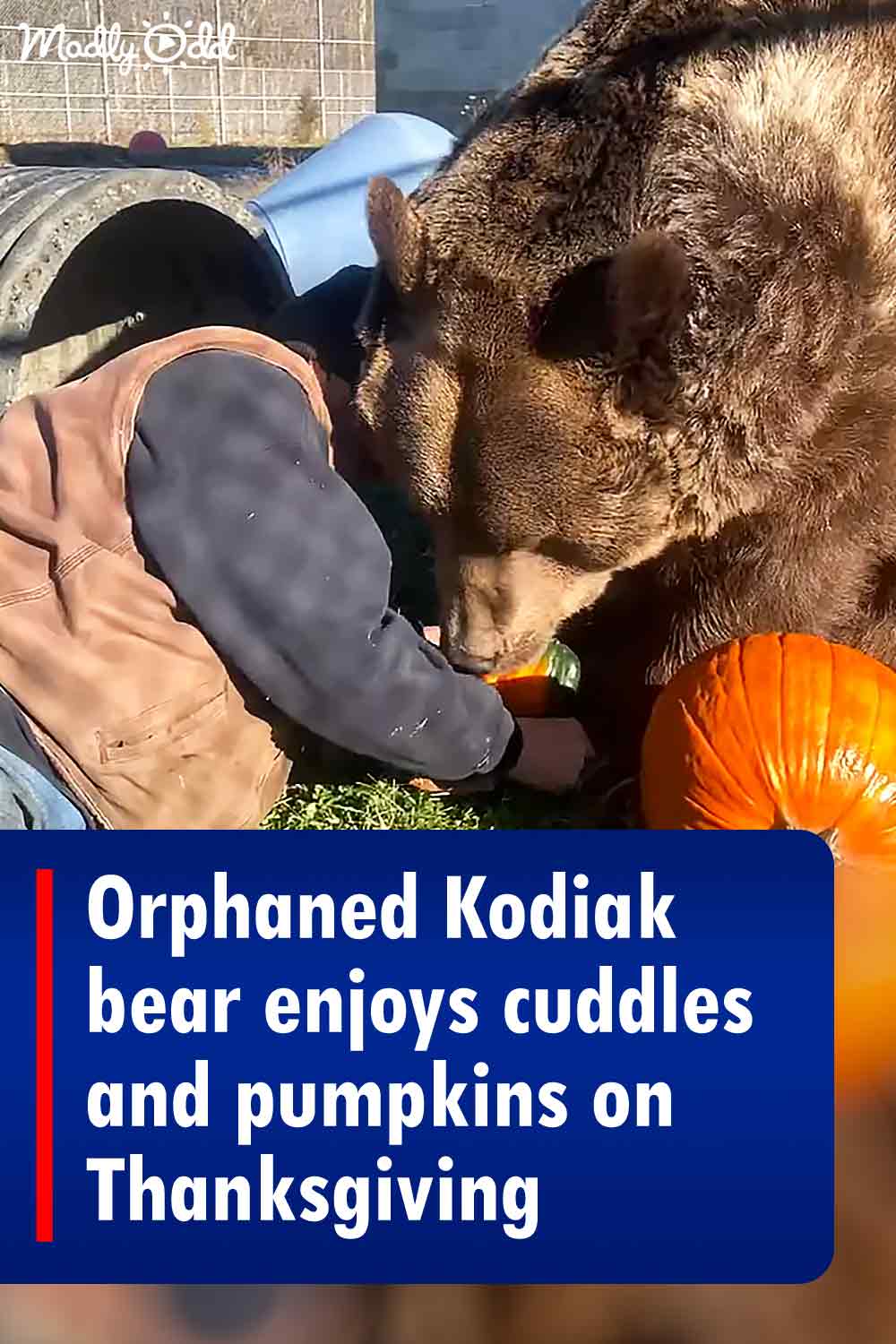