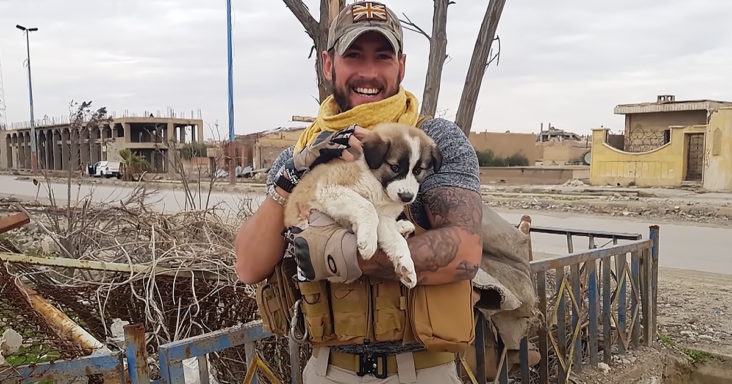 Sean Laidlaw was a British Army veteran stationed in the war-torn country of Syria as a private contractor with a bomb disposal squad. This is where he met his special canine friend Barrie.

The scared dog was standing in the rubble of a building all by herself. Sean heard the dog whimpering as she was trapped in the debris. She was with Sean for 3 days before she could actually trust him.

Eventually, Barrie learned to trust her human. Sean had named the dog Barrie as he could not figure out at first if the dog was a male or a female. However, once he understood, the name just stuck.

Sean was grateful that Barrie was there for him when he returned from work in Syria as she helped him keep his sanity. The dog kept his mind away from the awful part of work. 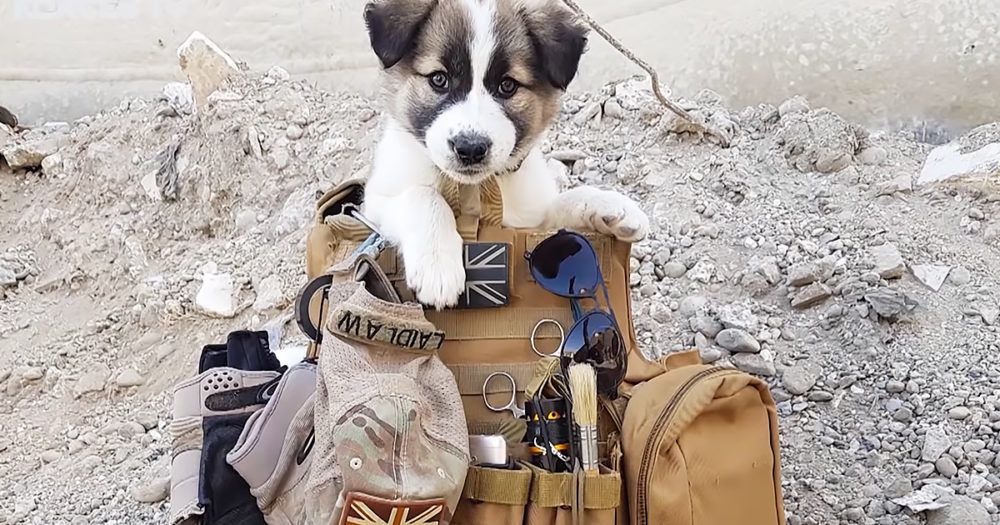 Sean and Barrie had an incredible bond, and the cute dog would follow him everywhere. They would go on jobs together. She loved to travel and sat in the passenger seat when they went to Raqqa. However, Barrie had to leave camp for a short trip back to the United Kingdom. When he wanted to return, he was told that his contract was canceled and he had no way of retrieving Barrie.

Sean could not leave Barrie in Syria. He contacted the charity organization “War Paws” for help. The organization focuses on helping animals in war-torn countries. The journey was not easy. Barrie had to fly from Syria to Iraq, then from Iraq to Jordan, and from Jordan to Paris. This is where she met Sean, who had traveled there to get her.

Sean was separated from Barrie for a long time, and she had now grown up. He was concerned that Barrie might not remember him. But he was totally wrong. Barrie eventually recognized him, and they had an emotional reunion, and she was happy to be with her favorite human.