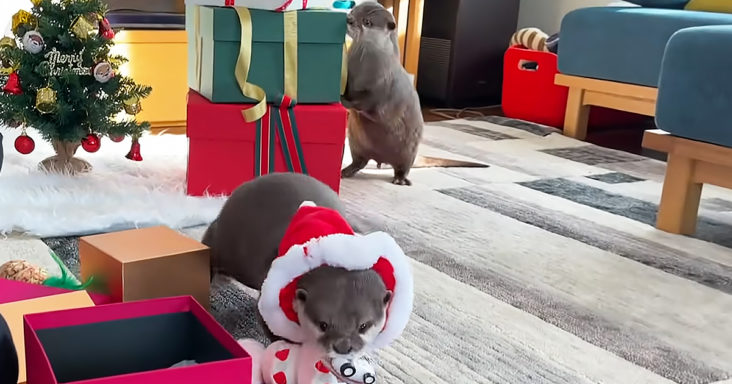 Two otters named Kotaro and Hana quickly ran down the stairs filled with excitement to open their Christmas presents. Hana wore a bright red Santa hat, and they saw that there were a lot of gifts from their friends. 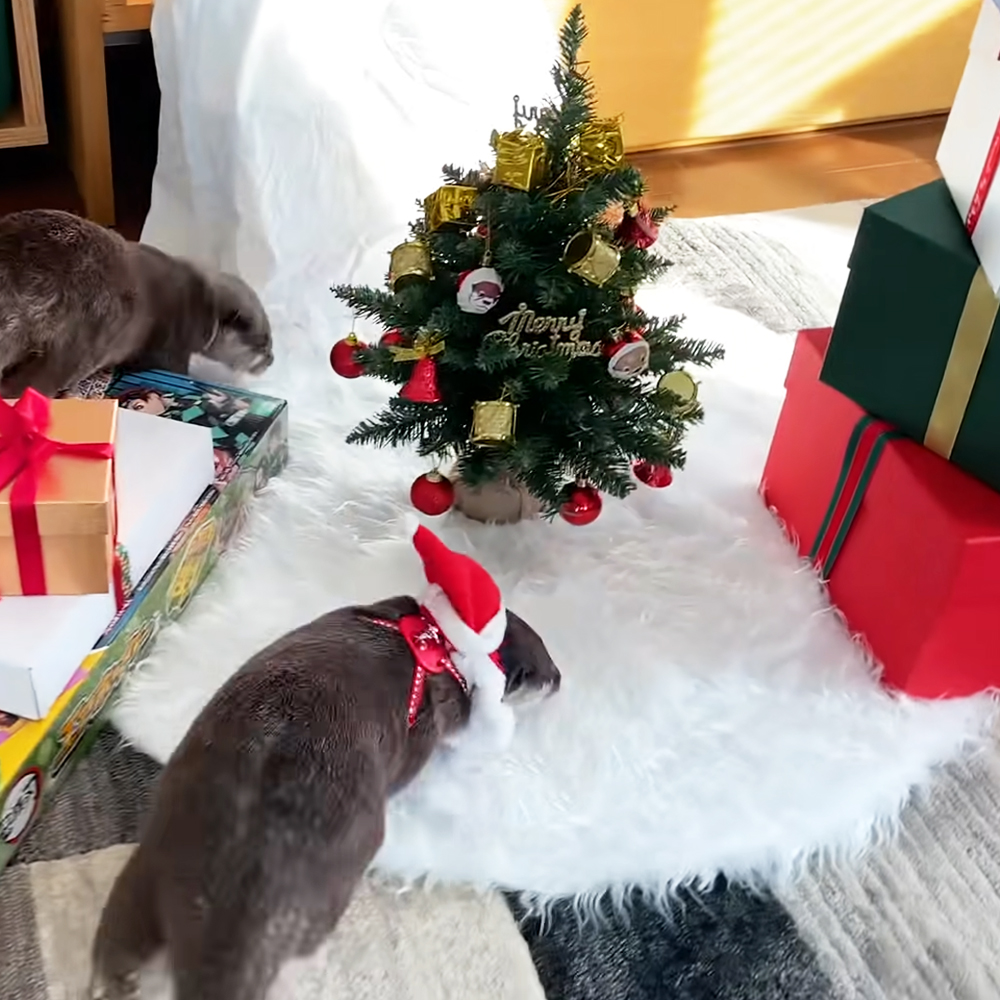 On the floor was a small Christmas tree that was the perfect size to match the otters. Kotaro was fascinated with a Santa Claus toy that was singing and dancing, and he ended up chewing on the toy’s hat.

They started to open the gifts, and the first one was a bunch of cute plushies. The next present had toys that looked like sushi, and it also had wheels. 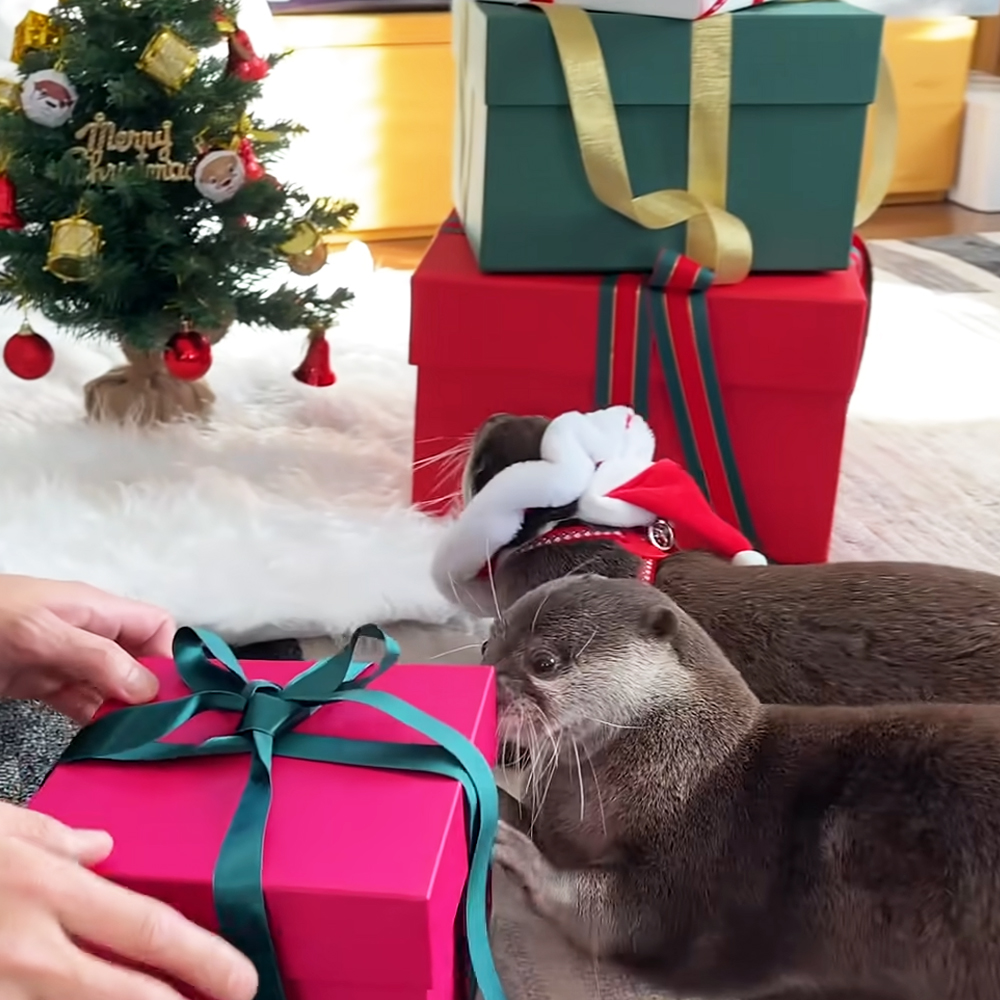 One of their favorite presents had treats inside. Kotaro loved one gift the most because it was an automated toy. It had several holes, and Kotaro had to be quick to catch the thing that popped out of it.

They also got a Mancala board game, a tower with rolling balls, and a small pitching machine that threw balls across the room. Hana’s favorite things were the ribbons from the boxes. 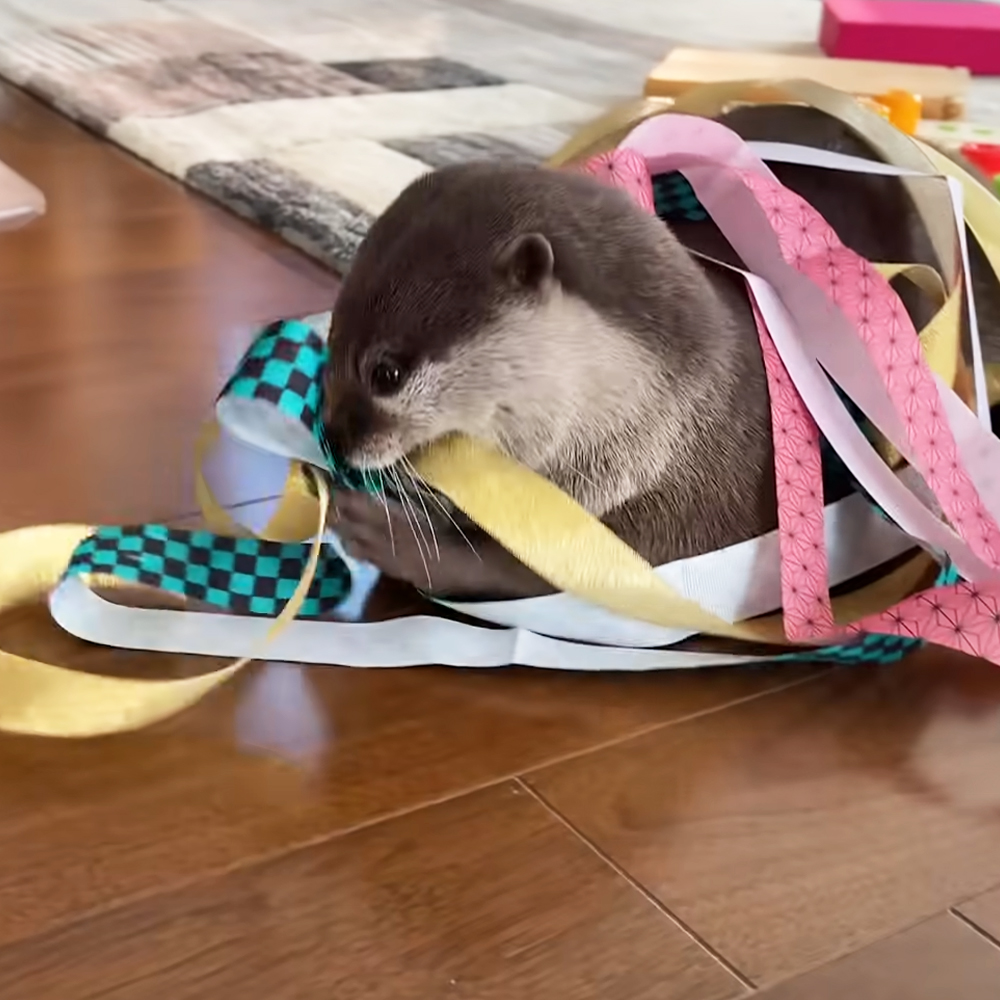 She had several ribbons in her mouth, and she was running around the house with them. After walking in circles, she laid down and played with all of them.

Meanwhile, Kotaro became hungry after all the playing and was eating while looking upon all the presents they would enjoy.