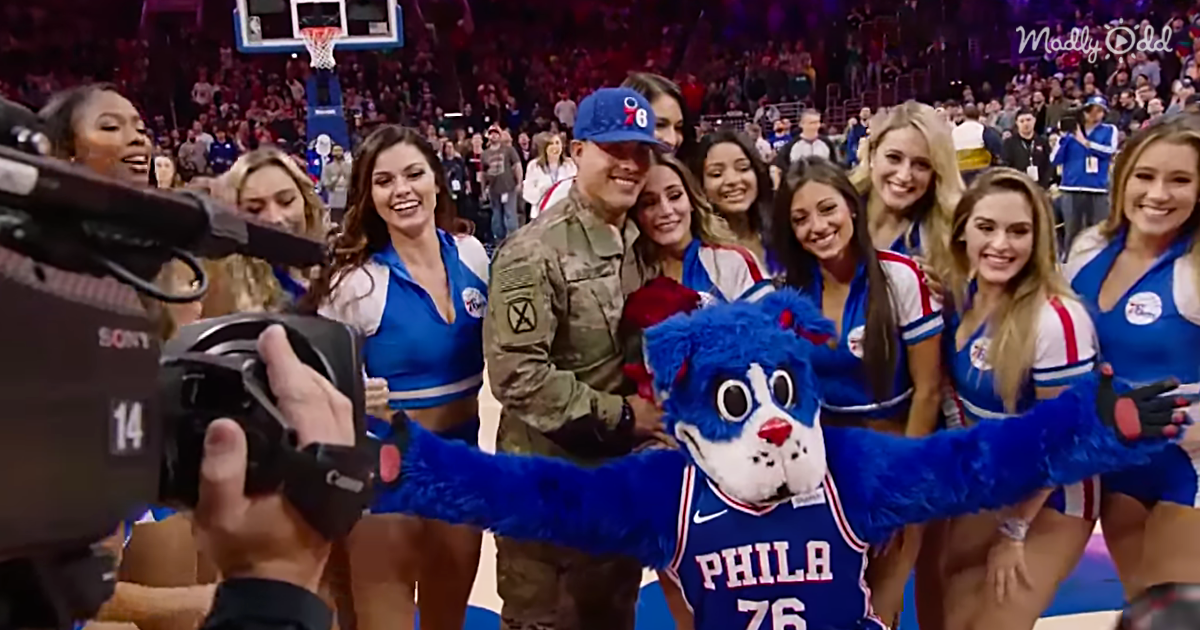 Philadelphia 76ers dancer, Angela, presently in her rookie year, receives a big surprise from her soldier boyfriend on live television. With a bouquet of roses ready, he heads to play out his loving plan. From the sideline, Angela sees his approach with the mascot following beside. The joy shared as she jumps into his arms is a sight to be seen.

Their emotion shared is utterly infectious, leading to big smiles all around from the rest of her crew. Cheerleaders sure do inspire, but they weren’t expecting to be cheered up themselves. After all, seeing a hero return after active service is enough to bring anyone to tears. With an ever-lasting photograph to capture the moment forever, this returning husband and the 76ers pay homage to veterans and active service members everywhere.

The last thing that you’re expecting when hard at work, raising cheer, is to receive such a heartwarming surprise. The thrill of the game could easily be the best distraction that Angela could have hoped for, leading to a blind surprise that she’ll never forget from her army boyfriend. What a beautiful trick. 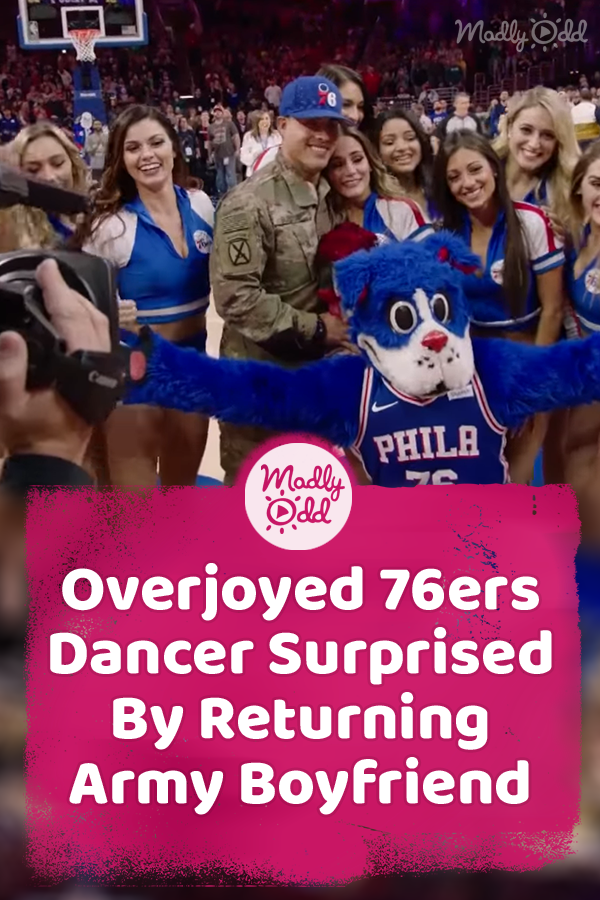