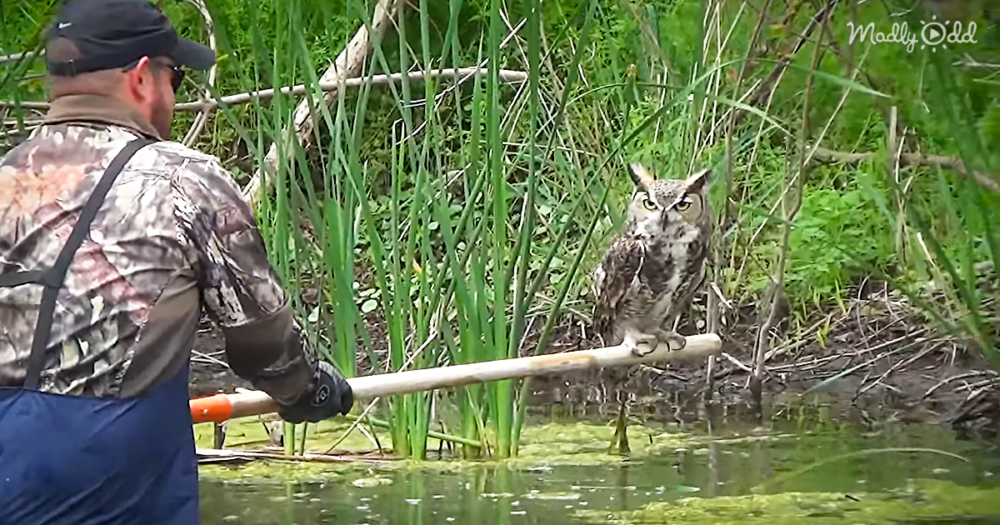 Fishing for a missing ball in the water is something many frustrated golfers have had to do, but this may be the first time someone has gone fishing for an owl! An unfortunate owl became tangled in a fishing line in a water hazard near the first tee box at the Lost Creek Country Club in Austin, Texas. The great horned owl managed to struggle out of the water and climb onto a perch but was unable to free itself.

Twelve full hours went by before anyone realized the bird was in a fix. In the video posted below, you can see Course Superintendent Craig Loving wade right into the situation, determined to untangle the owl and set it free. 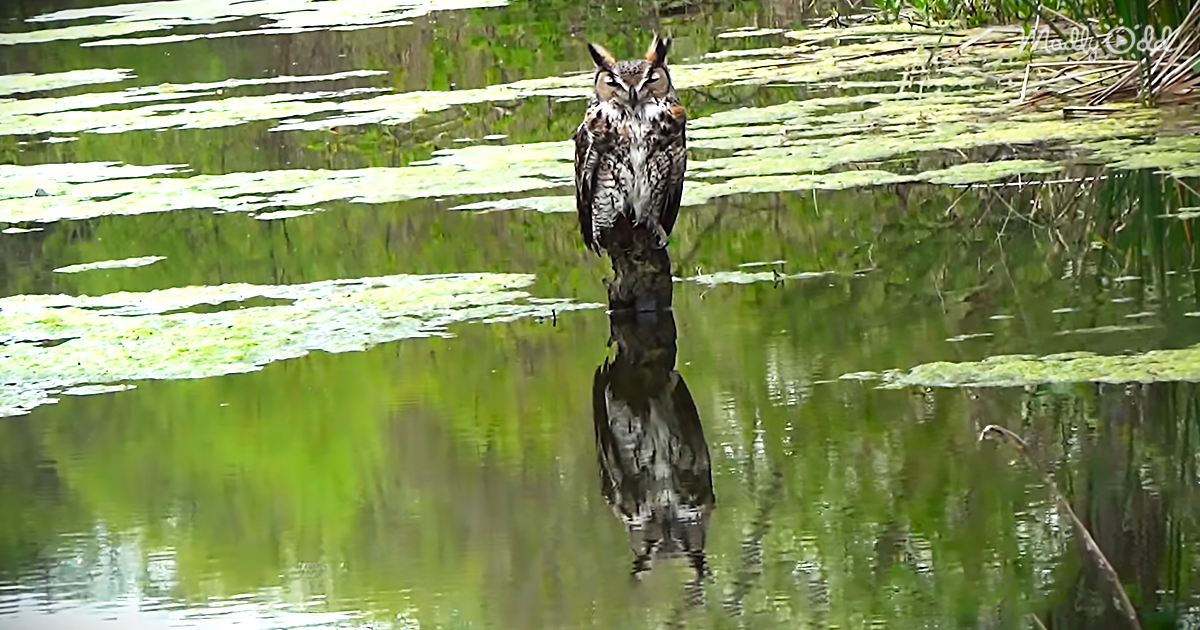 Loving approached the owl slowly, a pair of pliers in hand. He saw that the owl’s wing was completely wrapped in the fishing line. First, he cut the line and then gently unwound it from the bird’s wing. Although now freed from the tangle, the owl was completely exhausted after its twelve-hour ordeal. Loving described it, “He kept slamming his beak down… But I kind of talked to it a little bit. So we got a shovel and took the shovel handle and used it as a perch, then I walked him out of there.”

As you can see in the video, the great horned owl is a magnificent bird of prey, covered in a mottled pattern of brown and white feathers, allowing it to blend in with its wooded surroundings. Its best-known characteristic and the origin for its name are its tufted (and often expressive) ears. The steady gaze from its perfectly round, large yellow and black eyes can only be described as piercing. We can all be glad that Craig Loving was there to untangle this remarkable creature.