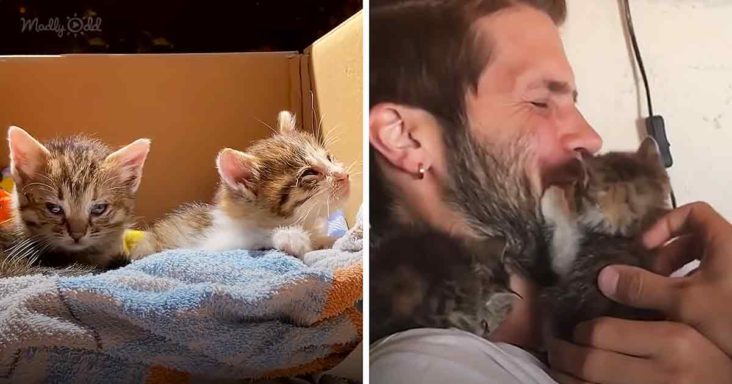 When Caleb rescued Cici & Nunu, the two abandoned kittens, they were soaking wet. Their mom had moved from the location and had left the babies in the rain. So, the rescuer brought them to his home in Sorano, Italy. 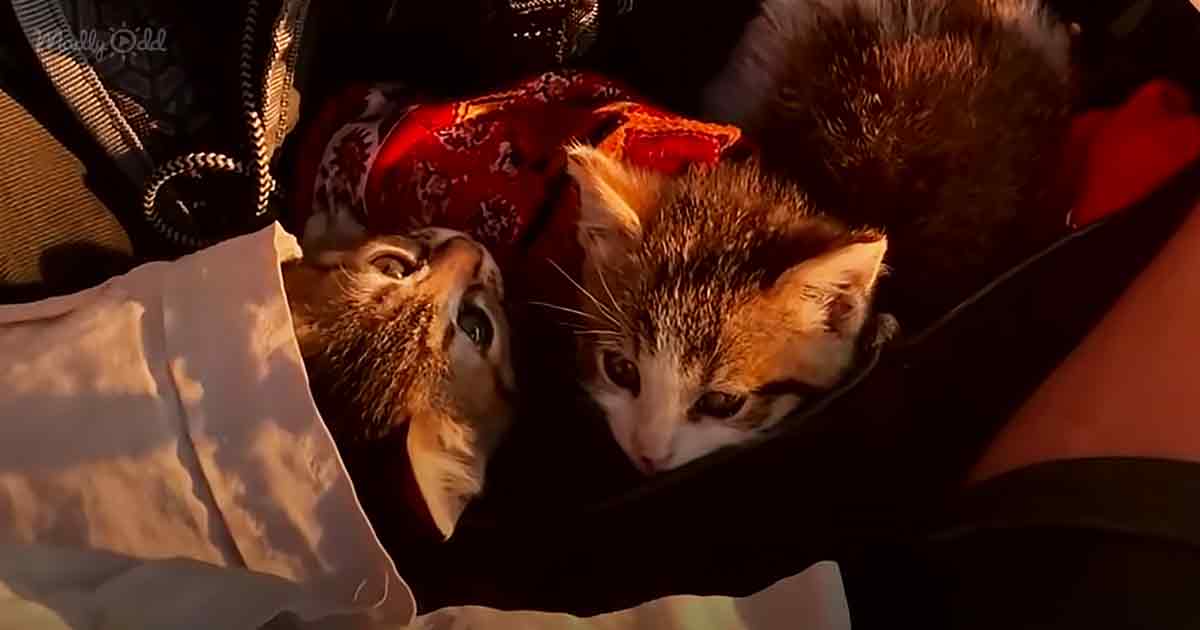 Cici & Nunu slept for quite a long while after they came home and slowly returned to health. Soon, they gained some energy and turned into rambunctious little kittens in the next few days.

The kittens were terrified of Caleb for the first two days, but they considered him their mother after that. After that, the two of them would climb up on Caleb’s shoulder or under his neck. 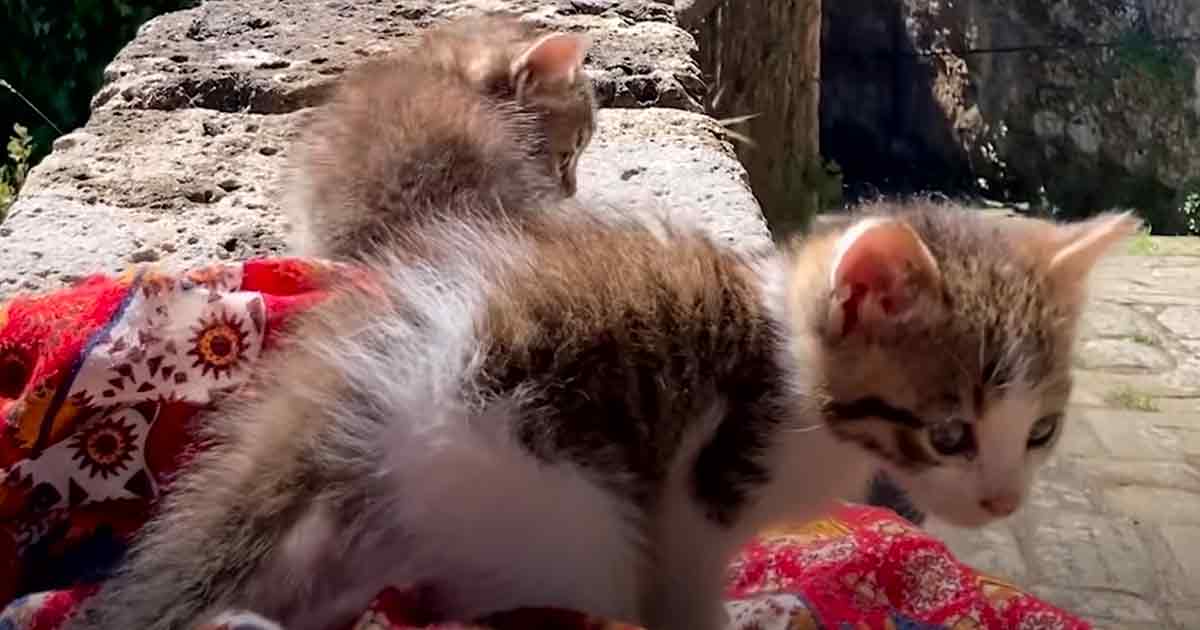 Even Caleb cared and loved them like his own kids. The kittens never left him alone. The rescuer was a professional artist and often painted at different locations. So, the kind man decided to get them out.

He took them to new spots and got them familiar with the town. While he painted, the little kittens would explore the area but never go too far from him. Several people had asked him if he was not scared of them running away. 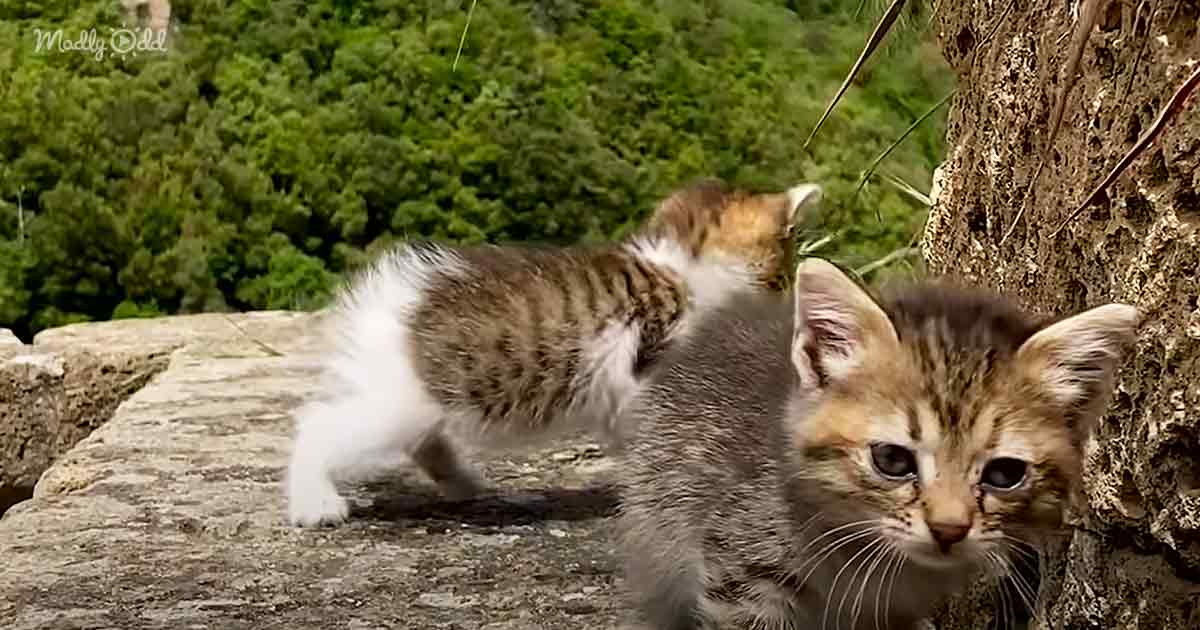 However, the kittens never went more than 2 meters away from Caleb, so he knew they would never leave him. Instead, they usually ended up on his lap while he was painting. The Italian man believed they were like his sidekicks who always followed him.

Caleb loved to walk around with the kittens on his shoulders. Being with kittens helped him look at the world from a different perspective. Sometimes, the rescuer felt he would rather play than paint as they made his life full of fun.