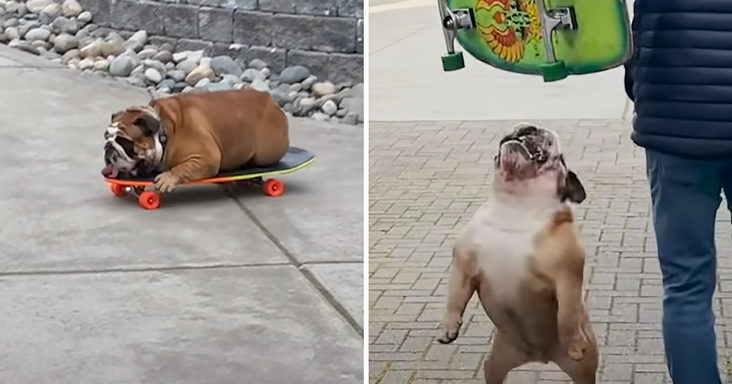 Chowder is a young English bulldog who lives with his mother, Jani Delperdang, and her family. They got Chowder home when he was just 8 weeks old. He was full of energy and loved to play around.

However, Chowder’s mother never thought that her pet could become an expert skateboarder. Delperdang found out about her pet’s skills when she brought Chowder along when they went to the beach.

Among several people at the beach was a boy who had a skimboard with him. Chowder just jumped on the board and started to surf across the water! This was when Delperdang decided to get him a skateboard. 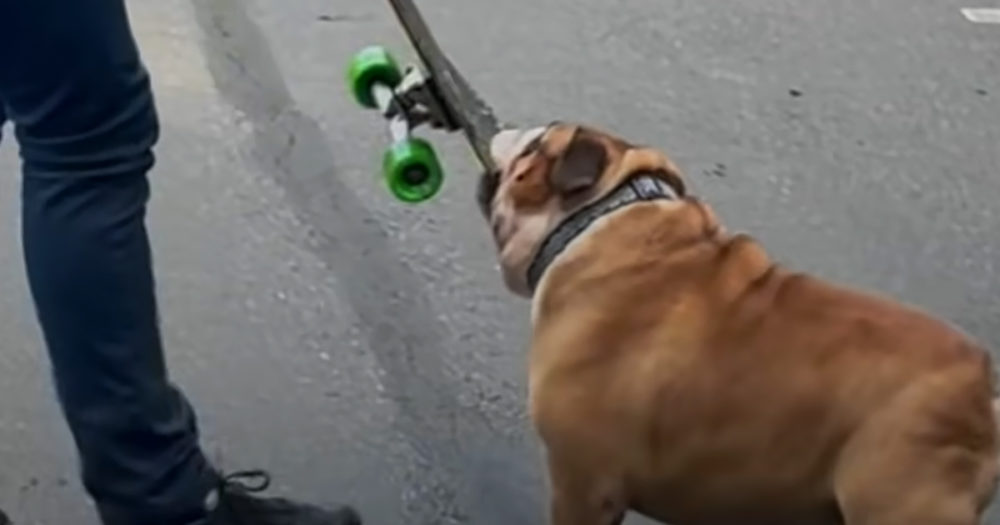 She gets Chowder an old skateboard, and he instantly loves his gift. He was on his stomach and rolled across the driveway. Chowder wanted to learn everything on his own, but the skateboard was a bit small for him.

The whole family helped Chowder learn how to skateboard, and after a year, he skates like a professional. However, Chowder is very possessive about his skateboard and does not want to stop sliding. He gets annoyed when his skateboard is taken away.

He sits in front of his front door and always wants to skateboard. Chowder is always ready to skate and loves to ride like a professional. Chowder’s dedication and persistence won. At last, he has learned a skill that is hard to master. 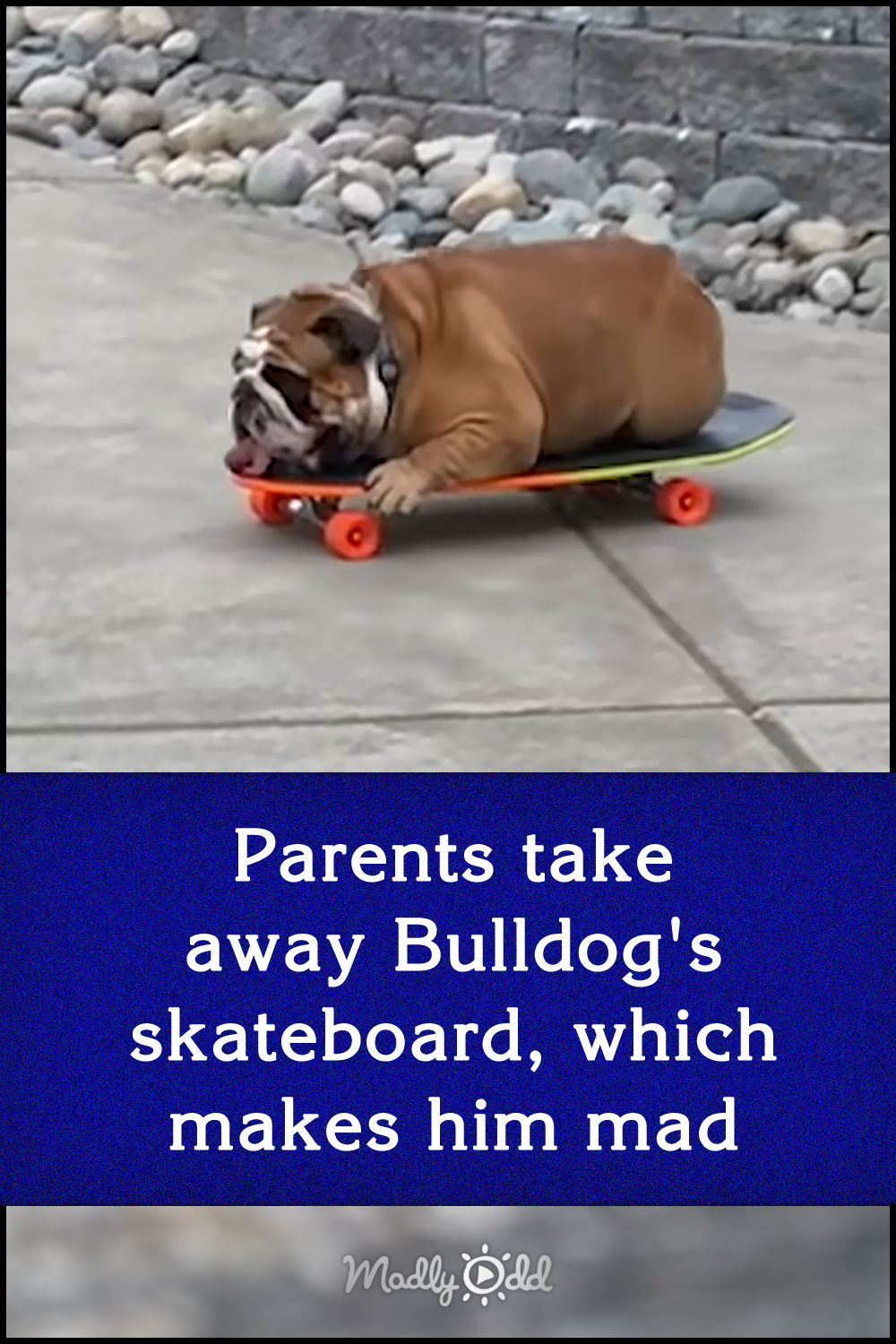