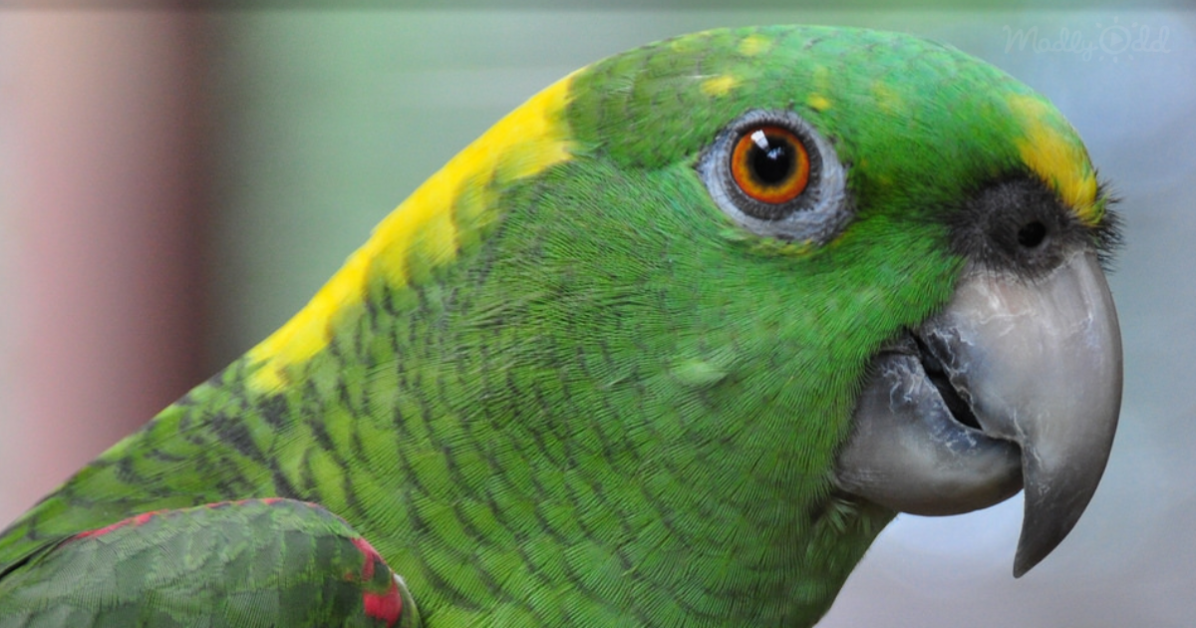 Henry the Amazon Parrot treats viewers to a hilarious performance with his own version of the hit song “Margaritaville”. Look out, Jimmy Buffet. You’ve got some serious competition!

Parrots are known to be great mimics, but this little green fellow really goes the distance and leaves his admirers in stitches. Henry the Amazon Parrot is just chilling on his own birdie playground when he feels the urge to sing the chorus to Jimmy Buffett’s hit song, “Margaritaville”.

In a voice reminiscent of someone’s intoxicated grandfather, he clearly starts singing the famous lyrics. Somewhere along the way he becomes distracted. Perhaps wondering where his lost shaker of salt had got to. But his obliging owner jumps in and prompts him with the words. Henry takes the cue and runs with it, finishing strongly with the last line, “But I know, it’s my own damn fault.”

This hilarious performance has taken the internet by storm and has been enjoyed by over a million viewers. Who knows, Henry may have a singing career ahead of him. Or maybe he could open a bar.

The “Margaritaville” single was released in February 1977 by popular singer-songwriter, Jimmy Buffet. It was off the album “Changes in Latitudes, Changes in Attitudes”. It was named after the popular cocktail and while its lyrics celebrate a relaxed lifestyle in a tropical location, it is, in fact, a love song.

The lyrics tell of a man drowning his sorrows over a lost romance until he finally admits that it was his “own damn fault”. Buffet’s tropical island lifestyle and this famous hit song inspired a Broadway musical. “Margaritaville” is still Jimmy Buffet’s highest charting solo single.

With a strong finish, the bird had viewers in tears as he ended his performance by singing, “But I know, it’s my own damn fault.”

People have been singing Jimmy Buffett’s intoxicating – no pun intended – song since its first release in 1977, and he’s been performing it live ever since, too!