Patsy Cline was a household name in the 50s. Her career slowed after she became pregnant with her daughter, and then she made a huge comeback in 1961 that would make her a massive star.

What really fueled the comeback was a single called “I Fall to Pieces”, and in this clip Patsy Cline gives a live performance of it on The Glenn Reeves Show on February 23, 1963. One week later she passed away due to a famous plane crash.

Patsy Cline’s amazing and powerful vocal was fully displayed here. There is a sense of mystique and treasure in this live performance that lifts it to a whole other level. You absolutely must experience it for yourself.

“I Fall to Pieces” is in the genre of country pop ballad. The lines between country and pop can be very blurred at times. This song was actually Cline’s very first #1 on the Billboard charts.

If you are not that familiar with Patsy Cline, you must check out her other hits. Watch her music video of “Sweet Dreams” on YouTube and you will think that she could have been a movie star as well

Please check her out and then share this clip with your friends and family and let us know what you are thinking in the comments. 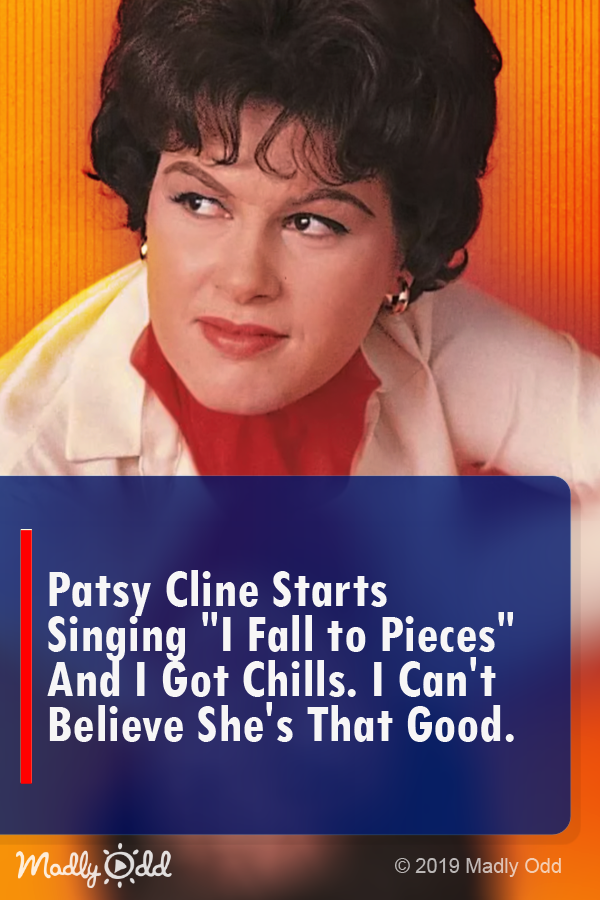