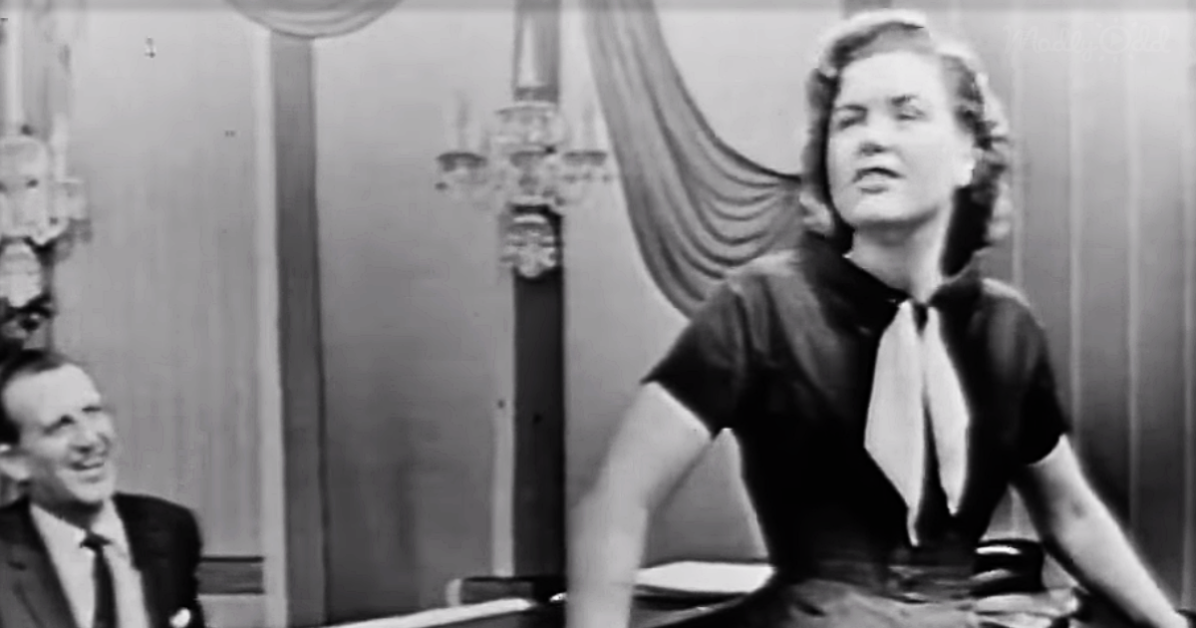 This unique and very rare opportunity for fans of Patsy Cline and music historians alike. “Walkin’ After Midnight is one of America’s greatest hits by one of it’s greatest performers of the time. This footage is a treat as much as it is a rare and priceless gem.

On January 1957, Cline performed the song on an episode of the CBS television program, Arthur Godfrey’s Talent Scouts. It garnered a strong response from viewers and was therefore rush-released as a single February 11, 1957. “Walkin’ After Midnight” became Cline’s first major hit single, reaching No. 2 on the Billboard country music chart and No. 12 on its pop chart.

Although the song was her only hit until 1961, the single version sold over one million copies and is often included on authoritative lists of the all-time greatest songs in country music. It became a crossover hit, charting at #2 Country and #12 Pop, and established Cline as a Country singer capable of mainstream success.

Patsy Cline is a singular voice on the landscape of American music. Her emotion and raw power are inescapable, and her timeless melodies continue to make fans of people from all over the world.

Suffice to say, no singer alive today can hold a candle to Patsy Cline, one of the greatest country artists of all time. That’s a bold statement, but we have proof to back it up: Here she is singing about love, loss, and sorrow as only she can.

Scroll down and leave a comment. Tell us what you thought about this performance.