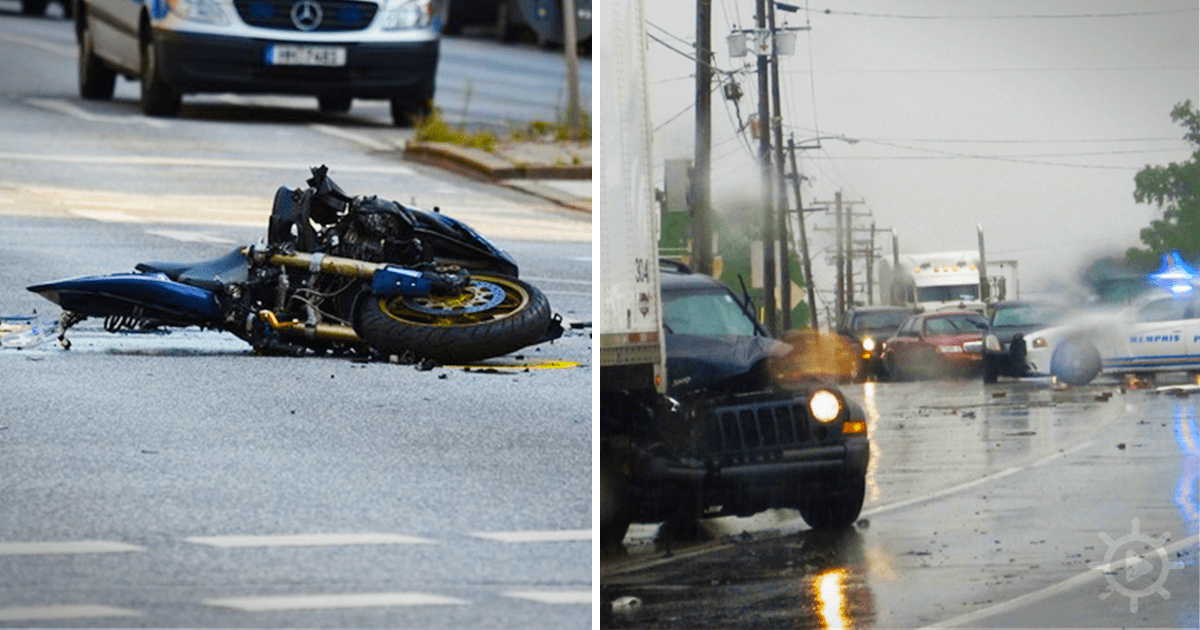 When you’re behind the wheel, your attention should be focused on only one thing: the road. Every moment you spend distracted by something else, you’re potentially putting yourself, your passengers, and people in other vehicles at risk. Cars are rife with more distractions than ever: navigation systems, radios, etc. But the big one is cellphones. Getting mesmerized by that tiny screen is a bad idea if you’re in control of a metal box hurtling down a road.

A story posted on reddit by a user named “boxingdude” is worth remembering. It’s a reminder that the phone can always wait.

It all began when Boxingdude was caught in a downpour while riding his motorcycle. He was on an exit ramp when an SUV suddenly switched lanes in front of him — the driver was yakking on her cell phone, oblivious to the motorcycle behind her. Boxingdude had to go into a more-or-less controlled skid to avoid a potentially fatal collision. He actually shot by her before stopping. Moments later, while he struggled to wrestle his big Harley upright, he saw the flashing blue lights. The state trooper asked if he was okay and told him to stay put before flooring it and going after the SUV.

The trooper ordered the SUV driver to stay put and then spun around and went back to boxingdude to help him with his motorcycle. He also reached into the trunk and gave the biker some rain gear. The trooper returned to the woman in the SUV and treated her to a real chewing out while she stood there in the soaking rain plus a $300 fine and 4 points. For good measure, he insisted that she apologize to the motorcyclist she’d nearly killed. The trooper told Boxingdude to keep the rain gear — as it happens, he was a motorcycle cop on days when it wasn’t raining! “My appreciation for the cops went waaaaay up that day.”