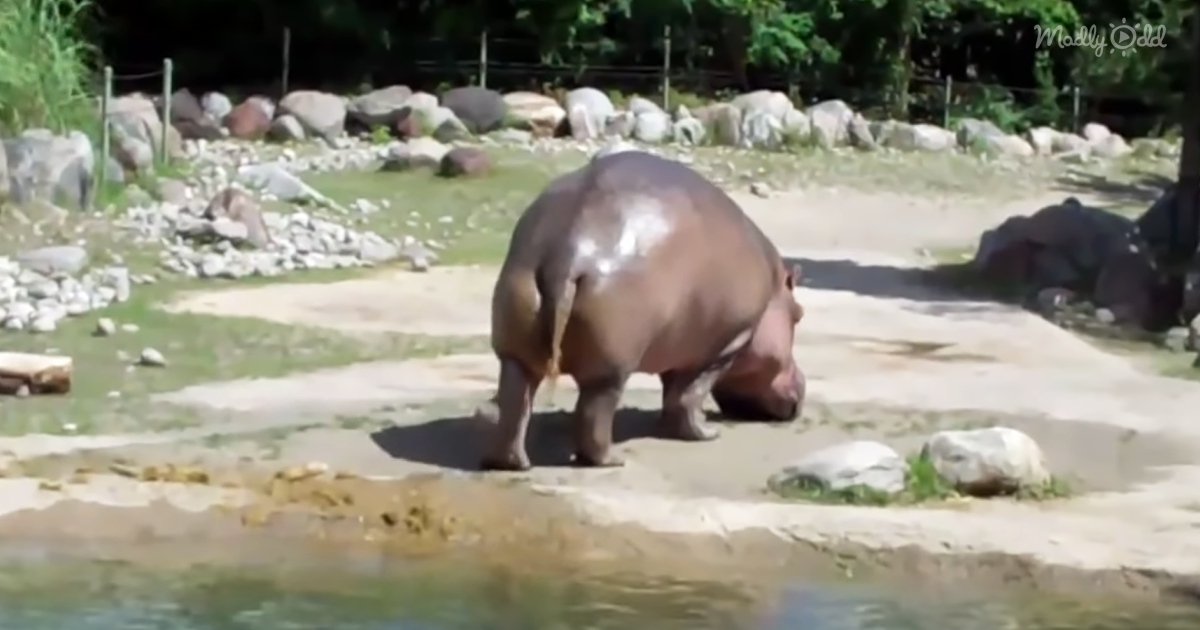 Something that people of all ages tend to laugh at is people farting. While some may find it rude and disgusting, others find it comical. When zoo attendees are watching a massive hippo come out of the water, he lets one rip right in front of everyone.

If you think it’s funny when humans fart, just wait until you see this hippo put on a show. As he’s slowly getting out of the water, the hippo’s tail begins to wag side-to-side very quickly. Before anyone could see what was going on, the hilarious fart noises began.

Hippopotamus farts are incredibly loud and a bit different than a human toot. As this hippo begins to let it go, poop flies all over the place. We know, it’s gross, but it’s also quite comical at the same time.

Once the hippopotamus was finished, you can hear one zoo-goer ask what that strange sound was. Harry, the hippo, just had to go, and an audience was there to witness it. While farts are entirely natural, that doesn’t stop them from making us laugh. 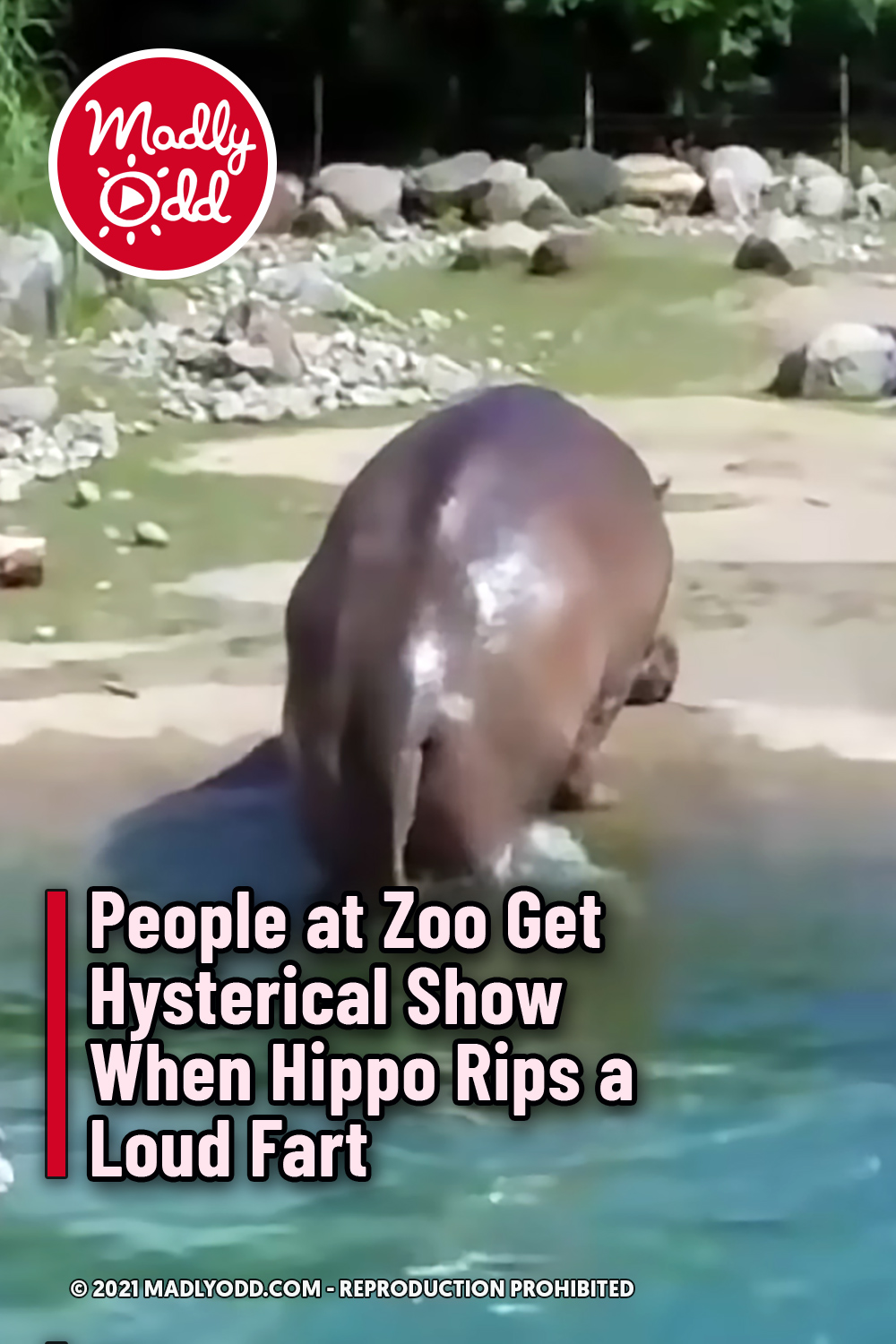