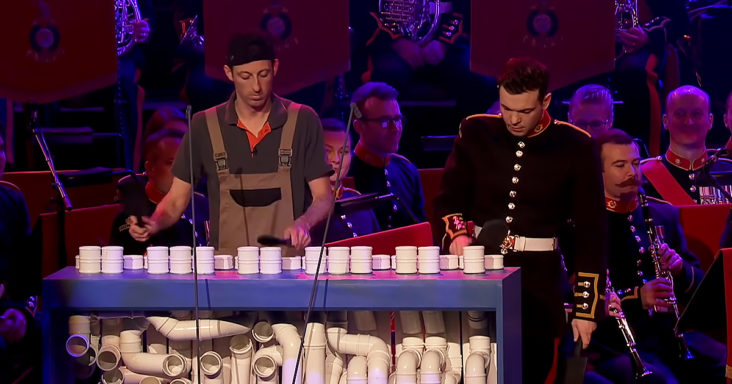 A video of a live performance of the Royal Marines Band Service is entertaining viewers worldwide. A perfect blend of comedy, creativity, and musical talent is luring millions of viewers.

This performance was part of the Mountbatten Festival of Music and recorded in London’s Royal Albert Hall. The video focuses on a percussion player that gets distracted during his performance.

A neatly uniformed marine is playing the xylophone when he gets interrupted by an unexpected noise. The distracting sound is not from a cellphone or audience members but a leaking pipe. 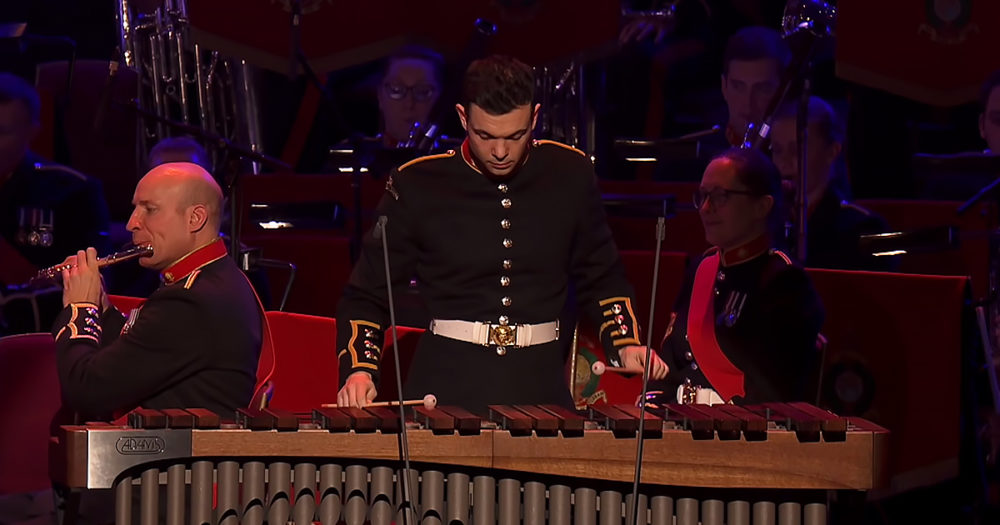 Soon the viewers realize that it is all part of the performance. The percussion player steps away from his xylophone to call a plumber to come and fix the leaking pipe that is distracting him.

The plumber shows up soon, and he seems to be quite a quirky character. The percussionist returns to play his instrument while the plumber is trying to solve the problem. That is when the plumber decides to join in.

He reveals a contraption made of plastic plumbing pipes and starts hammering on them. Together, the xylophone player and the plumber makes beautiful music, with the symphonic orchestra assisting in the background.

Linda Sueneke, a big fan of the Royal Marines Band Service, commented: ‘This made me laugh so much, and I have added it to my HM Royal Marines Playlist.’ Linda is not the only person that loves the video, as it has attracted over 3 million viewers to date.