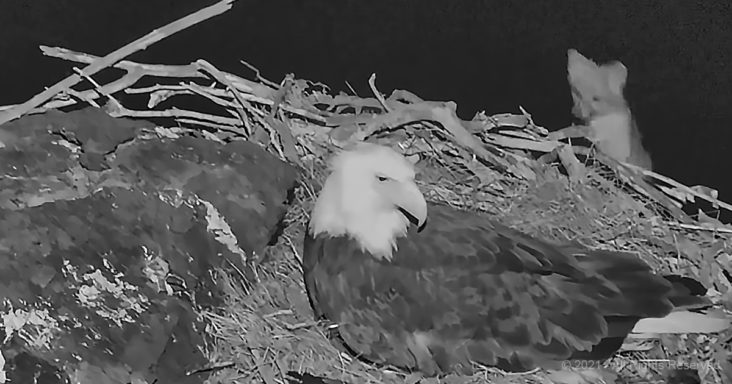 Fox forgets that the bald eagle is an alpha predator and creeps up to a nest to steal eggs.

We watch intently as a bald eagle rests in its nest at night. A wing tag is visible, placed on the eagle for ‘scientific purposes’ by EXPLORE.org on Catalina Island in California, USA.

From the dark cover of the night, a fox emerges behind the eagle. It stealthily makes its way to the nest, hoping to steal the eagle’s eggs. 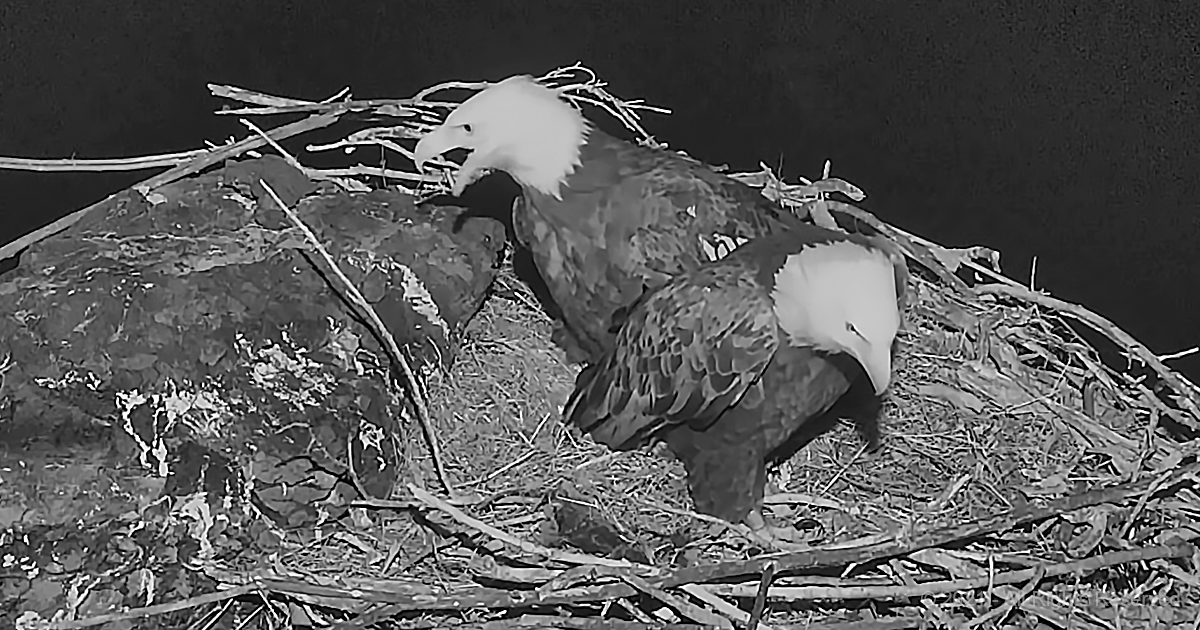 But, this eagle is not to be messed with. It jumps up and threatens the fox. The fox —patient in its resolve, reiterates the same maneuvers multiple times.

After a while, the bald eagle has had enough. It raises its beak to the sky and signals its mate with a screeching call.

The fox carries on with its hesitant attempts. The apex predator keeps it at bay. After a while, the eagle’s mate comes flying into the nest.

Bald eagles mate for life. As soon the second eagle lands, the first one calms down. The fox goes it’s way. 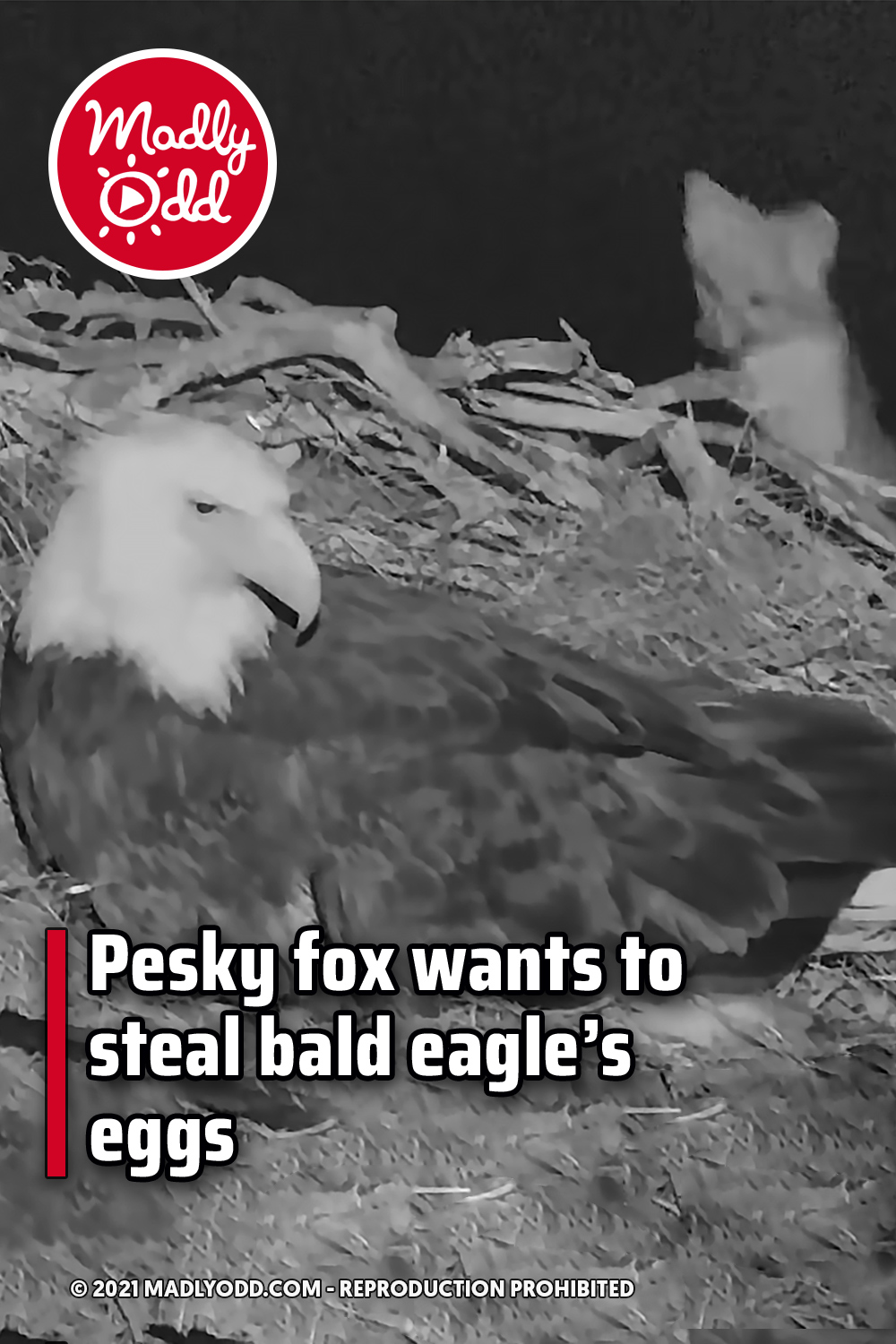