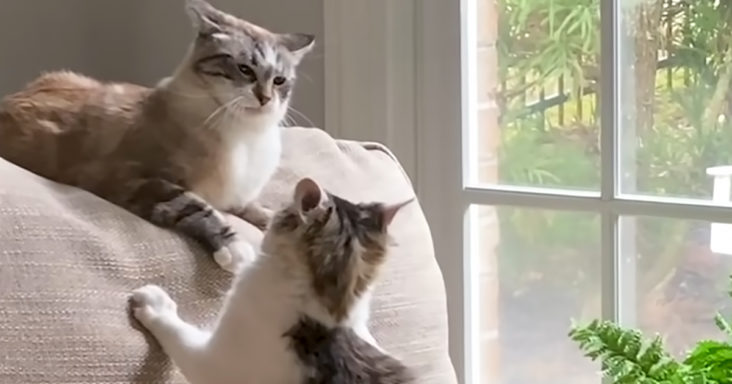 Jamie and David had recently visited McDonald’s. They found a stray cat sitting nearby when they parked their car in the open parking lot outside the restaurant. The cat looked very skinny and hungry. 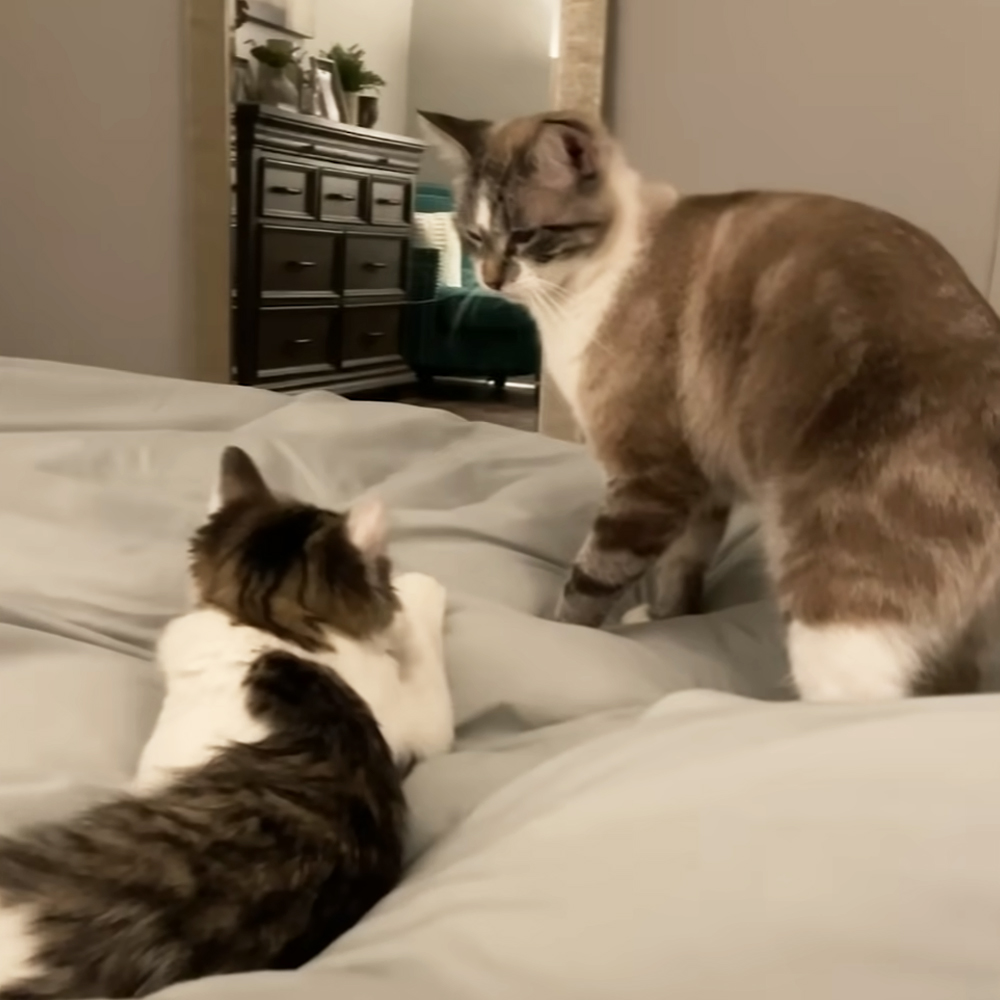 So, the couple wanted to bring him home, but the cat was super scared. David tried to get friendly with him, but it did not work the way the couple had thought it would. They were there for about two hours, after which the cat took off.

So, they came by the next day to ensure that the cat was alright. They wanted to rescue him and named the cat Donald, even before bringing him home. This time David had come prepared and even got a cage with him. 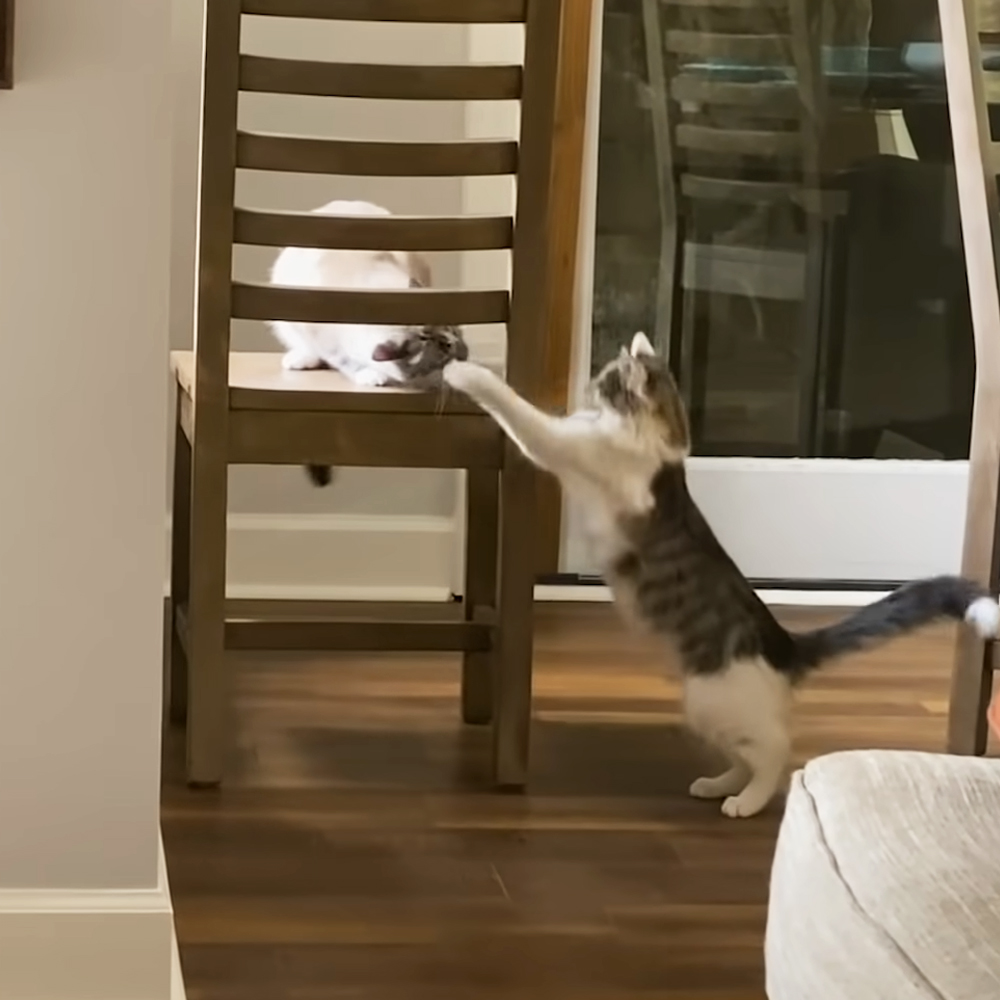 He then patiently waited for Donald to get inside the cage. The stray cat was a bit scared at first to enter the coop, but he went inside without even thinking twice when Jamie put a nugget inside it.

After taking him home, the couple gradually came closer to the stray cat each passing day. Donald soon allowed David to pet him. However, the main concern for the parents was their pet cat, Jimmy. 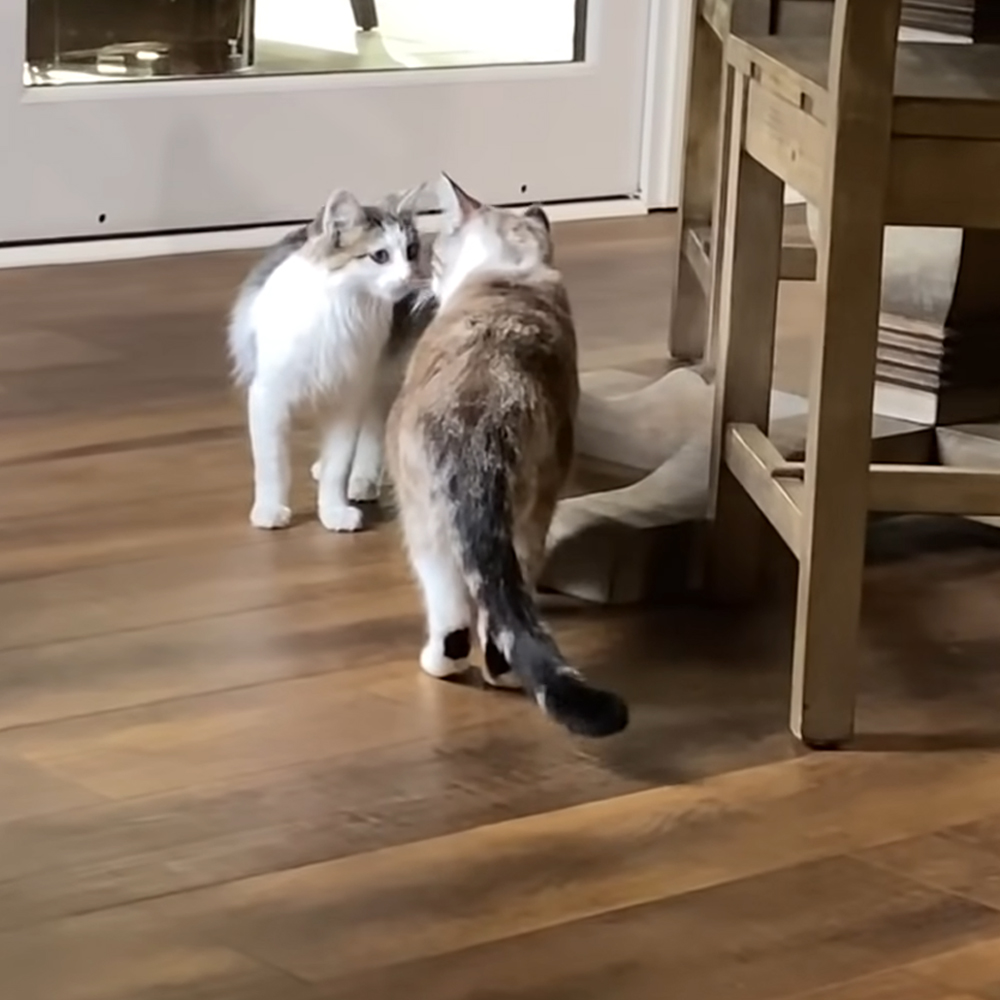 Jimmy was mad at his parents for bringing him a brother. He was so furious about them getting Donald that he had scratched their wedding picture. Jimmy was always on high alert whenever Donald was close. He hissed and acted crazy whenever Donald tried to come close to him.

But one day, they started to sniff at each other and began to play on the chairs. This was precisely what the parents wanted to see. They loved each other from that moment onwards and could not be separated.