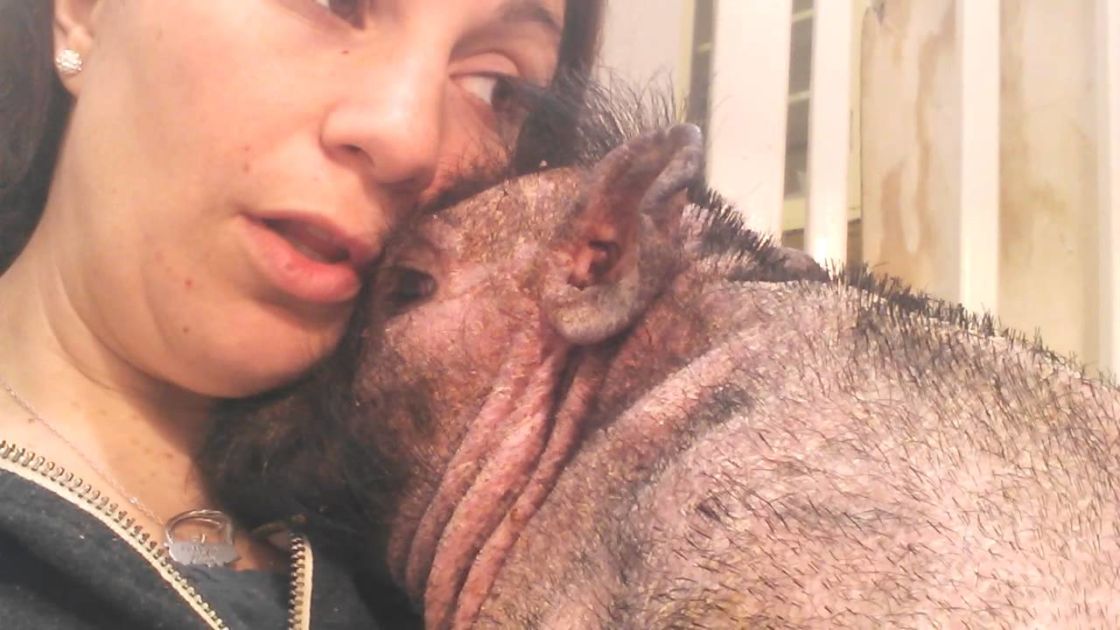 When Corrine DiLorenzo’s pet pig, Bentley, became terribly sick, she quickly brought him to the hospital for treatment. And although it’s already extremely difficult to watch someone you love, including your pet, get sick, when the diagnosis is more horrific than you had ever expected, you can feel heartbroken.

With just a 10% chance of survival, it was a miracle that Bentley was able to beat the odds and survive. But the horrible experience wasn’t yet over. He was able to fight off meningitis, but the virus had left this baby pig blind. 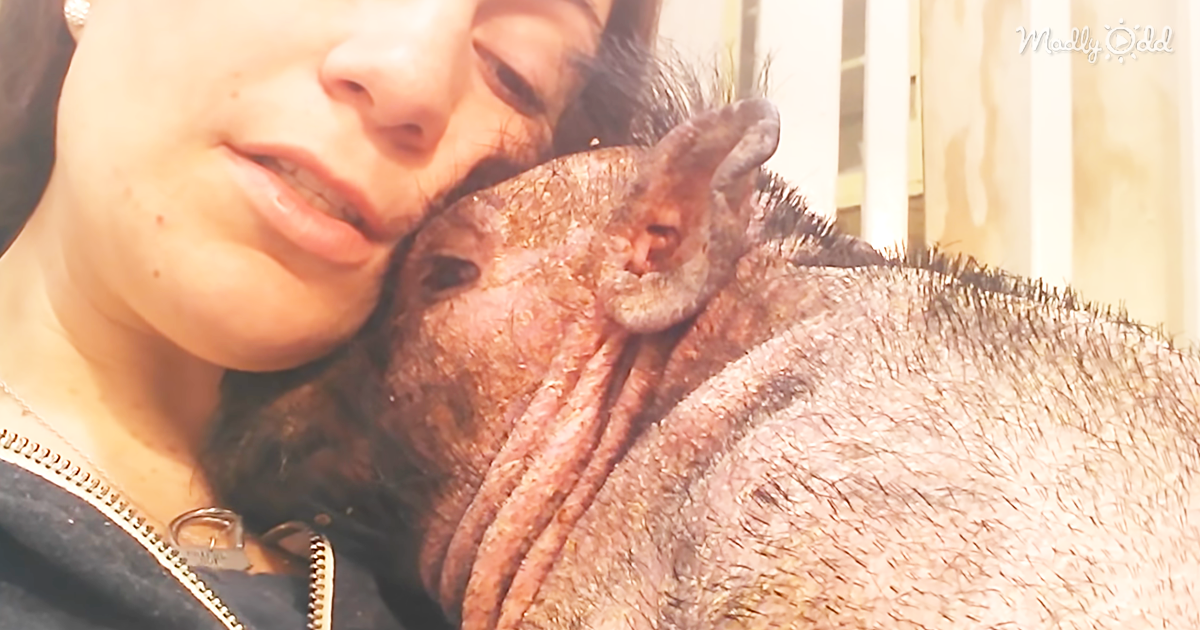 The newly blind pig was scheduled for surgery, but the loud hospital noises were extremely frightening for the little guy. Fortunately, Corrine refused to give up on her pet and sang him songs while they waited for his operation. Only the sound of her voice was able to help the little pot-bellied pig get through the terror.

When the video of Corrine’s lullaby for Bentley went viral, a YouCaring site helped raise nearly $22,000 to help pay for Bentley’s hospital costs. Corrine was humbled by the generosity of the people who gave and shares that Bentley taught her never to give up no matter how slim the odds. 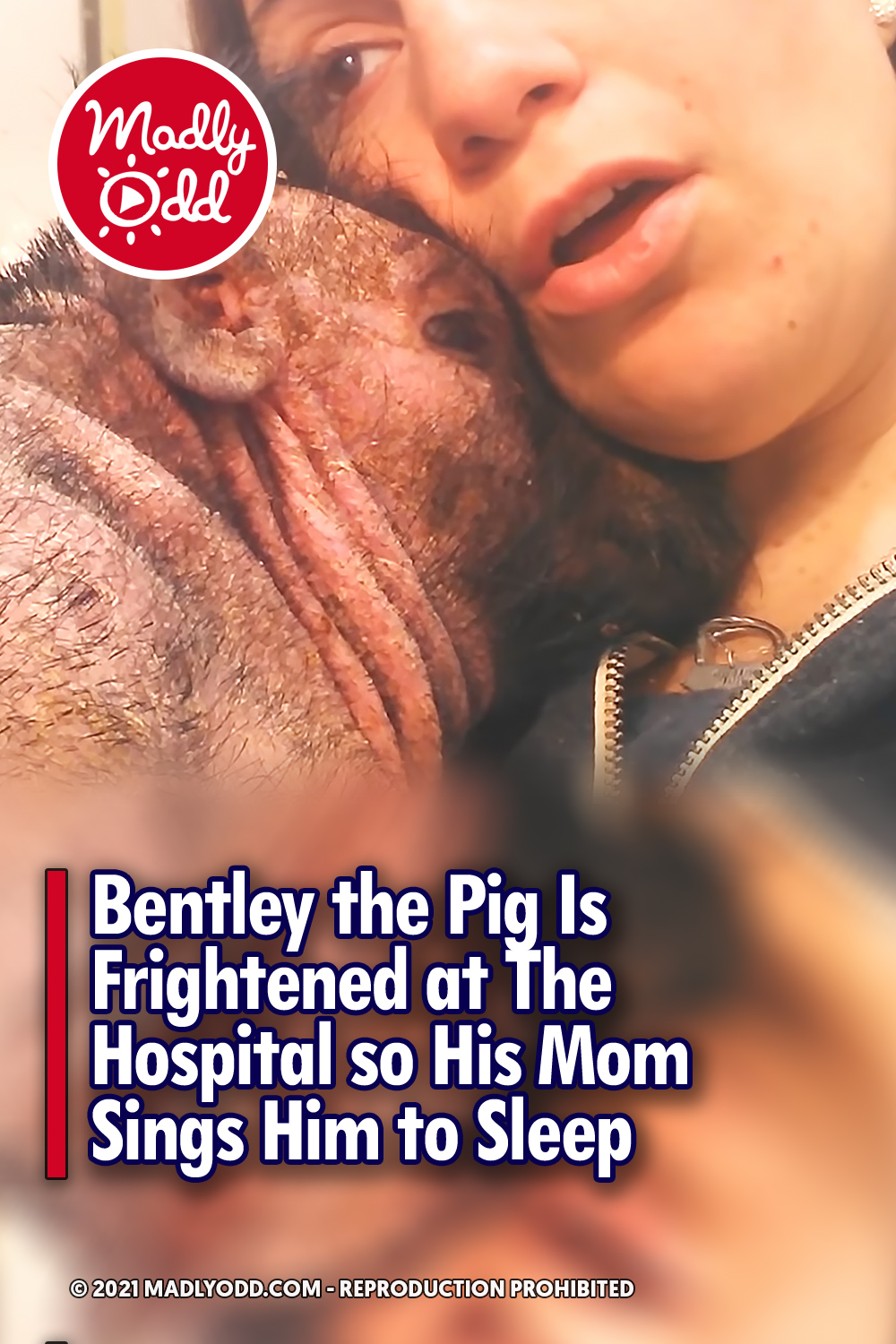