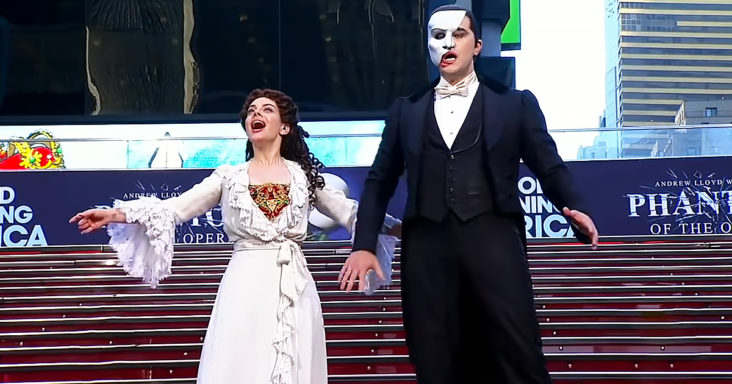 A video of a broadway performance with a twist is entertaining audiences worldwide. In this video, we don’t see the actors performing on stage in a concert hall, but in Times Square, in the middle of the day.

Phantom of the Opera is famous for being the longest-running show in Broadway history. The show made debuted on Broadway in 1988 and has been running ever since.

Apart from being the longest-running show, it is also the highest-grossing show in Broadway history. Over the decades, the show grossed $675 million after almost 14,000 performances. 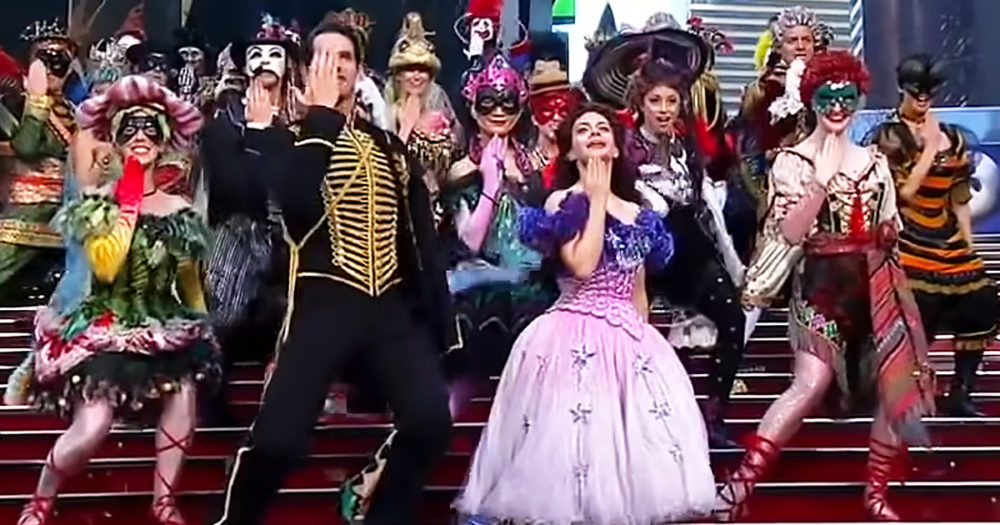 In this video, ‘Good Morning America’ went to Times Square to see the cast of this popular show perform some of the globally famous songs from Phantom of the Opera.

The actors are all in full costume and stage makeup, and it is as if they were teleported directly off the stage into Times Square. The scenery changed, but this did not affect their singing and acting at all.

One excited fan commented online after seeing the video: ‘I approve of the leads, especially Christine. It is incredibly tough to sing outside while walking around, and she makes those high notes seem like nothing.’

In this video, the actors perform a medley of “The Phantom of the Opera” and “Masquerade” with exuberance. And the audience that had gathered to watch loved every second of it.