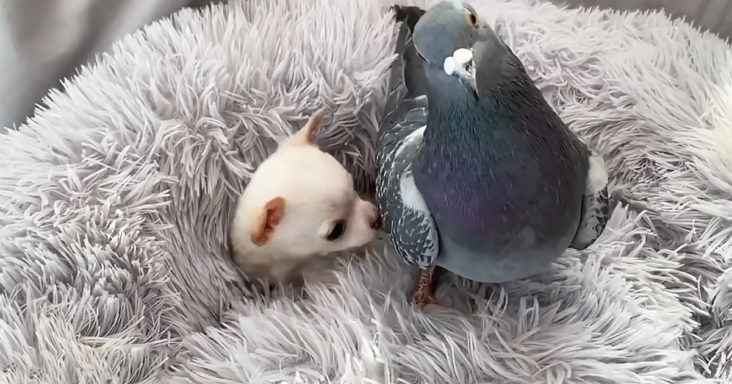 A pigeon named Herman lost the ability to fly and was stuck in a parking lot. A kindhearted woman decided to take him in since nobody else would. 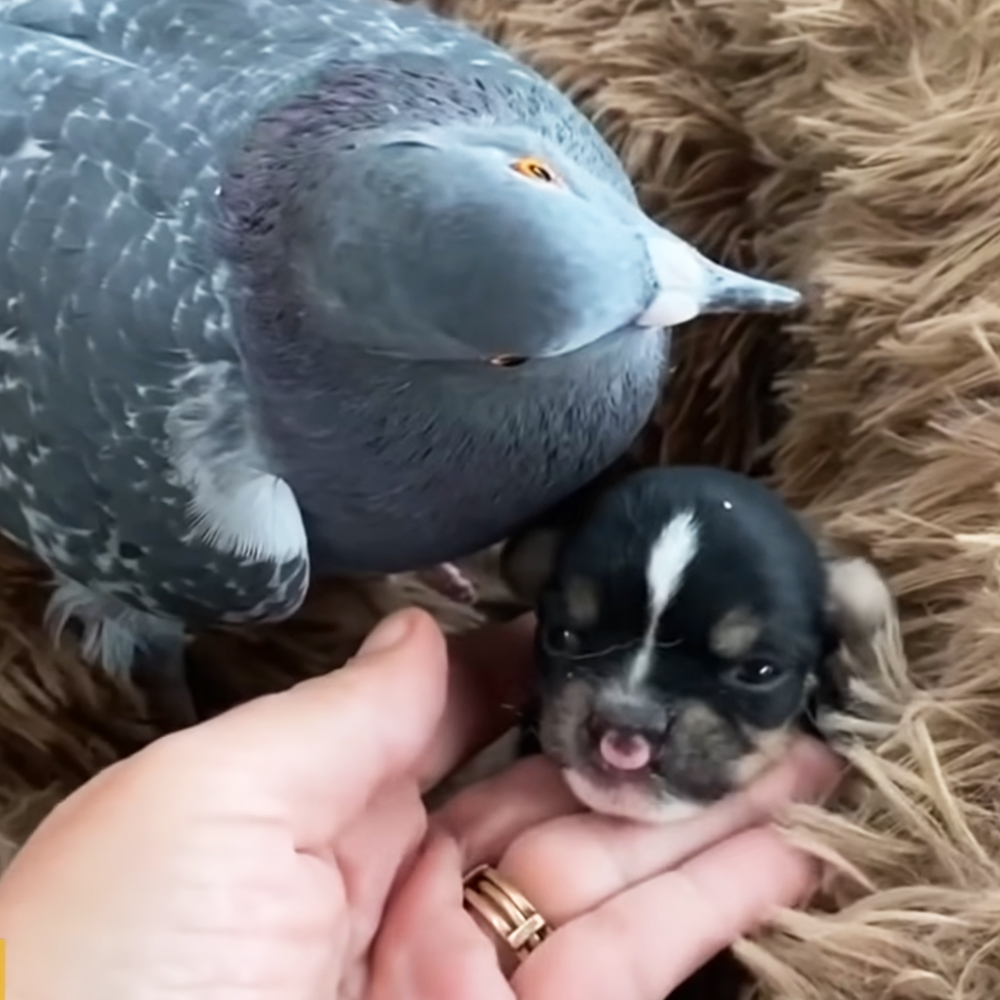 Thanks to this woman, Herman’s luck changed drastically. When someone noticed that he hadn’t moved in days, they decided he needed to be taken in for a second chance at life.

Potentially suffering from a bird virus known as PMV, Herman lost his ability to fly and never returned it. He also developed an unusual head tilt from this infection. 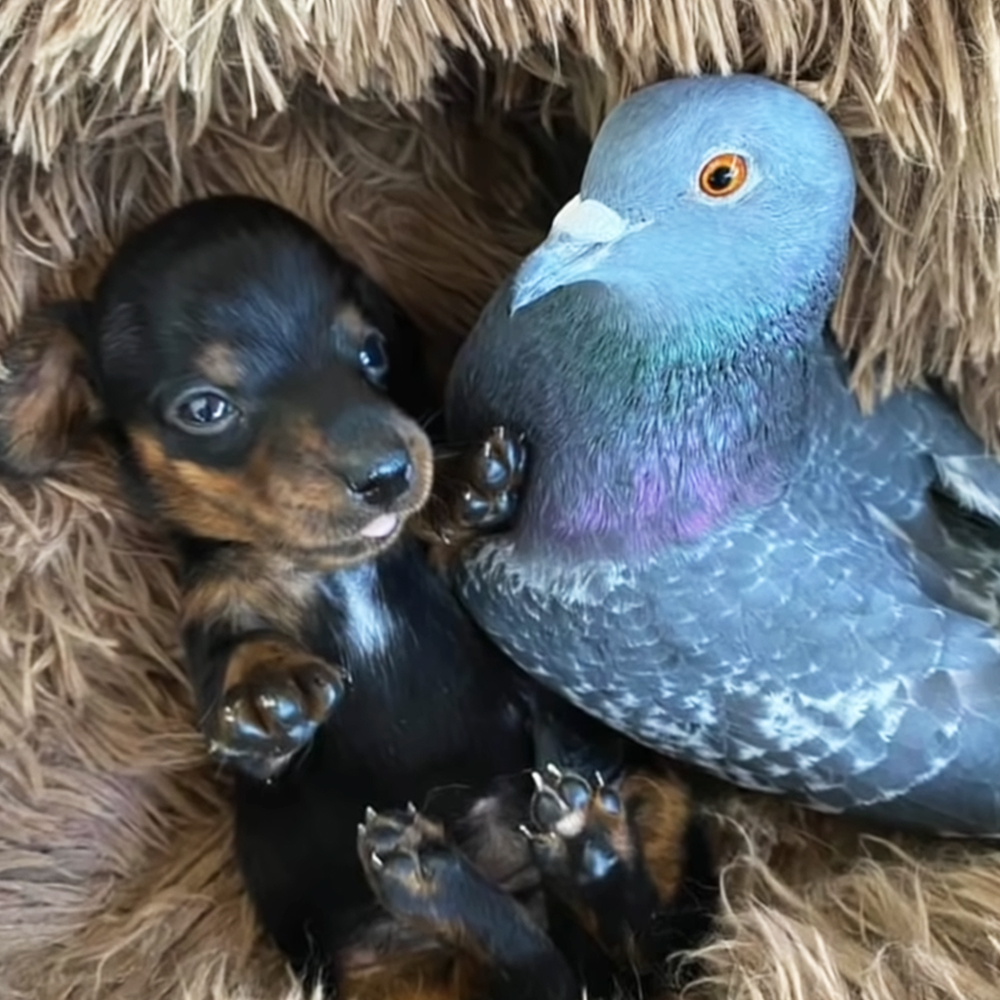 Learning tricks like “rollover,” Herman had begun to sort of act like a dog, and he was also surrounded by other dogs. This pigeon has become best friends with some of his dog companions in an unusual twist.

Sharing a bed with a smaller dog, Herman truly lives a unique life that most pigeons could never imagine. Herman particularly likes newborn puppies, snuggling, and caring for them. 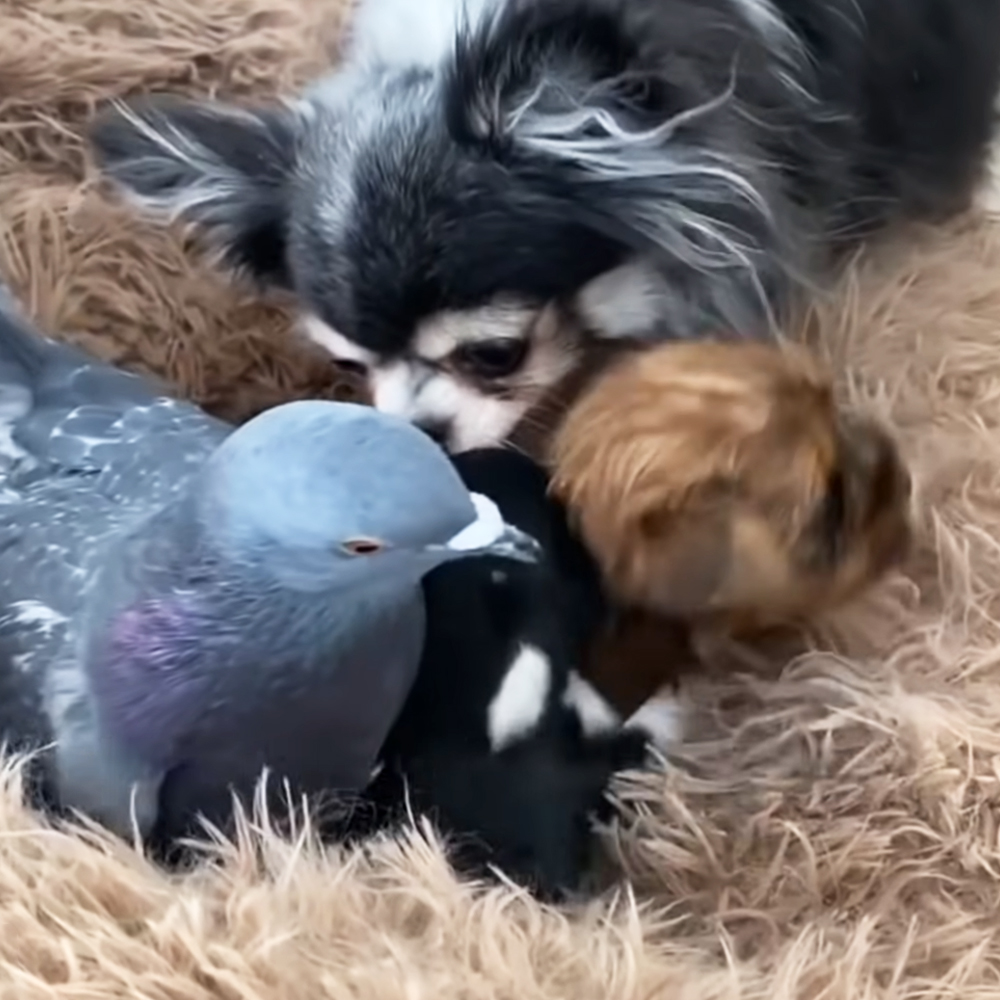 Herman is genuinely an excellent helper at the Mia Foundation, an animal rescue facility that helps dogs get adopted. He takes his job very seriously, caring for the puppies and keeping them entertained.

Without the ability to fly, perhaps Herman thinks he’s one of the dogs. Playing in the yard and wanting to cuddle, he exhibits more dog-like behaviors than pigeon behaviors.