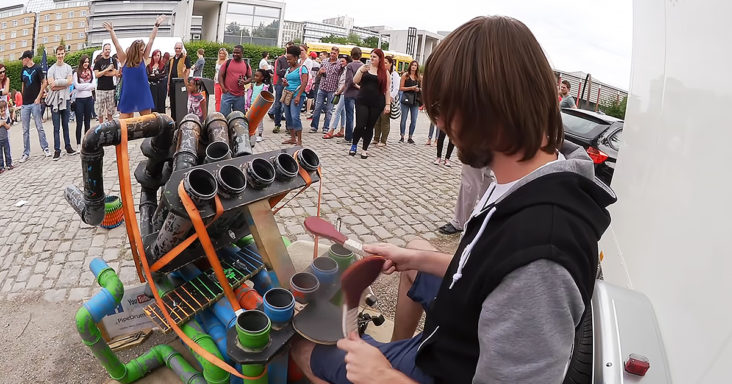 An awesome pipe drummer got nearly 100 million views for an impromptu street performance of a techno beat. The crowd that gathers to watch is fascinated by his setup and his ability to play something that sounds so obviously electronic.

Pipe drums produce sounds that make you know and feel the electronic configuration of those pipes. Each pipe is well understood to create unique sounds, and the sounds are not very sharp, though.

Pipe drums produce sounds in the forms of vibration and it sounds like deep thudding mostly. The sounds are unique to pipe drums alone hence the uniqueness compared to traditional drum kits. 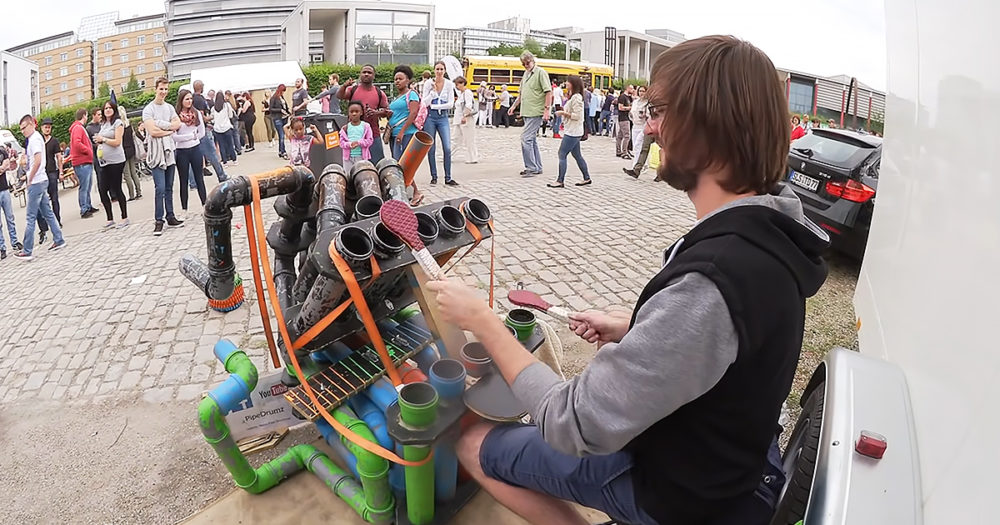 The sounds of pipe drums are profound compared to traditional drum kits that produce a very sharp sound and are easy to pick up. It is not a downgrade on the pipe drums either but just a highlight of their differences. Learning to play pipe drums can be a bit tricky since it isn’t that famous worldwide.

Take a look at this incredible young pipe drummer playing electronic music unplugged live at the street food festival Saarbruecken. He as well played at the magnetic festival voelklingen and sometimes on every street in that town!

The three minutes fifty-seven video clip is viral, and you can easily find it online on YouTube. It starts with the pupe drummer playing his neon pipe drums on a random street. The passers-by were uninterested at first, but as he continued playing, they couldn’t resist the melody of his pipe drumming for long.

The highlight of the clip was a young girl and a woman dancing to the drumming. They both cast off their inhibitions and let loose as the drummer pounded away at his pipe kit. All in all, it was a very wholesome moment caught on camera.