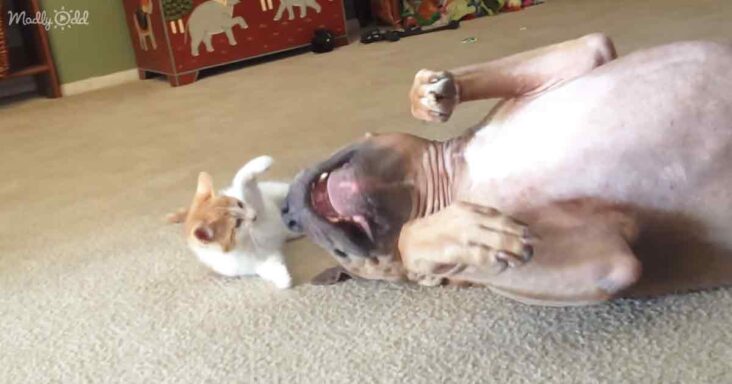 If we had to choose any animal that is the most consistently unaware of its relative size, it would have to be cats. This adorably “ferocious” video shows precisely why that is. 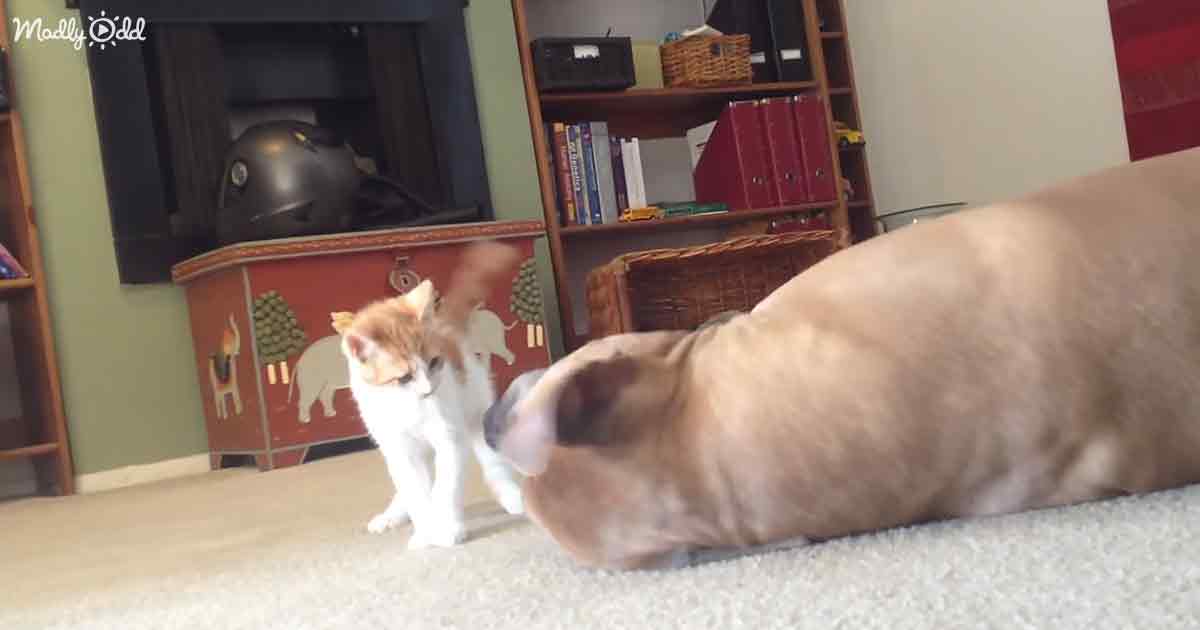 For most fur parents, having your adult Pitbull playing with your kitten might set off warning alarms. But if anyone needed protection in this roughhousing session, it was the dog.

Even though the dog’s head was the size of the kitten’s entire body, the dog did not use his strength and size against his tiny opponent. Instead, he made himself as small a target as possible, shrinking himself to the kitten’s level. 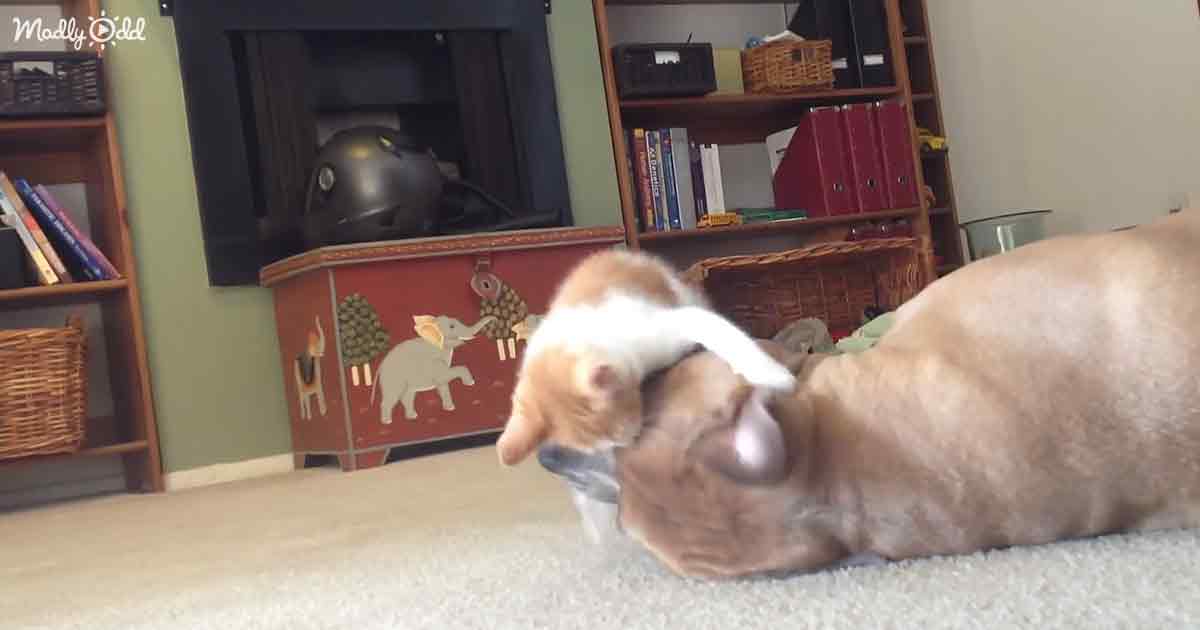 From the start of the video, the kitten was determined to show her canine combatant that she meant business. The ginger and white cat pounced and leaped on the Pitbull with everything she had.

Despite the ferocity of the kitten’s attacks, neither of the animals was in any danger. The Pitbull rolled around on the floor while the kitten jumped in and out of the fray. 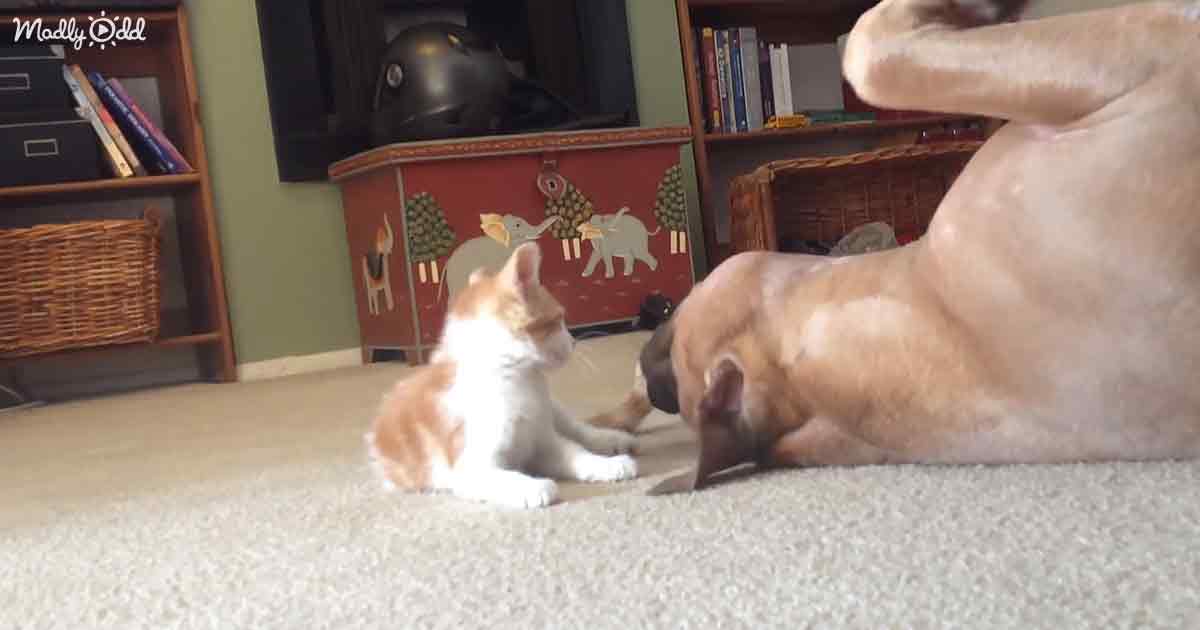 The Pitbull was the definition of a gentle giant. The most aggressive behavior he displayed during the entire time that they played was opening his mouth and breathing on the kitten.

We cannot wait to see what adorable antics this cat and dog duo gets into in the future. For now, this heartwarming playfight put big smiles on our faces, and we are certain it will do the same for you. 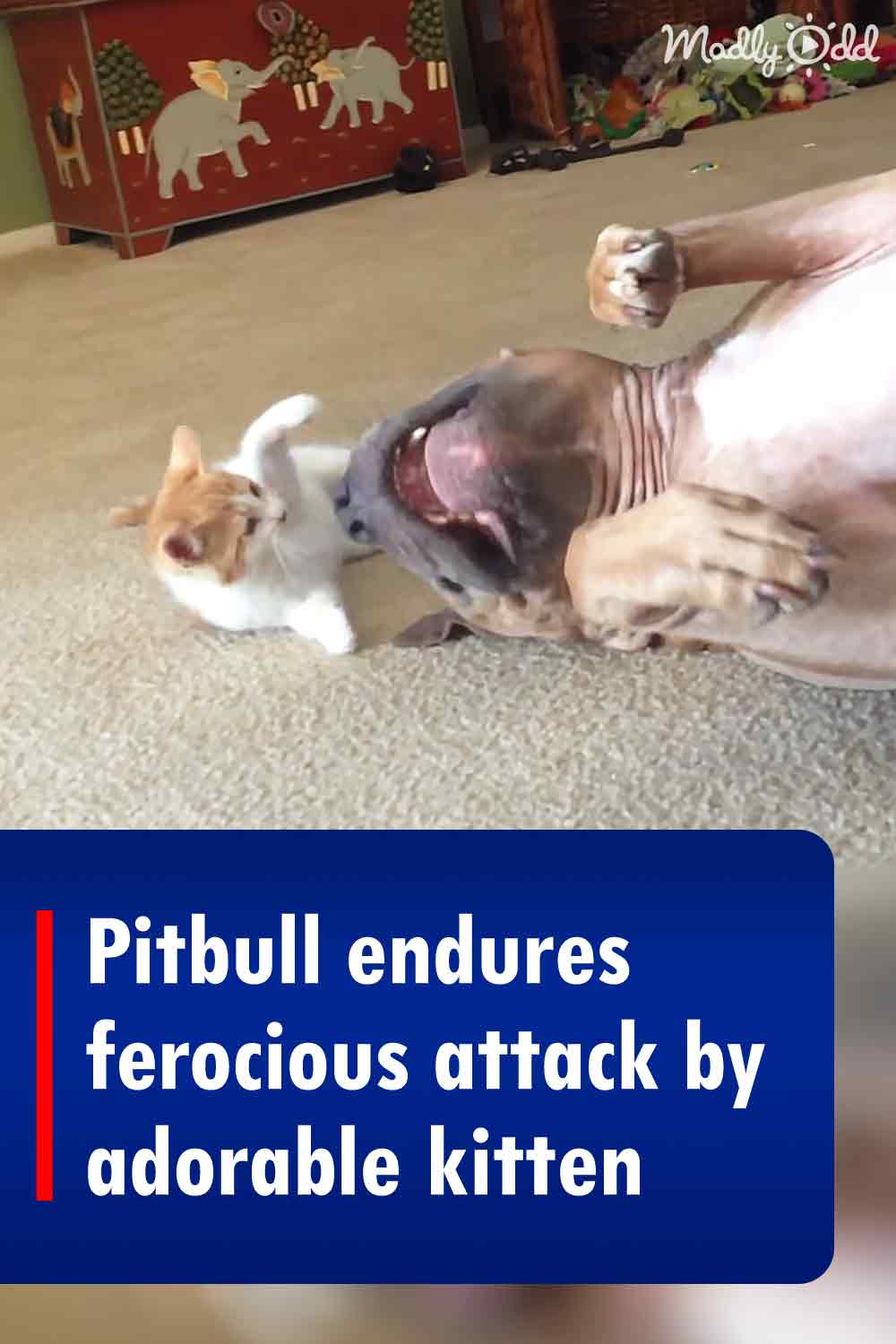