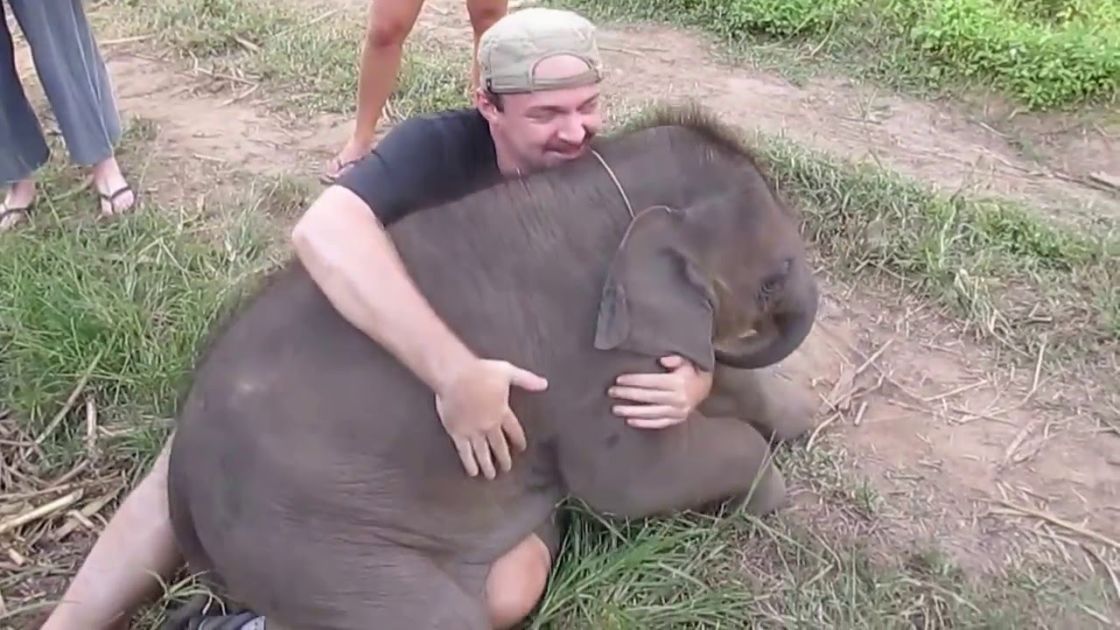 As with all animals in the animal kingdom, elephants love showing and receiving affection. We all thrive in an atmosphere of love and comfort, and when someone shows us positive affection, we are drawn to that person. It is a perfectly natural reaction for a creature to seek comfort and love with another creature, and this little elephant proved to be no exception to this rule.

Elephants are social creatures, as are we and when it comes to cuddling, we’re pretty good at that. When the baby pachyderm approached the man, he got a nice pat on the head and then a hug – which led to the elephant to seek more from where it came from. Next thing the man knew he had the baby trying to sit on his lap! 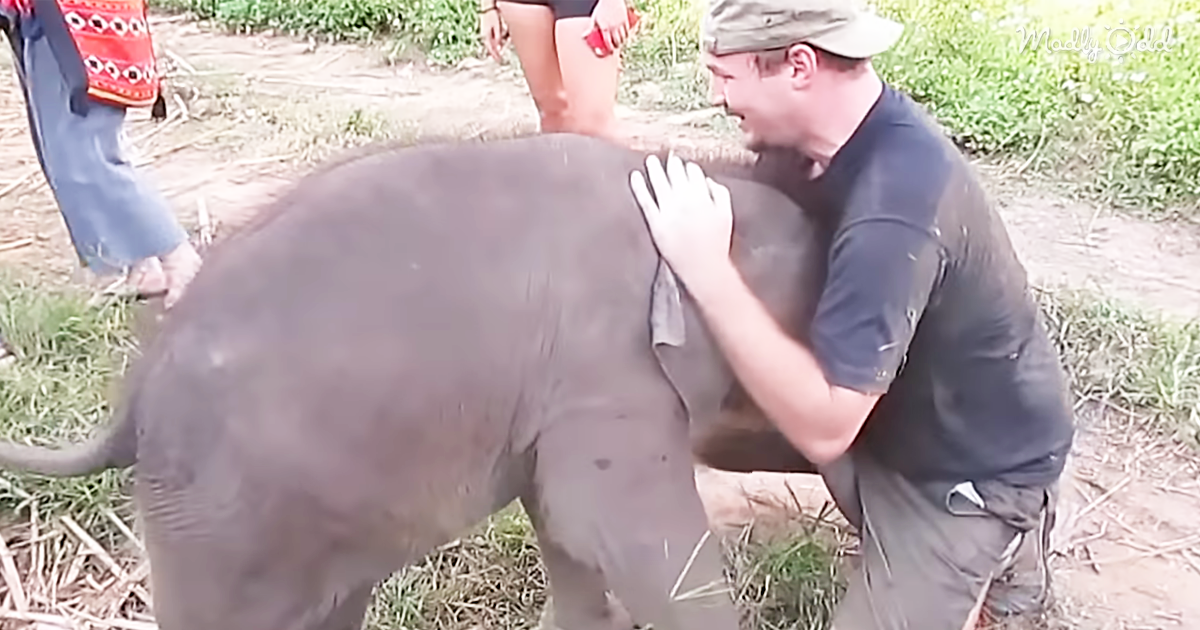 Of course, with this hilarious sight, all cameras were rolling as his friends had a good laugh at his expense. The baby definitely wanted more and wanted to get closer to his human friend for a good cuddle. He put his head on the man’s lap, sat on him and even kind of nuzzled ‘Hi.’

It seemed like the tourist definitely got more than he expected in his trip – but definitely an experience of a lifetime. Elephants are quite mellow and gentle creatures, even though they are so huge. Gentle giants, it is always heartwarming to see them interacting with humans. 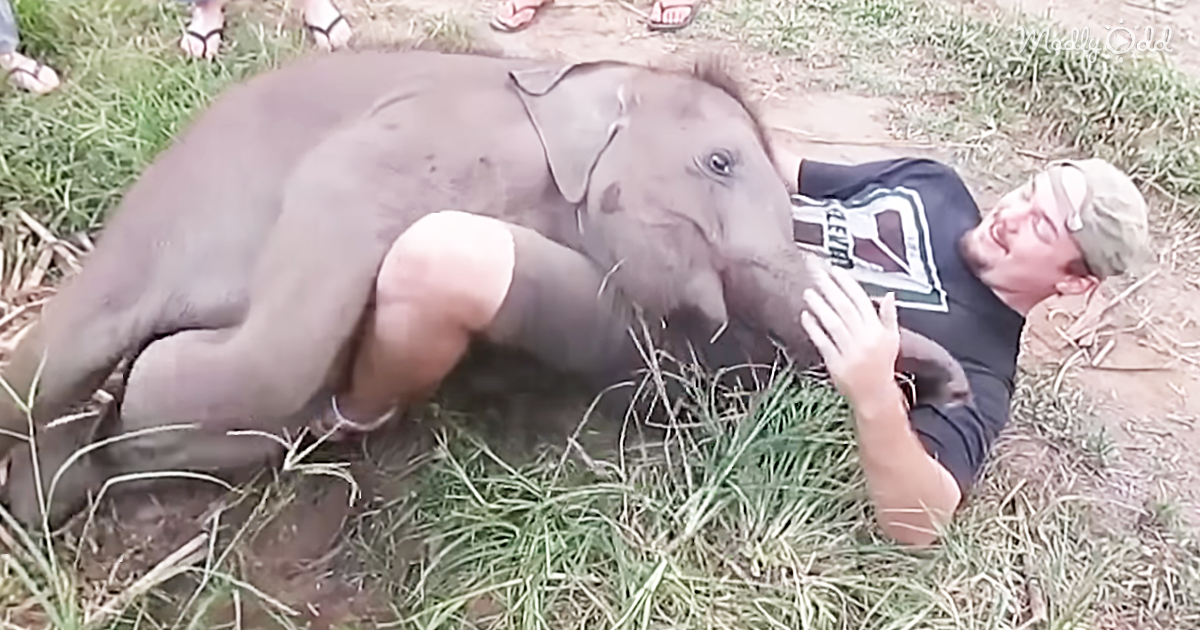 This human sure had a great time, but if the calf were any bigger, he would’ve been squished! For an infant elephant, he still weighed a good amount, enough to ensure that the man couldn’t keep holding the elephant on his lap for long. Rolling on the dirt, it was evident this was just a playful baby, and all of us are not immune to a baby’s charms.

After the playful interaction was recorded, and he had milked all the attention he could, the calf went on his merry way in search of his mother. I was rolling on the floor, laughing at the calf’s antics and his playfulness. I wish I could’ve been there as well.