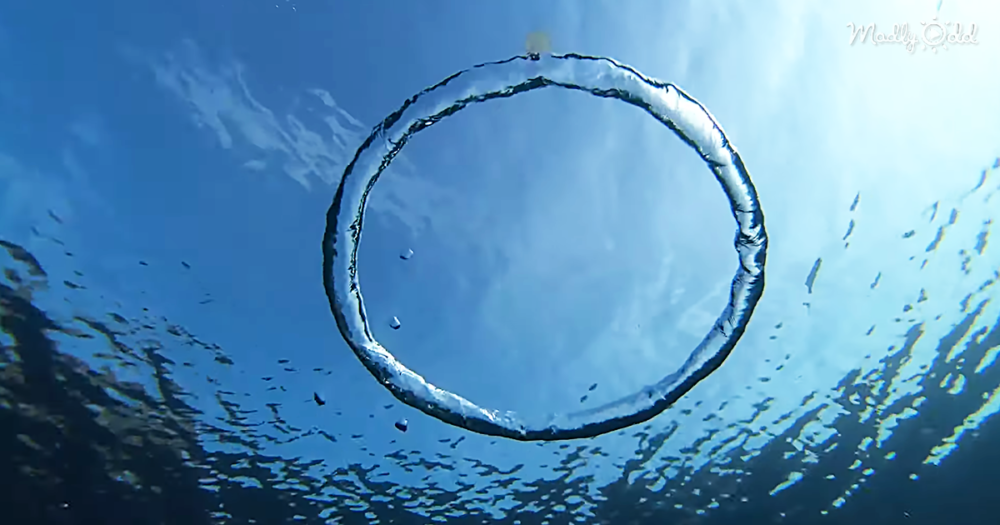 It’s not always clear what makes specific videos go viral. Many of them contain quite simple but less known natural or scientific concepts. In this particular video, two specific events which could have led to it going viral, or it might be the combination of both.

We are quite used to seeing people blowing smoke rings in the air. It is however not so common to see divers creating similar circles shapes but with air released under the water. With one chance out of 10 the air bubble does not break up but forms a circular twirling tornado circle, which keeps its motion and form while traveling to the water surface. 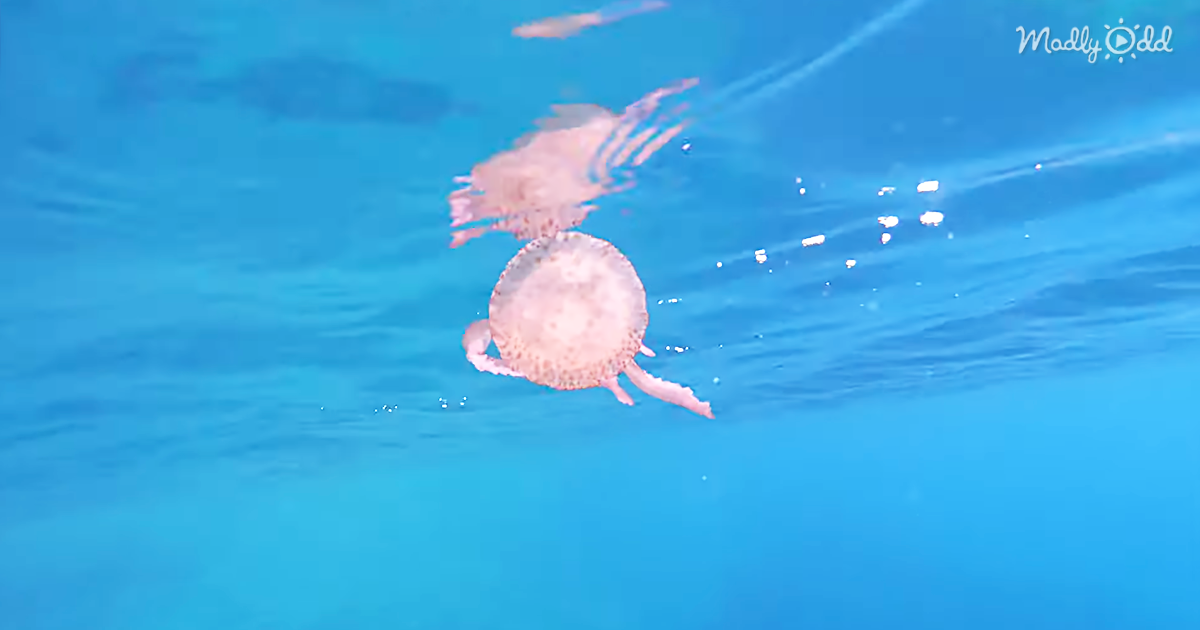 This video displays one of these delightful silvery looking doughnuts spinning its way up the clear blue ocean. In itself, this is obviously quite a sight to see. But then something else happens which might be the cause of this video’s viral status. With its suction motion, the bubble ring catches a poor little jellyfish up into its vortex.

Within the wink of an eye, the jellyfish is caught up in the spinning bubble ring and spun around inside of it with an incredible RPM. With the obstacle in the circle, the bubble ring luckily did not take too long before it broke up. Also lucky for the jellyfish that it does not have a brain, so at least it didn’t suffer a severe concussion. Being tumbled around at such a high speed has however left it completely disorientated, and it took