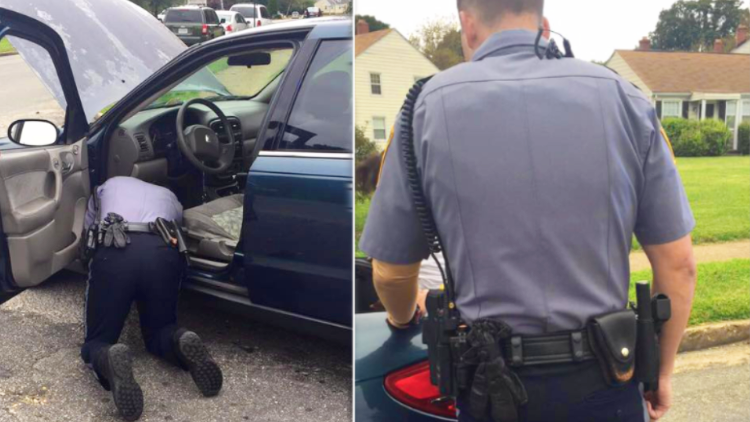 When you hear about a civilian recording a police officer, you usually assume the worse — but as you will see in this video below, this officer was “caught” on camera doing just doing his job.

If you get pulled over, you don’t know what to expect and if there’s a violation of some sort, you could get anything from a friendly warning to a steep fine — officers usually have a lot of discretion.

For Chy-Niece Thacker, getting pulled over was more than a little bit nerve-wracking. She was on her way to a job interview and when she saw the flashing lights in her rearview mirror, it looked like a huge monkey wrench was about to be thrown in the works.

Was she going to be late? Would she make the interview at all? She pulled over, rolled down the window, turned the engine off, and waited to face the music.

Thacker hadn’t been speeding, and like many of us, had never been pulled over in her life.  Instead, officer Jenkins pulled her over because he’d noticed her brake lights weren’t working.

She was stunned in more than one way. She explained to the officer that she’d installed brand-new lights just a month earlier.

In fact, she’d done it herself. When the mechanic at Firestone said it was going to cost $600 just to run diagnostic tests on the car’s wiring, she said “No thanks” and turned it into a do-it-yourself project.

She was flabbergasted, but any of us who aren’t technically-savvy and or on a budget can appreciate her situation. For me, I still have trouble getting the batteries out of my remote, but I digress.

Now she was really nervous, expecting that (at best) the officer was going to write her a big, fat ticket.

Instead, he asked her to open the trunk. While she filmed with her cell phone, he began fiddling with the wiring and before long, the lights were working perfectly.

As Thacker later said of this act of kindness, “He could’ve easily given me a ticket, but Officer Jenkins stepped out of officer role and into a mechanic role to make sure I was straight.”

She posted the story on social media and now many thousands of people have had a chance to recognize Officer Jenkins, the everyday hero.

Let’s hear your thoughts about this story in the comments at Facebook. Be sure to like and share: it’s a great way to pay tribute to this wonderful police officer! 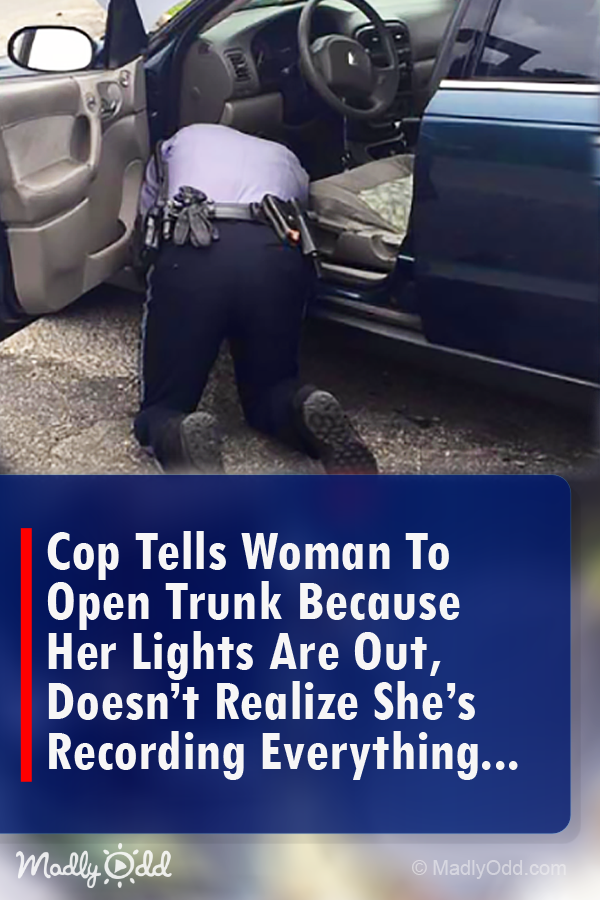