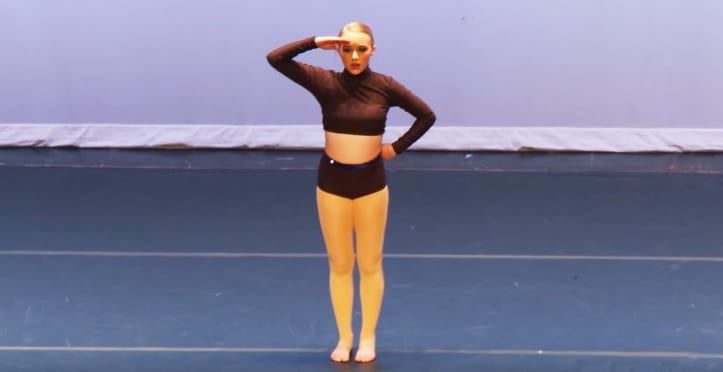 If anyone has a tough job, it’s police officers. Some of their work involves sheer boredom, whether it’s getting through that pile of paperwork that never quite goes away or long and uneventful hours on a stakeout. At other times, the job has moments of extreme danger where life and death decisions have to be made in a split-second.

Unfortunately, there are cops who come home injured or not at all. Police officers frequently have to deal with people who aren’t at their best and that can be psychologically draining. All the while, cops are expected to keep their cool and behave professionally. The job can be rewarding, but it can also be thankless.

In a rather unconventional tribute to police officers, a dancer named Tylar Olsen dedicated one of her routines to the unsung heroes in blue. Her dance partner is also a little bit unusual: he’s a police officer standing off in one corner of the stage, perfectly motionless.

As Olsen’s routine unfolds, radio personality Paul Harvey’s poetic essay “Policeman” plays. “What is a policeman? He of all men is at once the most needed and the most wanted… He must be first to an accident, infallible with a diagnosis, he must be able to start breathing, stop bleeding, tie splints, and above all — make sure the victim goes home without a limp.”

Olsen’s routine continues while Harvey’s voice explains the dangers and frustrations that are the police officer’s lot in life. Her final, surprising, dance move may bring tears to your eyes.

How did you like this unusual combination of dance, poetry, and police officer appreciation? 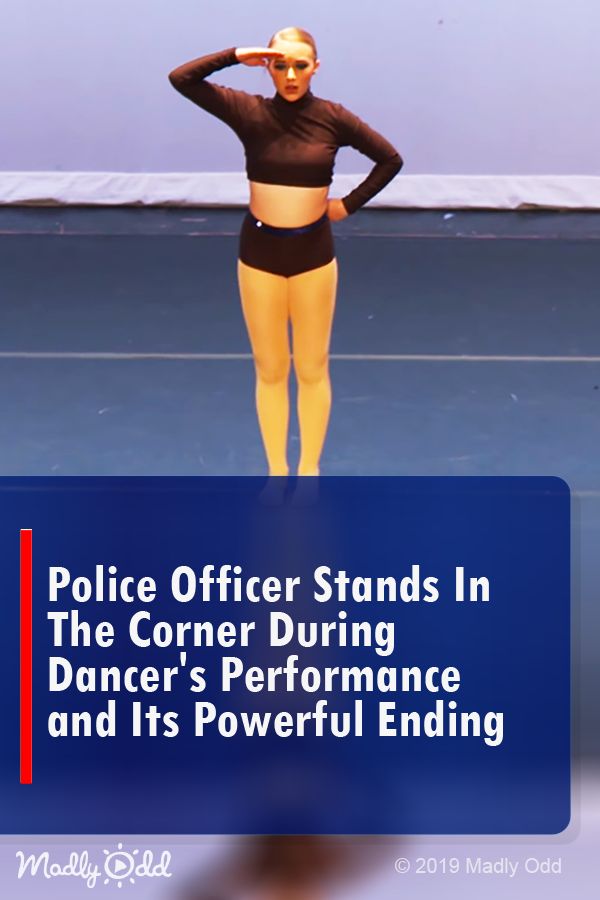