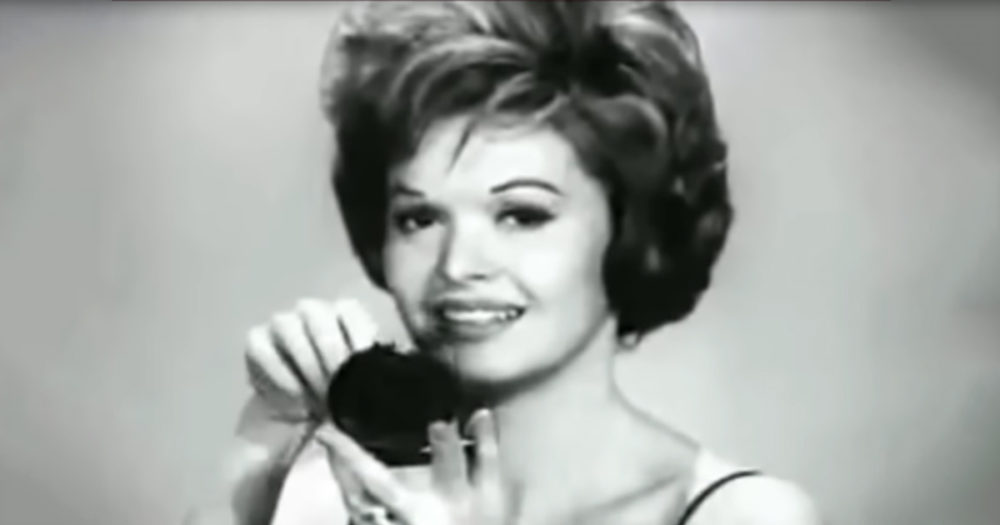 Maybe you’re a nostalgia buff like the growing many who yearn for “the good old days” or maybe you lived those times.

We look back on the past with fond memories and we should because that’s the place where we lived when all of our happiest times were happening. Grandma, Grandpa, and all of our loved ones are waiting for us there (and in Heaven above) so many wonder: Why wouldn’t we yearn for those good old days?

Of course, it’s more complicated than wishing, but we can always laugh together, can’t we? We can go back and look at those days together and chuckle about those things that simply wouldn’t stand up to today’s snuff.

Watch as Fred Flintstone sells you a pack of Winston’s, a cartoon bull sings about chewing tobacco, and a marriage hinges on the quality of instant coffee

“When there’s no man around…” an announcer grimly tells us while we see a stranded woman walking along a roadside on a dark, rainy night,  “…Goodyear should be.”  You got that, husbands?  Buy these tires for your wife and she’ll never have a breakdown.

Forget the hit series Mad Men about fictional 1960s ad executives. These commercials from 50 years ago are the real deal and they’re horrifyingly funny.  Watch dad turn his healthy-looking teenage son on to the joys of Beech-Nut Chewing Tobacco.

See a pretty young secretary lament that even though she’s using Fresh stick deodorant her boss still hasn’t hit on her so she can “get ahead in business.” Ouch.

This series of “politically incorrect commercials” are just that, and then some, by today’s standards. When you aren’t gaping at them in shock you’ll be howling with laughter. At least one of the commercials feels ahead of its time, purposely poking fun at the ads of its competitors.

Keep an eye out for the Maxwell House ad that turns the troubled marriage into a melodrama parody sketch befitting of The Carol Burnett Show. You’ve gotta hand it to the ad whiz who came up with this one.

Wait till you see the Saturday morning commercial aimed at boys for the toy that promises “Seven guns in one!” A kid runs through a backyard playing  with an amazing toy. It’s practically bigger than him! What is it? Why, it’s the OMA, short for “One Man Army” — heck, I want one!

One viewer nicely summed up this commercial collection.  “And now to completely shatter your image of another one of your childhood favorites. Mel Blanc, the voice of Looney Tunes and Merry Melodies fame, was the voice of Barney Rubble selling you Winston cigarettes! Mr. Blanc also provided the voice for the Frito Bandito.”

Are you ready to go back to the 1960s?  Put down your Folger’s and hang onto your sombrero. A good sense of humor is required. Enjoy!