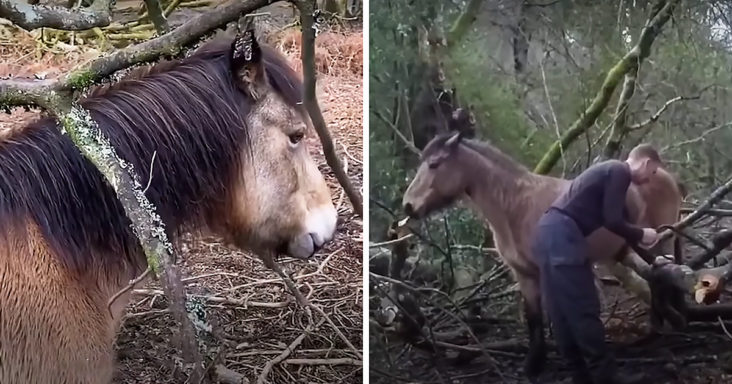 Many heart-warming stories of humans have stepped up to save animals in distress. It may either be a dog stuck in the middle of traffic or helping a feline friend during troubled times. Some people go beyond to help these innocent animals. 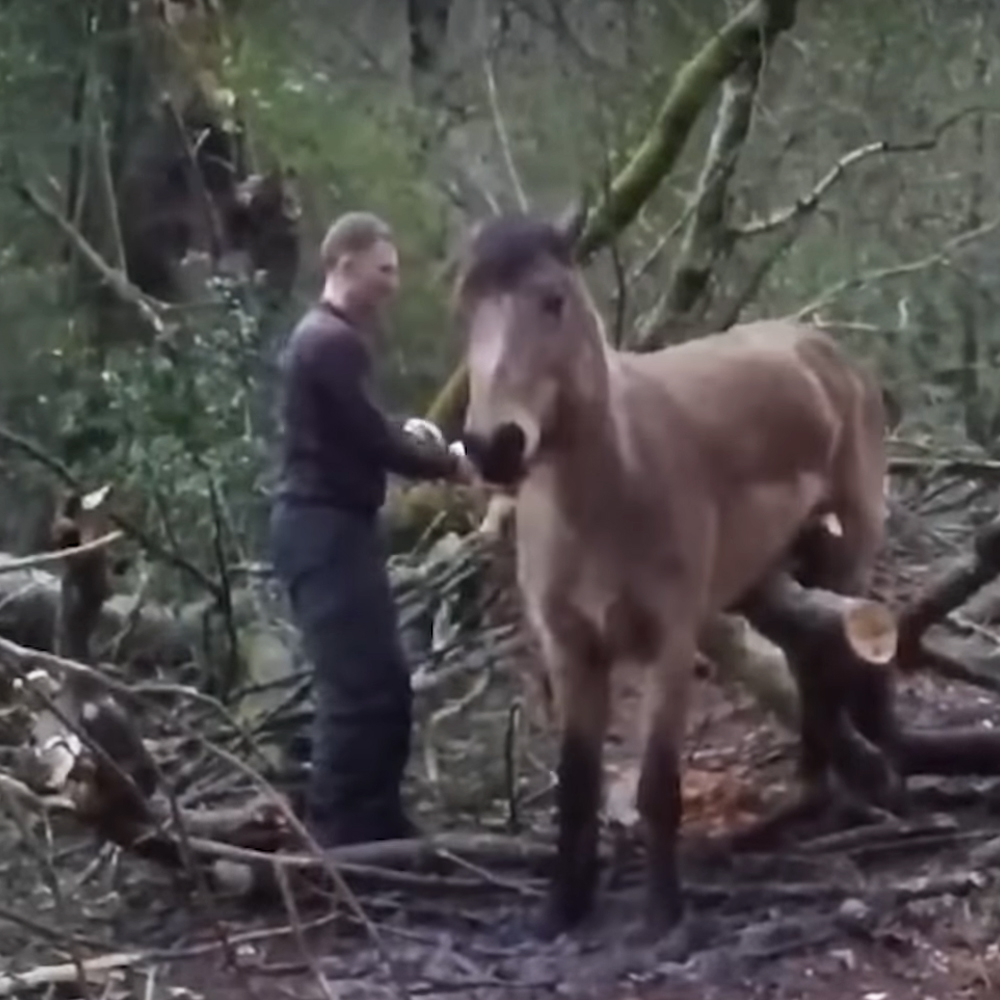 This story is also about a heroic rescue mission involving a poor pony who somehow got stuck under a heavy tree branch. However, the innocent pony was quite lucky to have found a savior passing by through the quiet area of the forest.

The man had gone for a walk in the forest. He noticed that many trees had fallen down recently and found a pony trapped in-between the branches. The man observed that the horse’s hooves were stuck quite deep in the mud. 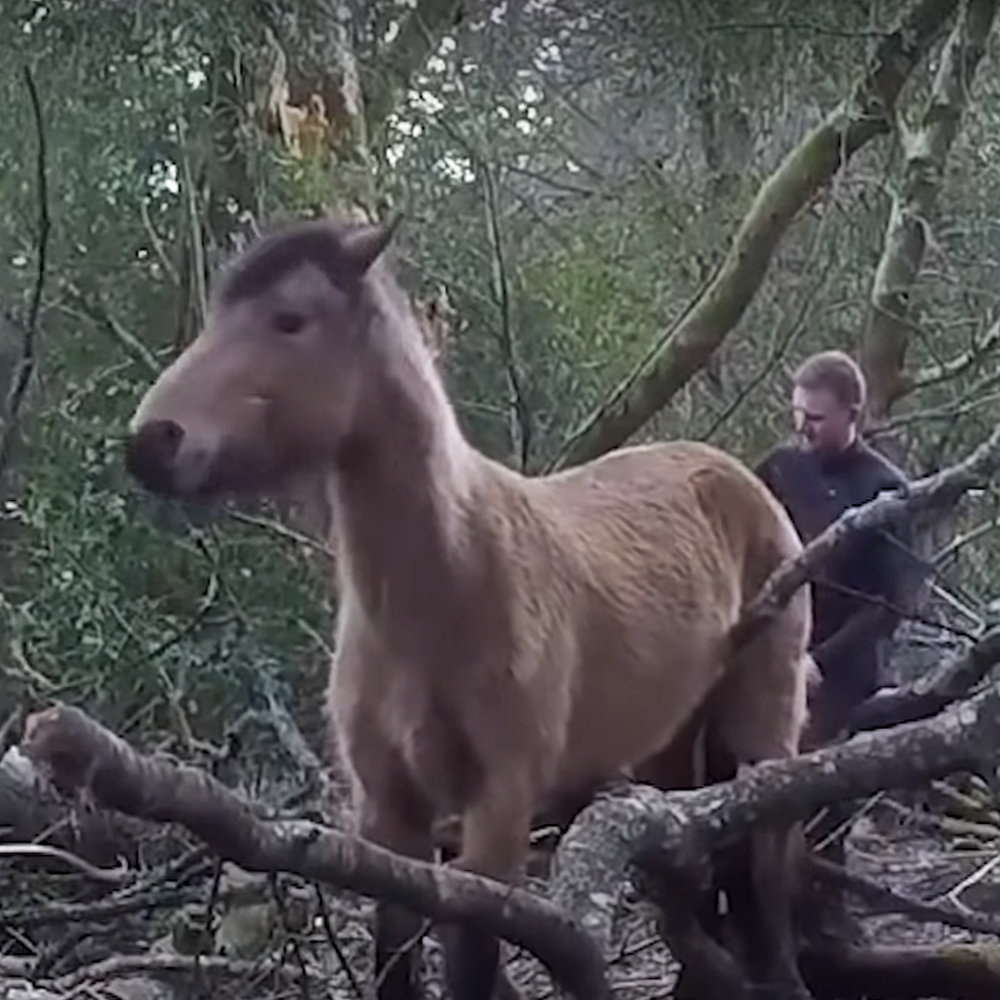 He assumed that the pony must have stood for quite some time now and quickly started to free him with the tools he had with him. He even tried to remove the branches manually.

However, it was not enough. So, the man had to drive back to his home and get the proper tools needed for cutting the branches. He brought a saw that could help him cut down the branches. 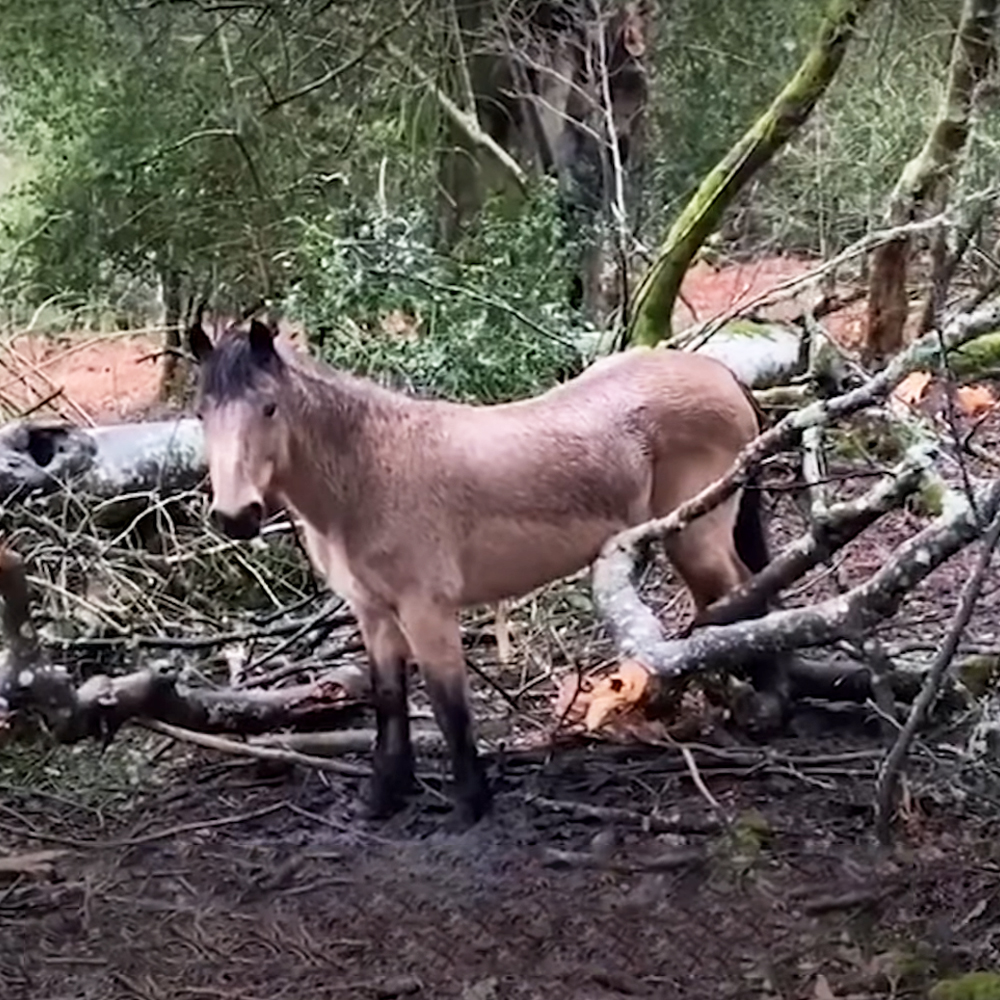 It took him almost an hour to return to the pony. Soon, he started to cut the branches, piece by piece, so the pony could be free. Surprisingly the pony was very calm and was not scared of the human.

The pony must have felt that the human meant no harm because he did not run away when he got free. He had some water and searched for food as he was hungry. This man indeed had set an example for all of us on how everyone should treat animals.